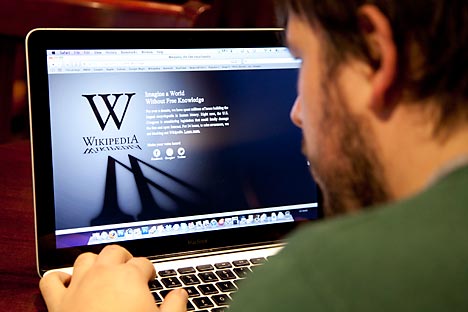 In the near future Russia may block certain websites included in so-called "black list" and containing "harmful information." Source: ITAR-TASS

Despite widespread protests from both activists and government officials Russia’s State Duma adopted a controversial bill on Internet blacklist in the second and third readings which fueled the fears about imposing censorship among Internet users.

The bill intended to block access to “harmful Internet resources” and block the websites included in a blacklist was adopted by Russia’s State Duma: 441 deputies out from 450 supported the bill. It is expected to come into force in November, 2012.

The controversial bill spurred debate within Russia’s community over censorship in Internet and brought about a lot of indignation among Russia’s popular search engines such. For instance, the Russian-language version of Wikipedia went dark on July 10 to protest the bill. Activists and officials alike have condemned the bill, saying it could lead to censorship on the Internet. Russia’s other search engines and social networks such as Yandex, LiveJournal, Vkontakte joined Wikipedia as well to protest the bill.

The authors of the bill claim that the bill is targeted exclusively against sites that contain child pornography or drug ads or promote suicide. However, the Presidential Human Rights Council notes that in their current form, the criteria for assessing websites are too subjective. The council does not rule out the idea of a register, but suggests that the criteria should be discussed at public hearings involving online experts. The council’s statement also says that the bill infringes on the freedom of distribution of data in the Russia Internet. Internet companies including Google and Yandex have protested the bill, expressing concerns that screening will slow down Internet rates and cause many legitimate websites to close down.

Internet expert Anton Nosik called the bill “inadmissible.” “It is a product of totalitarian bureaucratic thinking,” Novik said. “This register, if they compile it, threatens not only Wikipedia, but also the freedom of online information exchange on the Runet as a whole. The current version of the bill that our legislators plan to adopt suggests IP address filtering, but many hosting services share IP addresses for many resources. Shared hosting affects Twitter, Facebook, YouTube, LJ [popular blogging platform LiveJournal] and Wikipedia.

Prime Minister Dmitry Medvedev has also criticized the idea of establishing a register of banned sites, and an opinion signed by Deputy Prime Minister Vladislav Surkov makes it clear that the government will only support the bill only if it loses the provision regarding the website register.

Nikolai Nikiforov, minister for communications and the media, called the move by Wikipedia important, but disagreed with the site’s intention. “I don’t support Wiki’s wish to remain closed; however, this move is an important response by the community, an indication that the bill needs to be improved,” Nikiforov said.

Yaroslav Nilov, chairman of the State Duma Committee on Public Associations and Religious Organizations, who proposed the amendments to the bill, insists that the protest by the Wikipedia is purely emotional. “When it is our children’s health that we are talking about, such protests tend to produce a negative impact on this site. Many failed to read the document at all and, when making decisions, were guided exclusively by the emotional assaults of the media, which harped on about the bill on the Internet,” Nilov said. Nilov is particularly hopeful that the bill will prevent suicides among children. “We must look at the statistics one year after the bill has been passed and compare the figures, then we’ll have a clear picture,” the chairman said.

This story is based on materials from Wikipedia, BBC, Russian News Service, Vedomosti and Kommersant