BRICS financial markets as diverse as the countries 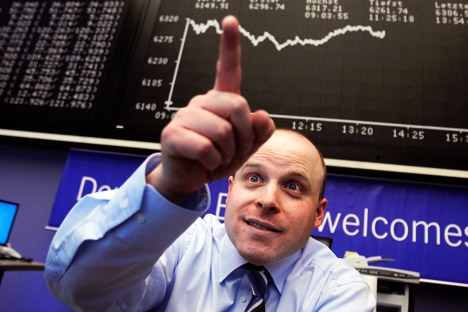 Brazil, Russia, India, and China, before being grouped as the BRIC countries by Goldman Sachs Economist Jim O’Neill, were for a long time on the periphery of the global economy.  These countries along with South Africa are now almost looked as a unit in the international financial markets. In principle, the five main stock exchanges of the BRICS nations can be categorized according to certain criteria, but in general, like the countries themselves, their financial markets have little in common.

First of all, it should be noted that when commentators mention BRIC, they usually just mean China and India, since the Asian giants usually outweigh the others in terms of importance, population and the size of their economies. Russia and Brazil are considered secondary members and their function is that of suppliers of raw materials to countries like India and China, which bodes well for the long-term growth prospects of the Asian powers.

Parallels have traditionally been drawn between Russia and Brazil. Indeed, in many respects (territory, population, GDP, their over-dependence on commodities), the countries are similar. However, as a result of its liberal economic reforms over the past 20 years, Brazil has made a huge socio-economic leap forward and this has brought success even to the stock market. In the post-crisis period, these economic reforms opened a window of opportunity for Brazilian stocks and created a safety cushion for the domestic market in 2011 in the midst of the global collapse of stock markets.

They also provided opportunities for Brazilian companies to go public and make IPOs. The secondary global offering of securities in state-owned oil company Petrobras on the Sao Paulo Stock Exchange (Bovepsa) in September 2010 was the largest in the world (more than $70 billion). On Russian stock exchanges, anything above $500 million is unrealistic, although Russian companies have made IPOs worth tens of billions of dollars in Hong Kong, London and New York. Brazil borrowed its stock-exchange infrastructure from Paris; in 1997 Bovespa launched an electronic system purchased from the Paris Bourse.

In contrast to the Brazilian market, the modern securities market of China is not considered to be internationalised (all figures used in this article about China and India rely on statics provided by the Higher School of Economics in Helsinki.)  It is widely believed that China has no particular need to develop its stock market. The salient feature of its economic model is to maintain the state’s leading role in all areas of economic life, which incidentally is also the case in Russia. In China, bank lending has fully guaranteed the investment needs of the economy and the regulatory authorities have substantially restricted trade in securities.

The Chinese retail market, too, has seen an influx of capital. According to brokers, on some days up to 300,000 individual accounts are opened and banks provide credit collateralized by real estate. Since China imposes strict limits on outward movement of capital, individuals and companies have generated vast savings that cannot be invested abroad.

The growth of the stock market has caused a great public craze for investment, but in 2007, the regulators banned the purchase of shares on credit and the use of bank loans to speculate on the property market, but the measures did not produce the desired result. The ratio of market capitalization to earnings (P/E) in some stocks reached 1,000. This eventually led to the crisis of February 27, 2007, when shares were dumped en masse by retail investors. In order to promote further development of the stock market, China’s Ministry of Finance decided to increase the registration fees for stock-market trading from 0.1 to 0.3%. The attempt to tighten control over the influx of speculative capital into the country led to a massive withdrawal of funds from the Chinese market, to the tune of  $140 billion, which marked the beginning of a wholesale adjustment of the world’s stock exchanges.

It may seem from the above that countries that are not export-oriented, i.e., the so-called manufacturing economies, are focused instead on investment based on internal demand. However, this is not the case. India’s market is the opposite of China’s, boasting as it does a high share of foreign companies. Despite the fact that the Indian market is more than 150 years old, the population of the country does not heavily invest in stocks with only 1.2 percent of savings directly being invested in stocks and bonds . Financially, Indians are a shade less passive than Russians. Therefore, the so-called "country of a thousand tribes"
with a population of over one billion people and a fairly high level of household savings has a permanent need for capital inflows from abroad. At the same time, the influx of capital overshadows its outflow (the exact opposite situation in Russia).

Foreign institutional investors hold more than 10% of Indian stock-market assets. The high concentration of foreign capital means that electronic transactions are few: more than 70% of transactions are done through the top 100 brokers.

Because it is not dominated by raw materials, the Indian market is highly dynamic in terms of the proportions of sectors. For example, in the early 1990s, manufacturing companies made up 80 percent, in the 2000s, the figure dropped to less than 10 percent, before shooting up again to almost half of the total market capitalisation. Moreover, the share of the hi-tech sector has grown to 20 percent. In Russia, the share of the primary sector remains stubbornly above 70 percent.

As a rule, a higher share of foreign capital leaves markets vulnerable to political risk. The results of India’s parliamentary elections in 2009, which heralded political stability and a government capable of further economic reform, led to an increase in the country’s share in the model portfolios of investment houses. In particular, Morgan Stanley upgraded Indian stocks to "overweight" for the very first time. The example of Russia should also be cited at this juncture: the political crisis in the winter of 2011-2012 provoked a "discrepancy" in the growth rates of Russian stock indices and those of competing exchanges.

Because the BRICS countries are more divergent than alike, we believe that investors, instead of considering them as a group with equal opportunities, will eventually give preference to just one. The main task of the Russian market is to keep pace with the transformation and global reforms of its competitors’ trading platforms. The move by the MICEX-RTS in June to launch futures contracts on stock indices in Brazil, China, India, and South Africa is symbolic in this regard. It is worth recalling Jim O'Neill’s suggestion that four more countries should be added to the list: Mexico, South Korea, Turkey, and Indonesia.

This story is published in abridged form. The original version is available in Russian at Vedomosti.ru