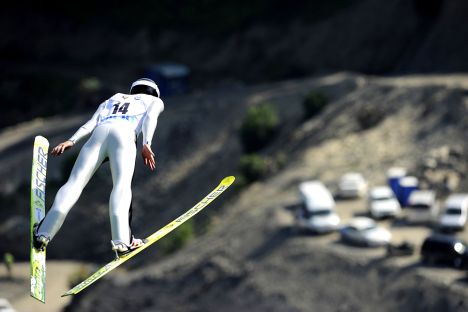 The summer continental ski-jumping cup held at the Krasnaya Polyana ski resort near Sochi last weekend brought together athletes from 10 countries, including 56 foreigners and 12 Russians

On the first day, Jan Matura of the Czech Republic won the competition with 230.1 points, followed by Anders Jakobson of Norway (227.1) and Tomaz Naglic of Slovenia (222.4). 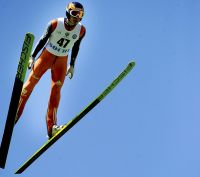 Russian performance in this sport has never been stellar, but now that Sochi has its own ski jump – built in preparation for the 2014 Olympics - the Russian team has a better opportunity to rise in the rankings. The team will have the advantage of a home ski jump and a chance to study the local winds, which can spring surprises on any competitors, as the ski jump is located where the Caucasus Mountains meet the Black Sea.