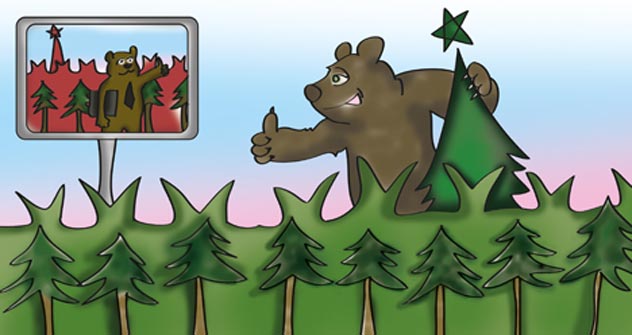 The world will see Russia’s internal development at the global summit in September.

The upcoming APEC summit in Vladivostok and the creation of the Federal Ministry for the Development of the Far East of the Russian Federation means that Russian society and business elites are ready to take a new look at Siberia and the Far East. Rather than being considered simply a distant outpost on the periphery, these developments indicate that these regions should now be viewed as a potential center of economic development.

Usually, the economies of Siberia and the Far East are described only in critical terms. Experts writing on the subject use terms like stagnation, conservation, deindustrialization and depopulation. Despite the titanic efforts of the federal center in recent years – including the preparations for the APEC forum – the problems in the region remain unresolved, and some of them have even gained strength. For example, the share of the Siberian and the Far Eastern Federal Districts in Russia’s gross regional product (GRP) decreased from 16.4 percent in 2001 to 16 percent in 2011. The region’s population continues to decline, and according to the data from Russian Public Opinion Research Center (VTsIOM), up to 40 percent of the region’s inhabitants say they are ready to move immediately.

Some experts think the region’s salvation lies in energy resources, but facts indicate the opposite. In 2008, when the Irkutsk Region first became an oil-producing area, the real income of the region’s inhabitants decreased significantly, and this is not the only example of that kind in Siberia.

It turns out that so far the hydrocarbon development of Siberia has not resulted in an increase in the standard of living for local residents. Unlike in the Persian Gulf monarchies, where citizens benefit from oil wealth, the benefits the region has reaped from energy resources have not trickled down.

Some Russian businessmen have made big statements about the potential of Siberia. For example, businessman Oleg Deripaska stated at the St. Petersburg International Economic Forum that the internal regional product of Siberia and the Far East can be doubled by cooperating with Russia’s Asian neighbors in developing energy resources and infrastructure.

At the beginning of 2012, Sergei Shoigu, who was then Emergency Situations came up with the idea to establish a state corporation for the development of Siberia and the Far East. On April 29, Deputy Prime Minister Igor Shuvalov confirmed the Russian government’s support for this idea, announcing: “we are planning to establish a state corporation that will invest in the Eastern Siberia and the Far East.”

This new corporate would effectively be a kind of state-within-a-state that could encompass up to 60 percent of Russia’s territory. This corporation could control the rights to developing and licensing hydrocarbons or set the conditions for foreign investment from its proposed headquarters in Vladivostok. Critics have called it anything from an exclave to a black offshore zone for the benefit of a small group of elites. This project has yet to be realized, which is probably good. Russia’s experience with state megacorporations has not been exactly positive. The creation of a new federal ministry for the development of the Far East is much more promising. The Federal Ministry for the Development of the Far East of the Russian Federation will cover the territory of the Far Eastern Federal District; its main headquarters will be located in Khabarovsk. Its leader will be Viktor Ishayev, an academic and former governor, whom many believe has the ability to pull the region out of the abyss.

This project is a real alternative to the establishment of a state corporation, and the scope of the minister’s powers will serve only for the benefit of the region, especially regarding the regulation of foreign investments in the local economy. Big Chinese companies have already indicated that they are ready to cooperate with the new ministry directly, and some of them have talked about investing dozens of billions dollars in the infrastructure and energy facilities of the Far East.

It is quite possible that, thanks to this new ministry, the development of the Far East and Siberia will finally begin and the catastrophic out-migration of the population will be suspended. One idea to consider would be the payment of bonuses to those willing to live and work in the region. This practice was accepted during the Soviet era, and it is no secret that the majority of those who moved east made the decision for monetary reasons, not the charm of the taiga.

The APEC summit may become a very suitable occasion to present this new ministry to the world. The new Eastern policy of Vladimir Putin is set to rise in Khabarovsk and Vladivostok, on the Amur banks and the Pacific Ocean shores.

Sergei Luzianin is the deputy director of the Institute of the Far East at the Russian Academy of Sciences.