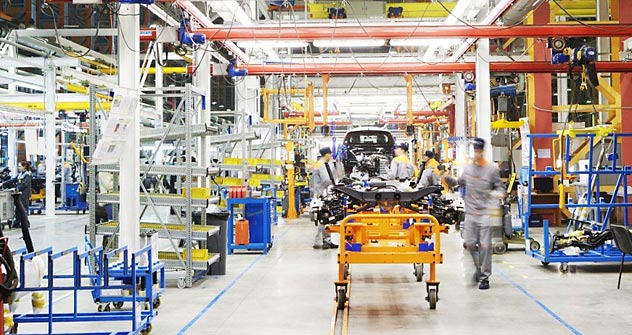 The U.S. company’s joint venture with Sollers to bear fruit after only a year in Tatarstan.

In addition to the three models that are already assembled in Russia, Ford, in partnership with Sollers, has launched the production of another four models at its plant in the Tatarstan town of Yelabuga. The factory there will make Explorer, Kuga, S-MAX and Galaxy models. For now talk is only focused on large-component assembly, although the company promises to arrange full-cycle production in the future.

“Launching the production of new models in Russia, we plan to strengthen Ford's position in the SUV segment. Based on results for the first half of the year, we can see a significant growth in demand for Explorer and Kuga models among Russian customers,” said Ted Cannis, president of Ford Sollers. The company reports that these models will be assembled for several years based on large-component assembly. A few years in the future, there are plans to arrange full-cycle production as part of an industrial assembly agreement according to statements from Ford Sollers. Representatives at the company refused to name precise volumes of production.

Since the end of last year, the Ford Transit commercial vehicle has been produced at the plant in Yelabuga. According to Ford Sollers' Executive Director Adil Shirinov, more than 5,000 of the vehicles have now been produced. The current capacity of the Yelabuga plant is 75,000 cars a year. Another Ford Sollers enterprise, in Naberezhnye Chelny, is currently undergoing modernization. The company also has a factory near St. Petersburg, where it produces Focus and Mondeo models. The volume is remarkable considering that Ford and Sollers signed the agreement to create the joint venture only last year.  recall that Ford and Sollers signed an agreement to form the joint venture only last year. According to plans, Ford Sollers will produce Ford passenger and commercial vehicles in the Leningrad Region and the Republic of Tatarstan.

The increase in production at Yelabuga has resulted in a hiring boom. “The business has more than 850 vacancies, in technical engineering and working specialist fields,” stated a company report. At the moment, the factory employs 1,160 people.

'The Explorer and Kuga are reasonably expensive off-roaders and they are in a growing segment for the Russian market. Thanks to local production it is very possible that their prices may start to fall,” said Sergei Udalov, deputy CEO of the Avtostat analytical center. The price for a Ford Explorer starts at 2 million rubles while the Ford Kuga starts at 1 million rubles. Oleg Datskiy, CEO of Auto-Dealer.Ru, believes that the company is counting on these models becoming more popular in the future. “They found their feet in the budget sector and are now banking on off roaders and minivans. These are models that are sure to be popular in Russia,” said Datskiy. At the same time, he believes that the local assembly of these models will have no impact on their price whatsoever.