A curious adventure, from Russia's impressionists to the Marriott Renaissance 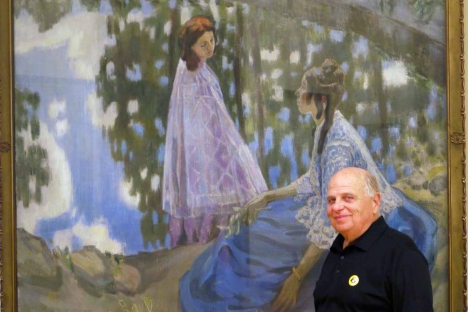 Matthew G. Crisci continues his narration of his adventures in Russia. This time he tells us about his ecounter with the work of the Russian impressionists at Tretyakov Gallery and his arrival to the Marriott Renaissance

When Mike (who looked like something out of GQ Magazine) arrived, I explained our time together had a “non-tourist” objective: I was there to determine if there was enough public and private inventory from the Golden Age of Russian Impressionism (1880 to 1920) to create a rotating exhibit in the United States and London that would raise money for a “charity” called the American Russian Children‟s Hospital (ARChH) which specialized in the treatment of young cancer-stricken children.

Mike smiled and nodded. “I understand.” Not only did we spend significant time in the relevant sections of the gallery, he also took me to a first-ever exhibition of great impressionist master, Konstantin Korovin, at the American equivalent to the Museum of Modern Art in another part of Moscow. “Korovin‟s works have been collected from all over Russia. They are only here for two months. This is a very unusual event for Russia, and it quite possibly may never happen again.” I noticed he spoke perfect English. I wondered why.

I‟ve included a few of the masterpieces from both locations that virtually unknown in America. It was a breathtaking experience.

When we finished, we stopped at a small park and had two lemonade floats...yes lemonade floats. The fountain in the center was shaped like a picture frame. Very cool. Very Moscow. 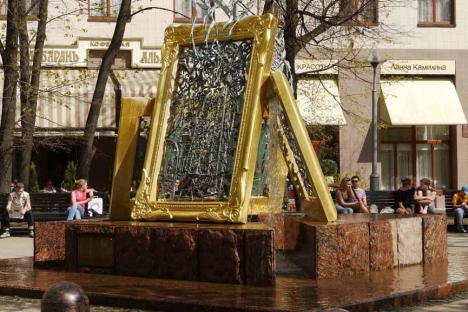 "People just being people on an urban Sunday afternoon, like anywhere in the world." Source: Mathew G. Crisci

It was during this lemonade float break I learned Mike was a lot more than a tour guide par excellence…Mike was a busy, practicing physician who had donated his Sunday to share his passion for art and the cause of children‟s hospital which he vigorously supported.

It was now almost 6 p.m. Mike wanted to show me how to get back to the hotel on the Metro. “It‟s only a few stops and 30 rubles,” he rationalized. “Nyet, trust me, I‟ll get lost.” Minutes later he had negotiated a 500 ruble fare with a local driver to return me to the Marriott Renaissance, Olympic Park.

As I looked out the window, I had a bad feeling about the ride. Nothing was familiar, “Da, Angliyski.” “Nyet,” responded the driver. Sure enough, we pulled into “another” Marriott Renaissance, He put out his hand. “Da, Marriott.” I said “Nyet, Marriott.” He restated, “Da, Marriott,” then took the money out of my hand and drove away.

I approached the desk clerk who I assumed spoke English. Unfortunately, I was so frustrated I started speaking at 1,000 words a minute. The receptionist thought I wanted to check in to a competing Renaissance. She started to pitch her property: “Better bar, better breakfast buffet, bigger rooms, much larger...” I asked to see the manager. Thankfully he immediately understood the problem. He returned after a few calls, “Not so easy. Sunday. Limited cabs are limited, ride will cost 800 rubles. Okay?” I nod. “Car here in about one hour.” I nodded a second time since 17

Eventually, I got back to the right hotel with a very proper buzz (My kids swear I am a drinking lightweight). I called to leave an apologetic message for David, assuming they were long gone. To my surprise they had waited. David said they were starting to understand “Matt time.” Then the good news: dinner was all arranged. “We are going by metro to a well-priced Chinese restaurant not far from Red Square. Should be rather fun,” said David, “you know that strange Cyrillian language and all.”

Surprising, they motored around the metro like pros. At dinner I learned Charles and David both graduated from Oxford with honors. David was a mathematician, an early computer innovator at IBM, and held several high-level government strategic planning positions. Charles spent years as an governing officer in her majesty‟s service in Africa, and was at the forefront of enhancing early African-British relations. I was so intellectually intimidated by their understated curriculum vitae that I differed to their judgment on all the menu decisions and didn‟t dare inquire about the per-person bill calculations.

Back in my room, I pounded down a ton of water to avoid dehydration, and then hit the sack thinking all‟s well that ends well....