The last shall be first 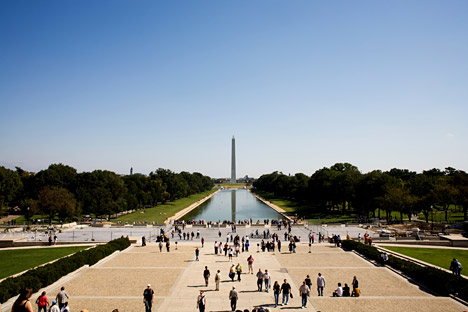 I found myself face-to-face with the Washington Monument. Source: Getty Images.

Last moments are identifiable in a way that first moments rarely are.

In the third week of July, I took my last ride on the Capital Crescent Trail; I had my last yoga class at the Yoga Fusion Studio, and I raced my last triathlon. In June, I made the last school run; I went to St. Alban’s Parish for my last Sunday service; I had my hair cut for the last time by Max, the fabulous Brazilian stylist. In May, I attended a Stoddert Soccer practice for the last time; I made my last trip to the theater in Anacostia where the Washington Ballet likes to hold performances; I went to my last elementary school auction. Because moving a family overseas isn’t exactly easy, I’ve been having last experiences for a while now. Some of these have been painful; some are worth celebrating, but because I can identify and schedule them, the effect either way is mitigated.

Last moments are identifiable in a way that first moments rarely are. With the exception maybe of a first kiss, a first experience is rarely worth marking – maybe it won’t be a first time; maybe instead it will be an only time. It’s only worth attempting to recall the first meal you had at a particular restaurant, for example, if later the place later becomes one of your favorites. And why note the first time you meet someone? There’s no way to know if that person will become someone of importance in your life. The saying goes that “you never get a second chance to make a first impression,” and this is true, but first impressions can be mitigated over time. The last impression, however, is frozen.

In the days before we left Moscow in 2008, I made a special effort to do my favorite thing in that city – come up out of the metro at Okhotny Ryad into Red Square. Entering Red Square from that angle, it’s impossible not to be awed by it, and I wanted to have that experience one last time, so I did. But that was not my last impression of Moscow. Instead, it was sneaking out of my apartment at 3:30 a.m. so as not to wake the neighbors, and then having my early morning flight delayed by a man who had gotten so drunk in the bathroom on a bottle of whiskey he bought in Duty Free that he had to be removed from the plane. That last impression only solidified my belief that it was time to leave Russia.

I hadn’t thought much about how I would spend my last Washington moments until today, when I happened to be driving into downtown from Northern Virginia, a path I almost never take. Crossing the 14th Street Bridge, I found myself face-to-face with the Washington Monument. A little later in the day, driving up Pennsylvania Avenue, I was heading right into the Capitol. I was glad for the experience; it reminded me of July 4 concerts on the East Lawn and the miserable January school holiday we took the kids to the top of the Washington Monument. It reminded me that there were plenty of experiences in the past four years worth remembering.

It also reminded me that even for the most organized of us, dutifully marking last times off a checklist, the moments that make the deepest impressions aren’t always the ones we plan.