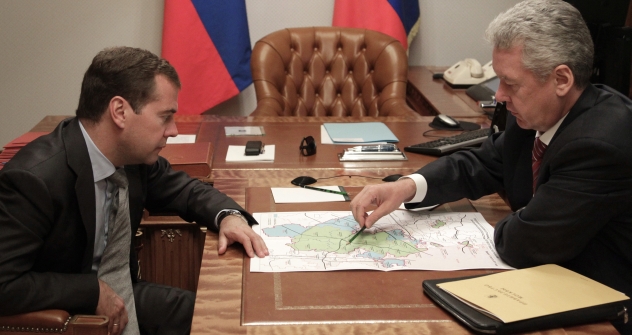 Urban planning experts are certain that in the next decade Moscow will combine with the Moscow Region, which will result in major changes in the way the city is governed.

The unification of the city of Moscow and the Moscow Region is inevitable, at least according to participants in a recent roundtable discussion on Moscow’s development from now until 2025. Such a process of unification, however, would have to be accompanied by a radical change of the city’s management system.

Alexander Balobanov, head of the Malye Goroda Institute of Strategic Development of Municipalities, explained the essence of the idea: “Most agglomerations in the world like Paris or Tokyo are built as a union of equal municipalities, which coordinate utility, transport and other administrative issues rather successfully. The Russian municipal government is too far from this level, but if we follow the path of least resistance and create a hyperregion according to a habitual authoritarian model, the system will collapse,” Balobanov said.

Experts believe that regardless of the city’s future development, Moscow will have to eliminate the municipal council system and provide more power to elective bodies, particularly in the spheres of improving general living conditions. According to Alexander Zakondyrin, a deputy of one of Moscow’s legislative assemblies, municipal assemblies already approve the construction of some infrastructure, but something more is necessary. Zakondyrin thinks that municipalities should have the ability to work with city development to plan the use of land plots and to participate in the Urban Planning and Land Use Commission headed by the Moscow mayor.

Experts believe that the municipal administration is probably the only sphere in which Moscow lags behind other Russian regions. Yelena Shomina, professor of the Municipal Administration subdepartment at the Higher School of Economics, said: “In fact, we have not studied Moscow, we have not written any works on it as the subject of such research does not exist.”

At present, however, municipal bodies are not equipped to manage the power of real district authorities; the members of district councils are volunteers and only the heads of regions receive any kind of salary. In addition, the deputies are not experts in urban planning. Zakondyrin thinks that deputies need assistance from professiona;s who can answer simple questions about how money can be spent and in what infrastructure municipalities need to invest.

Said Zakondyrin, “We shall gain certain results if we consider citizens’ needs, not officials’ desires. But this objective is one of those that are most difficult to implement.”