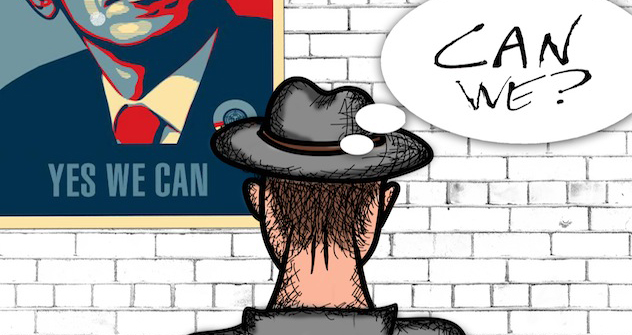 A lot has been written about the volatile conflict in Syria which has not only rocked the Arab world but has given risen to apprehensions of deep polarization among the comity of nations.

A lot has been written about the volatile conflict in Syria which has not only rocked the Arab world but has given risen to apprehensions of deep polarization among the comity of nations. The article attempts to add a layer of sanguine optimism to on-going debate on Syria while arguing about the prospects of creation of a zone of peace in Syria, without at least for the time being denting positions of any of the players in the region. In this endeavour, the United Nations (UN) which still enjoys confidence of nations of the world and which is an active conflict resolution mechanism so far, can play an effective role to achieve peace in this highly ethnically volatile and sectarian driven Arab country. The appeal of the UN Chief, Ban Ki-moon that all parties, including the government forces and rebels including the Free Syrian Army, to “stop armed violence without any conditions” perhaps shows the only way to come out of this Arab quagmire.

In the conflict resolution lexicon, zone of peace concept implies a transformational mechanism in a conflict region, whether land or water, in which none of the positions of none of the parties is compromised, but shelved in a violent free atmosphere, thus providing space for dialogue and deliberation among the parties. It is a mechanism which views conflict through a non-zero sum game prism, and which takes neither of the positions of the parties as absolute but relative. And when conflicting parties galore, and each sticks to its rigid position, it is but natural there is no end of conflict, but continuation of death and destruction. This is what is exactly happening in Syria now, with as per the conservative estimates loss of 17,000 lives, destruction of properties, and further sliding of the country as well the region into the pit of chaos and instability and economic underdevelopment. Though this peace mechanism is a transitional one, as it abhors status quo, but it provides ample room for peace negotiations and winning peace inch by inch. The extension of the United Nations Supervision Mission in Syria (UNSMIS) for another 30 days from 20 July 2012 is certainly a welcome sign, and it is only through the UN, and its able activists like Ban Ki-moon and Kofi Annan that peace can have a breathing space in the troubled region.

Declaring Syria a zone of peace will have immense positive implications for the region as well as the world. First, it will stop the turning of the region into a manmade catastrophe. Thousands of lives have lost already, and in the on-going battles between government forces and the rebel armed forces people are dying almost on daily basis. Declaration of peace, and as a precursor to this genuine declaration of ceasefire by the Assad government and the rebels and sticking to ceasefire principles, can stem dance of death in the region. Secondly, besides the loss of lives, the on-going conflict has uprooted thousands of people, pushed them to be refugees overnight, and displaced them from their native places beyond national boundaries towards Jordan, Iraq, Lebanon and Turkey. The impact of the violent conflict on women and children are more gruesome, as the conflict squanders the future of children and makes women vulnerable victims of adverse situations. Conservative estimates put the number of Syrian displaced at 120,000. Third, sectarian strife is another fall out, or rather corollary of this conflict in Syria, started some 16 months ago. The conflict has almost divided the Arab nations on sectarian lines, and as the last Arab League summit in Baghdad in March 2012 displayed, the Arab countries have taken positions as per their sectarian affiliation. The nations such as Saudi Arabia and Qatar have strongly advocated for an armed resolution of the conflict, while nations such Iraq, Iran, Lebanon, etc. have strongly opposed any armed intervention in the conflict. In that summit, Iraqi President Jalal Talabani stated, “We reiterate our call for a peaceful solution to meet the expectations of the Syrian people without any foreign interference.”

Fourth, the Syrian conflict too has polarised the nations across the nations on two lines: while countries like Russia and China have argued for using the United Nations tool but without any sanctions, other countries like the US and UK have argued for using sanctions and possibly force against the Assad regime. The recent weeks have witnessed Russia and China using veto powers thrice to block such a move. While it is viewed in some quarters a Libya kind of solution of Syria as a just recipe, it may yet appear imprudent to equate Syria with Libya, and advocate violent means for conflict resolution. As the past developments indicate in Arab world, violence and violent means of conflict resolution has not always been a success. The Arab countries which have passed through the so called Colour Revolutions are still grappling with the menaces of instability, chaos, economic underdevelopment, and more importantly extremism. While arguing this way, however, it is not to provide Assad regime a clean chit for all its actions in past and present. Fourth, as referred earlier, the rise of extremism has become a dominant determinant in Arab politics of today. There are many reports which confirm that extremist organizations like Al Qaeda have thrown their full weight behind the rebels in Syria. When it comes to Al Qaeda, it does not need a genius to find out its dangerous intentions and strategies whether in Syria, or Af-Pak region, or in any other part of the world.

Apparently, Annan’s six point plan in Syria has not been quite successful. The plan envisages declaration of ceasefire, pulling out of heavy weapons from population centres, intra-Syrian dialogue, etc. The partial failure of the plan does not imply that it should be shelved; rather it gives rise the urgency of support and effective contribution by all players involved in the region. The meeting of Kofi Annan with Russian President Vladimir Putin, and the meeting of Ban Ki-moon with Chinese President Hu Jintao on 17 July 2012 may not have sprung dramatic results, but it has certainly kept the channels for diplomacy and dialogue open. From this point of view, the 30 period extension of the term of UNSMIS is quite crucial as it provides international players sufficient time span to engage effectively diplomatically to usher peace in the region. Instead of viewing the Syrian conflict as a national interest crucible, the time has come that it must be seen as an international challenge to be met by international players in a framework of cooperation. Towards this, making Syria a zone of peace may prove a clincher, with no side losing, but all sides gaining, and peace constituency getting stronger.

Dr Debidatta Aurobinda Mahapatra is part of the research faculty at the Centre for Central Eurasian Studies,University of Mumbai, India