EurAsEc officials to get diplomatic immunity 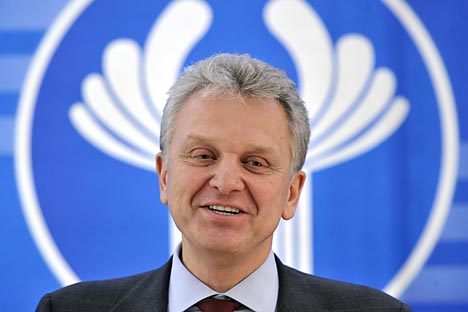 Viktor Khristenko, cannot be held accountable “for anything that might be said or written” by him as official. Source: Kommersant

The Russian Government is set to approve a draft granting diplomatic privileges to Eurasian Community officials.

The Russian Government will soon approve the Eurasian Economic Community (EurAsEc) draft convention on privileges and immunities for officials before sending it to the State Duma for ratification. Diplomats including the head of the Common Economic Space Commission, Viktor Khristenko will have immunity and be exempt from taxes only in member countries where they are neither citizens nor permanent residents.

The Russian Government will review an updated version of the draft on the privileges and immunities of the Eurasian Economic Community, which will replace the 2001 version. The draft must now be ratified by the national parliaments in order to come into force. In Russia, the Ministries of Foreign Affairs, Health and Social Development, Economic Development, Finance and Justice have all given the ‘green light’ to the draft.

A number of EurAsEc bodies are designed to support the work of the Customs Union and coordinate some governmental functions (like anti-trust legislation). The agency headed by former Minister of Industry Viktor Khristenko (the CES Commission) is a trans-national executive body comprising of officials from all member-states, although this is not expressly stated in the draft.

Within the framework of the new draft, EurAsEc will be an international organisation similar to the United Nations with a Secretary-General, an inter-parliamentary assembly and courts being created in the spirit of the 1961 Vienna Convention on diplomatic relations. Article 5 of the EurAsEc treaty clearly says that the five member-states must provide immunities and privileges to officials on the lines of those provided to diplomats.

As per the EurAsEc convention draft, officials are exempt from all taxes, levies and duties and are obliged to pay only for specific services (like utilities). The premises of EurAsEc offices and archives cannot be raided or searched, according to the draft. EurAsEc officials (and members of their families who live with them) are immune from criminal, civil or administrative proceedings for actions performed by them in their official capacity; on the lines of the Vienna Convention. In addition to these privileges, their salaries are not taxed.

These rules apply only to persons who are not citizens of the host country: for instance, a Russian national working at a EurAsEc mission located on Russian territory enjoys limited privileges. If he is in a foreign country, his privileges would be similar to what’s offered to diplomats by the host country.

The main difference between the new draft and the 2001 version is that permanent missions of EurAsEc countries are granted legal entity status. Thus, permanent representative offices have the right to sign contracts, buy, rent and sell movable and immovable property, have bank accounts in any currency of a member-state. The missions can also receive remittances from overseas, as well as act as legal entities in a court of law. The financial activities of the missions are also exempt from taxes and duties. Paradoxically, the raison-d’être of the union is to remove customs barriers for all citizens of member-states.

These new rules should enable EurAsEc bodies to be protected from administrative encroachments and come under so-called diplomatic offshore zones in the 5 member-states (Russia, Belarus, Kazakhstan, Kyrgyzstan and Tajikistan.)  EurAsEc officials declined to comment on the reasons for the changes proposed by the new draft.