Who’s afraid of the Taliban? 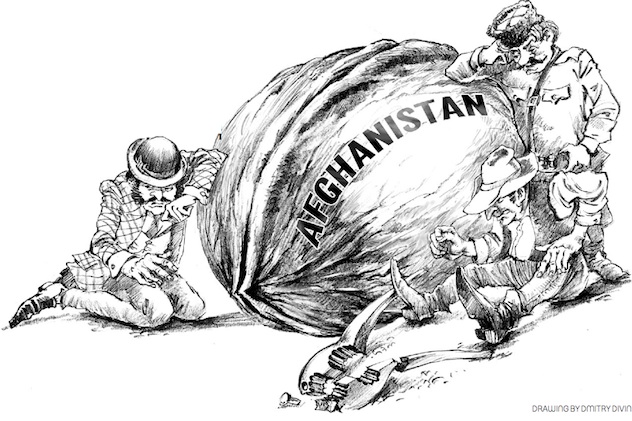 India would never countenance “neutrality” toward the Taliban if the latter were a mere cats-paw of the Pakistani security establishment and the military.

The Taliban recently commended India’s Afghan policy. To be sure, this wasn’t a mere flash in the pan, as they say. Coincidence or not, the recent Indian statements, too, no longer display the sort of visceral dislike of the Taliban that used to be there in the past.

The last major Indian statement in June at the United Nations Security Council all but ignored the Taliban and instead focused on the proper execution of the western troops’ drawdown and the consequent ‘transition’ in Afghanistan through 2013 and 2014. This was a trend visible for sometime already in India’s UN statements. (By the way, a curious thing about the Indian statement in June was that it was made 10 days after the Taliban held out its “olive branch” commending the Indian policy.)

The Indian statement in New York in June actually expressed optimism that a “narrative of opportunity and hope” is about to supersede the “current narrative of anxiety of [NATO] withdrawal” and that India is helping out in this historic transition by investing in the Afghan economy. Clearly, this Indian narrative runs contrary to the doomsday predictions that by 2014 Afghanistan will erupt into a full-fledged civil war of such ferocity that the internecine strife of the 1990s would seem in retrospect to have been a mere picnic. ‘After America, the deluge’ – this is a favorite theme for columnists and pundits not only in America but also in Russia.

Indeed, it is about time to underscore that there has been an extraordinary reversal of India’s Afghan policy – although unsung by the foreign and security policy establishment in New Delhi, unnoticed by the capital city’s rambunctious media and of course unheeded by the Indian strategic gurus.

Partly at least, the Indian establishment’s optimism about the post-2014 scenario was necessitated by the desire to ‘harmonise’ the regional policies with the United States’ Afghan strategy, which envisages peace talks with the Taliban as simply the only way out of the impasse in the ten-year old war that is no longer sustainable politically and financially for the Western alliance. The Indian ambassador to the United Nations even commended the work of the NATO summit meeting in Chicago in May in ringing the curtain down on the war. And, it is obvious to any perceptive outsider that India today is almost openly supportive of the US’ New Silk Road Initiative – Afghanistan acting as a “hub” connecting Central Asia with South Asia. (Interestingly, New Delhi has christened its own regional policy as “Connect Central Asia” initiative.)

The central issue in this shift in the Indian outlook is what exactly it is that continues to bind the Taliban and Pakistan together. Arguably, India would never countenance “neutrality” toward the Taliban if the latter were a mere cats-paw of the Pakistani security establishment and the military. Again, put differently, a Taliban takeover in Kabul by force cannot happen without Pakistani backing – not only political and financial backing but also military backing including some sort of direct role by the Pakistani military. On the other hand, if the Taliban were a free-wheeling movement, by now it would have sensed that it lacks the kind of popular support it should have had as a ‘resistance’ and, secondly, that the international community desires a peace settlement that leads to the formation of a broad-based government in which the Taliban could at best be a constituent.

That is to say, the core issue is as to how far the Taliban remain the exclusive “strategic asset” of the Pakistani security establishment. The Indian thinking seems to be veering around to the opinion that the Taliban are open to diverse influences.

Curiously, in a news analysis last week, Xinhua news agency also arrived at the conclusion that there is actually not only bonding between the Taliban and Pakistan but they might even be at odds with each other in certain respects. The report by the Xinhua news agency offers a rare analysis of the Taliban’s relationship with the Pakistani military.

The Xinhua analyses the Taliban’s cross-border attacks on Pakistan from bases within Afghanistan (which, incidentally, is a ‘hot’ topic in the US-Pakistan discourses at the moment). Based on briefings by “Islamabad insiders”, Xinhua estimates that a cycle of attacks and counterattacks has developed in the Afghan-Pakistan border regions – Taliban indulging in cross-border attack and Pakistani forces counterattacking with rockets and undertaking heavy shelling.”

Kabul, of course, has an altogether different take on the ground situation, namely, that Pakistani military is dispatching armed militants to Kunar province in eastern Afghanistan and pursuing a policy aimed at forcing the local people to vacate that area. Needless to say, the ground situation has deteriorated to a point that Kabul is threatening to raise the issue of the Pakistani cross-border infiltration at the UN Security Council.

Now, according to Xinhua, Afghan Taliban have shown a “rare display of solidarity” with the Afghan government and have called on the Pakistani government to cease the “illegal and unjustified attacks” against Afghanistan. In essence, Xinhua underlines, the Afghan Taliban are an independent actor. This, of course, has also been Pakistan’s contention all along. It is tempting to say that the Xinhua may have fallen victim to the Pakistani “propaganda”.

However, another development goes to corroborate the counterpoint that, after all, the Taliban could have a mind of their own and might be acting as independent players. This impression stems from the latest disclosure by the Wall Street Journal, quoting western diplomats, that the Taliban have opened an office in the eastern Iranian city of Zahedan in late May. Of course, it is possible to give more than one spin to the decision by Tehran to permit the Taliban to keep an office on Iranian soil. The WSJ estimates that the Iranian move aims at challenging the Afghan government and the Americans over their strategic pact and to fuel the insurgency so as to accelerate the departure of the US forces.

The WSJ (here) understandably focuses on the Iran decision from a single motivated angle, namely, to highlight Tehran’s support to the Afghan insurgency. But the WSJ completely overlooks that it takes two to tango and something startling happened here when the Taliban decided to accept the offer of Iranian hospitality. That is, considering that this was the very same militant force that once executed 9 Iranian diplomats in cold blood in Mazar-i-Sharif.

Be that as it may, the irreducible minimum here is that Tehran is not put off any longer by the Taliban’s stigma as a Wahhabi outfit nurtured attentively by Saudi Arabia in the 1990s under the watchful eye of its then spy chief Prince Turki al-Faisal as the charioteer of militant Islam in the region and as the principal instrument of US-Saudi regional policies directed against Iran. In sum, Tehran too seems to recognize that the Taliban are no longer the exclusive proxy force of any country but are instead open to keeping diverse external contacts.

So, what do we have here? We have here a new version of Taliban folklore suggesting that no one needs to be afraid of the Taliban anymore because they are essentially independent-minded Afghan nationalists who also happen to bevery pragmatic people open to doing business with anyone who can offer an interesting enough deal and who are neither fettered by fixed “enemy lines” nor are to be branded as anyone’s “strategic assets”.

There is a strong case for revising opinions regarding the Afghan scenario in the post-2014 period if one were to factor in that Pakistan, the Afghan government and western powers continue to have dealings with the Taliban, while Iran extends de facto ‘recognition’ to the Taliban and India (and China) would have quietly accepted the Taliban as a legitimate Afghan protagonist. Which is to say, at least these countries are not going to be in the business of stoking up the fires of a civil war in Afghanistan in the post-2014 period following the NATO’s withdrawal from Afghanistan by inciting the erstwhile Northern Alliance groups to take on the Taliban – that is, assuming that the NA leaders themselves have any real interest left today to abandon their custom-made western suits and neck ties and put on the coarse battle fatigues all over again. In sum, the Indian optimism about the dawn of a “narrative of opportunity and hope” in Afghanistan may not be an unseemly rush to judgment.