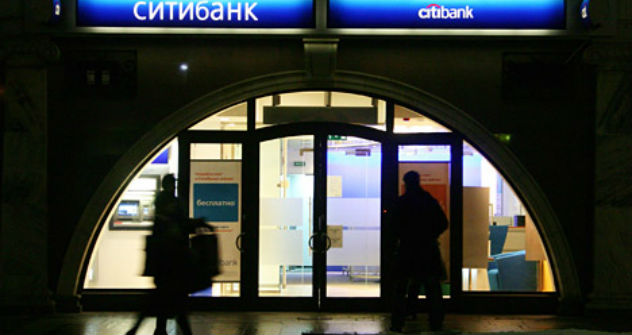 A new bill would prohibit foreign banks from opening branches in Russia, but experts say the legislation would not actually change the status quo.

A new bill before the Russian State Duma would prohibit foreign banks from opening branches in Russia as part of a strategy to develop the banking sector in light of Russia’s accession to the WTO. While some foreign banks do currently operate subsidiaries in Russia, there are no offices classified as “branches.”

Yelena Chernoletskaya, deputy head of the analytical department at the Moscow Securities Center said that the measure will bring Russia into compliance with WTO regulations, since under the current legislation, foreign banks operating in Russia must comply with local legislation, but branches would be regulated by the parent company under the laws of its home country. Allowing branches would create additional pressure on Russian banks since the foreign branches could set loan and deposit interest rates according to other standards, giving them an unfair advantage in the battle for clients. Even under the current system, the Russian banking system is losing business to foreign subsidiary banks in the interbank loan market: subsidiaries can attract funds at low interest rates (about 2 percent) through their parent company and allocate them in the market at the rate of 6–8 percent. Russian banks lack such a wide margin.

Russia also hopes to avoid falling prey to a liquidity crisis such as the one caused by foreign banks in 2008-2009, when subsidiaries withdrew the capital to support parent companies. Chernoletskaya thinks that allowing branches in Russia would result in fewer restrictions on banking activity, damaging the foundations of the Russian banking system.

Market participants consider the bill a logical development of events. According to Alexander Bugaevsky, CEO of Intercommerz Bank, the legislation is the next step in the improvement of Russian legislation and simplification of the control over the banking sector. Bugaevsky said that the reason for the plan to ban foreign banks from opening branches in Russia is that they are only partially subject to the control of Russian regulators. These branches do not have to comply with standards on paying charges to obligatory reserve funds, to give reports to the Bank of Russia in two accounting systems, Russian and international, and to submit monthly reports to the Central Bank. And if the law is adopted, the balance of forces in the sector will not change: the banks interested in Russia are already working here. The foreign capital is involved in the Russian banking sector in the form of subsidiary banks, which are registered and act according to the Russian jurisdiction.

At the moment, foreign banks have a 25 percent share of total authorized capital stock on the Russian market. In 2008, the share was 28.5 percent, but many foreign banks have closed their subsidiaries due to the global financial crisis. In 2010, U.S.-based Morgan Stanley sold the City Mortgage Bank and Spain’s Santander sold its Russian subsidiary to the Orient Express Bank. In 2011, a Russian subsidiary of Rabobank Groep NV, the largest international participant of the agricultural loan market, returned its license to the Central Bank. Bugaevsky believes that foreign banks could return to Russia after the debt crisis ends, especially as Russia’s WTO accession will make the country more attractive to foreign investors.

Anatoly Voronin, an expert from the MFH FIBO Group, agrees that Russian banks will benefit from the government’s initiative. But the proposed legislation also contains many loopholes for foreign players. For instance, if a credit organization is not allowed to be named a branch of a foreign bank on the territory of Russia but a subsidiary, foreign brands can easily change the definition and remain in the sector on the previous rights. It would be another matter if this initiative is followed by a stricter one, such as requiring foreign banks to submit to more stringent regulations in order to receive licenses for their subsidiaries in Russia, or additional profit taxes were introduced. Voronin concluded that the measure currently under discussion would not significantly change the balance of forces in the Russian banking sector now.

The original Russian text is available in the Expert magazine.