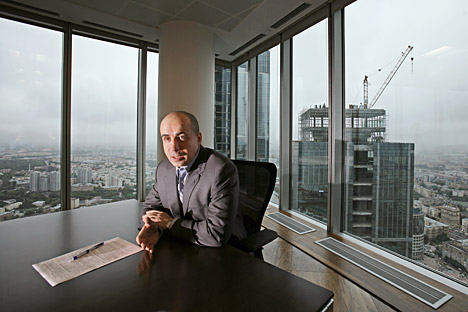 {***Russian tycoon establishes his own Nobel Prize for physics***}

Forbes-listed billionaire Yuri Milner has established an annual physics prize with a cash award almost triple that of the Nobel Prize.

The new prize will be awarded for outstanding achievements in fundamental physics and adjacent disciplines, the Yuri Milner Charitable Foundation said in a statement. The Fundamental Physics Prize Foundation, established to award the prize, will honor accomplished scientists with $3 million each, while a smaller, $100,000 prize will go to promising young researchers. The prize can be shared by any number of individuals, and the same scientist can receive the award more than once.

This year, the Milner Prize winners were selected by Milner himself. They include are nine scientists, including three Russian-born researchers. In the future, past winners will form a committee to select future winners. Candidates can be nominated via a special website.

The prize, including the total 2012 payment of $27 million, is paid from out of Milner’s own fortune. “Three million dollars a year is affordable,” Milner said, although he does not rule out the possibility that other donors could contribute to the prize in the future. “I am certain that the best minds in fundamental science must make at least as much as stock brokers,” Milner said.

The key difference between the Milner Prize and the Nobel Prize is not even the amount of the former, but the fact that the Nobel Prize is awarded for research with practical applications, which sometimes takes dozens of years to prove. Milner believes that modern fundamental research merits attention even before it is experimentally proved. He is not discouraged by the fact that this research might never be validated. Milner believes that the most audacious fundamental research drives science, because even negative results are valuable to those working in fundamental physics. The prize will focus on research carried out in recent years.

“It is a good thing that successful businessmen are focusing on fundamental science,” said Nikolai Kudryavtsev, rector at the Moscow Institute of Physics and Technology. “A large prize for fine achievements in fundamental physics can motivate hundreds and thousands of scientists.”

Maxim Kontsevich (Institute of Advanced Scientific Studies, France) – for numerous contributions that have taken the fruitful interaction between modern theoretical physics and mathematics to new heights, including development of homological mirror symmetry and the study of wall-crossing phenomena.

Alan Guth (Massachusetts Institute of Technology, USA) – for the invention of inflationary cosmology, for his contributions to the theory of generation of cosmological density fluctuations arising from quantum fluctuations in the early universe, and for his ongoing work on the problem of defining probabilities in eternally inflating spacetimes.

Juan Maldacena (Institute for Advanced Study, Princeton University, New Jersey, USA) – for the gauge/gravity duality relating gravitational physics in a spacetime and quantum field theory on the boundary of the spacetime. This correspondence demonstrates that black holes and quantum mechanics are compatible, resolving the black hole information paradox discovered by Stephen Hawking.

Nathan Seiberg (Institute for Advanced Study, Princeton University, New Jersey, USA) – for major contributions to the understanding of quantum field theory and string theory. His exact analysis of supersymmetric quantum field theories has led to deep new insights into their dynamics, with fundamental applications in physics and mathematics.