China warns US about Syrian quagmire 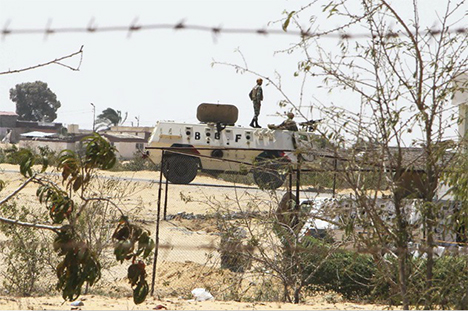 Syria will still be split into pieces because of various forces fighting for their own interests. Source: Press Photo

China accused the US of pursuing the geopolitical agenda of “regime change” in Syria and a break-up of Iran’s alliance with Syria with a view to retaining its lead role in the region.

When you hold the inaugural round of a strategic dialogue regarding the hottest spot on the planet today with the only superpower left in the world, it ought to be cause celebre. Yet, if you downplay it, all but ignore it and move on with mundane life, there must be good reason for it.

That is what China has done. Although the inaugural round of the China-United States Middle East Dialogue took place in Beijing on Tuesday, we learn about it largely from the Media Note of the US state department. Although, the meeting was held at the highest possible foreign-office level (next to the foreign minister) – Zhai Jun, vice foreign minister from the Chinese side and Wendy Sherman, Under Secretary of State for Political Affairs from the American side.

The Media Note insists that the discussions were “constructive” and dwelt on ways to “promote greater cooperation” between the US and China on “regional and global challenges.” Energy security, unsurprisingly, figured. Indeed, the two sides discussed “pressing issues in the Middle East, with particular attention to Iran and Syria.” The Media Note said the US “reiterated its commitment to working together to build a cooperative partnership with China and welcomed China playing a more active and positive role in world affairs.”

But it said not a word about what the Chinese side said or how it responded, or whether the two sides could agree on anything at all. It was all pure discussion, apparently. An intelligent guess would be that Washington and Beijing have a hard time agreeing on the Middle East situation.

In the run-up to Sherman’s visit, Xinhua carried a commentary reiterating that the Syrian crisis is quintessentially a US-Iran confrontation ensuing from Washington’s attempt to break the “axis of resistance” in the region (read Iran-Syria-Hezbollah alliance) at a juncture when the region is in turmoil and the US wants to focus on the “pivot to Asia.”

It estimates that the “axis of resistance” may already have weakened, but that’s small comfort since the US may still run into Iran’s resistance and fail to realize its objective of dominating the region.

What comes as a stunner, however, is a hard-hitting commentary featured in the People’s Daily on the day the China-US dialogue on the Middle East took place in Beijing. It accused the US of pursuing the geopolitical agenda of “regime change” in Syria and a break-up of Iran’s alliance with Syria with a view to retaining its lead role in the region.

It noted: “Changing the regime of a sovereign country by external force has been the consistent foreign practice of the United States since the Cold War. The process will be cruel to Syrian people and the consequence will be calamitous to the state and even the world peace.”

The commentary offered an assessment of the ground situation in Syria. It said the regime may have lost some ground lately but a “time consuming war” is in the offing. The opposition’s gains (“supported by external forces”) don’t add up in the final analysis, because they are still “leaderless and divided into around 100 factions.”

This is a recipe for fragmentation of the country. “Syria will still be split into pieces because of various forces fighting for their own interests. Syria will suffer from ethnic cleansing, refugee flows, and humanitarian catastrophe. Al Qaeda will also take advantage of the chaotic situation.”

Besides, the Syrian cauldron will spill over into Israel, Lebanon, Jordan, Iran and Turkey, given the “complicated contradictions between Shiites, Sunnis and Kurds.” The result will be a “large-scale regional clash.”

The commentary warns the US from opening a Pandora’s box as it could get “stuck in a new quagmire” (after Iraq and Afghanistan). The PD commentary is here.

Interestingly, the Chinese media assessment is that Washington is still undecided about imposing a “no-fly zone” over Syria, but it is Ankara that is pushing the envelope.

The Chinese commentaries echo many of the opinions aired by the well-known Russian scholar of the Middle East Evgeniy Primakov (former prime minister and foreign minister) in a recent interview by the government daily Rossiskaya Gazeta.