The Voice of Russia
Anastasia Barysheva 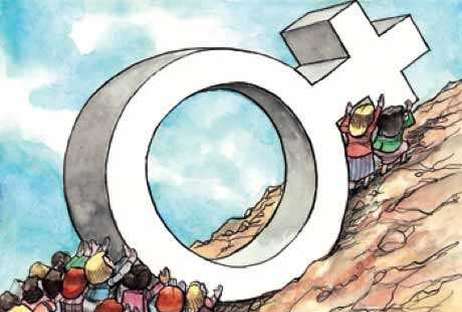 The BRIC member states have surpassed the developed countries in terms of women’s career achievements. It is 20 percent in the BRIC countries. Meanwhile, experts say that the current gender discrimination jeopardizes effective development atcorporative as well as government level.

It’s difficult for a woman to become a director of a big company, and if the country is more developed, it will be more difficult to achieve this goal. These are the results of a study known as “Crack the Glass Ceiling” dedicated to the problem of promoting women to administrative posts. An opinion poll conducted among over 100 human resource managers of international companies has shown that women are actively attracted to their work. However, the majority of women can only dream of a position higher than the head of a medium branch. An unexpected and at the same time, obvious progress can be seen in Asian countries and BRIC states where 26 percent of women are occupying administrative posts against 21 percent in Europe. In this case, globalization has played a crucial role and helped to achieve these goals in just a few years, while feminists in Europe had to spend decades to this end, says political scientist Maksim Grigorev.

“Many women are well-educated and ambitious. Gradually, this has become clear in developing countries. This is a natural impact of globalization. Women want to achieve something besides family values. Many women put off the question of family and children to older age,” Maksim Grigorev said.

The statistics of women-administrators in the G7 is remarkable, 5 percent in Japan and 13 percent in Germany. Japan’s figure can be explained by the specifics of social and cultural organization of the country’s society. However, the results of Germany, a leading country in terms of the emancipation of women, confused the researchers. Sociologist Olga Kryshtanovskaya says that women achieve real results only in politics.

“The appearance of women in high posts in business differs in developing and developed countries. If we examine the biography of successful women in the developing world, we see, as a rule, that they belong to an influential clan. In the West, this is an entirely different story. Owing to the feminist movement, women started making way in life themselves and achieved significant success. For one, there are 17 female-ministers in the new Cabinet of France. The average of women MPs in European parliaments is at least 25 percent,” Olga Kryshtanovskaya said.

It seems that the political victory of feminism in the developed countries is quite clear, but in many countries, the quotas for women in ruling bodies have been legally fixed. The results in business are very clear. Despite better organizing capabilities, women are not allowed to a higher post than a certain level. Many men-administrators agree that this is a narrow-minded approach but there has been no real improvement yet. Although they agree with women’s claims, they continue to think that they are dominating.

It’s noteworthy that the majority of successful men are backed by women. Moreover, at present, the most effective companies from the economic standpoint are those that support gender diversity in personnel policy.