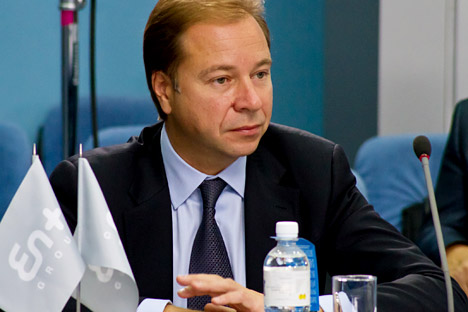 Artem Volynets, CEO of En+, one of Russia’s largest energy holdings, spoke to RBTH on the eve of the APEC CEO summit in Vladivostok.

Artem Volynets: Russia is home to some of the world’s largest reserves of natural resources and minerals; we also have an abundant power generation capability, much of which is renewable and located in the Far East of Russia near the growing Asia-Pacific economies. Eastern Siberia and the Far East of Russia contain over 70% of the country’s nickel and copper reserves and over 80% of its coal reserves. The region also contains abundant hydro-carbon reserves, forest resources, precious and other metals. Two-thirds of Russian aluminum is produced in Eastern Siberia and 80% of the county’s hydropower resources are located in the region.

As the Asia-Pacific economies continue to grow – Asian countries are currently contributing over one fifth of global GDP – so too does the demand for resources and energy to fuel this expansion. The benefits for the Asia-Pacific countries are clear; the Far East of Russia is a resource and mineral rich region which is in close proximity, meaning countries can benefit from reduced transportation costs and a more reliable supply. The closeness of the region will also help reduce greenhouse gas emissions associated with the transportation of these resources. For example China currently imports core mineral resources from Australia, Brazil and South Africa, but transportation by sea from these places takes, 14, 35, and 20 days respectively; from the Vanino (Russia) seaport it takes just four days – meaning significant financial and environmental benefits.

The benefits to Russia are both economic and social. The development of these resources in Russia’s Far East will speed up and aide the economic development of the entire region, which will in turn help rebalance Russia’s economy from being too reliant on the West. En+ is at the leading edge of Russian – Asia-Pacific integration. We started this process with the Hong Kong initial public offering of UC RUSAL; more recently, we signed a joint venture agreement with China Yangtze Power Company to explore and develop power projects. We’ve acquired a 10% stake in the Hong Kong Metals Exchange and are currently in talks about cooperation with Asian partners in our other businesses – mining, coal and logistics.

RBTH: What obstacles are there in terms of integration and what should be done to overcome them?

A. V.: One of the main obstacles in the development of Russia’s Far East as an energy and resource hub serving the Asia-Pacific region is infrastructure, both physical and human.  It is obvious that greater infrastructure development is required before Russia can benefit from inward investment from APEC countries, and it is needed to ensure that we are able to export goods and materials easily to other countries and regions. Transportation and energy infrastructure is crucial; there is a lack of railways, ports and power grids. The capacity of ports in the Far East needs to be at least doubled because the present capacity is only 120 million tons a year. Shanghai’s port alone handles 600 million tons. Other infrastructure for business such as hotels, airports etc. is also required. Of equal importance is the ability to attract human resources into the region; this goes beyond just R&D. We need to get human resources from other parts of Russia and other countries to run, operate and manage the developing infrastructure.

RBTH: A new wave of global economic could be happening – how will this affect En+?

A. V.: Of course the global economy is a major concern for En+ as any business active in commodities is bound to be feeling the effects of the ongoing economic crisis. However, we are hedging ourselves against this by reorienting our business to be less reliant on the ‘old’ economies of Europe and more focused on serving the growing economies in the Asia-Pacific region. Demand for our products is growing there and this presents an excellent opportunity for us as a business and Russia as a country to benefit. We have been looking east for some years now and this has helped our business be in the position it is in today. Of course the West remains a key market, but we all know that the future demand growth for energy and commodities will come from the Asia-Pacific region. So we are focusing on this strategy and it is generating a lot of resonance in the top echelons of the Russian government.