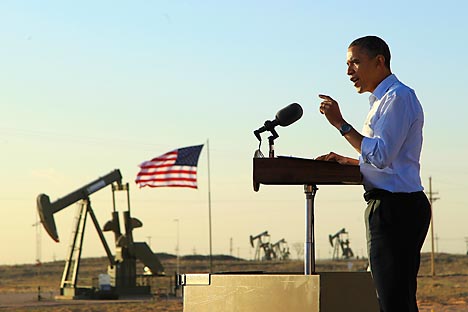 President Barack Obama insists that the aim of the Afghan war will be nation-building. Source: AP

Obama insists that the aim of the Afghan war will be nation-building, but it will be the “nation-building here at home” in America. Want to know how?

The ten-year-and-ten-months old Afghan war has been interpreted in many ways. It was originally called a “war on terror” – to begin with when a catchy rubric was the need of the hour for a nation traumatized by the 9/11 attacks. But for understandable reason, the United States had second thoughts eventually toward the end of the George W. Bush administration. We no more hear the rubric. A “war” needs an enemy, after all.

Then again, it was meant to have been a war that brought about regime change in Afghanistan because the Taliban were cruel people – to women, especially. (The former US Secretary of State Madeline Albright once called them “Afghan Nazis.”)

But that has also become a moot point because on a scale of ten, I’d audaciously put the prospects of the Taliban returning to mainstream Afghan political life (not a takeover as such), at a solid 9 and I’d refuse to blink. I believe there is no way the Americans troops can survive in Afghanistan (even in the safety of their bases in Bagram or Shindand) beyond 2014 without making peace with the Taliban.

In fact, Afghanistan is going to become a lot more lonesome with the Brits and the French and the Aussies and New Zealanders scooting and the growing difficulty (which is already evident) to make out who is the Taliban and who isn’t. In sum, a deal with the Taliban is an imperative need and there can be no two opinions here.

Amidst all this, no one recalls that the Afghan war also had a noble aim – nation-building. Yes, it was a 21st century version of the “white man’s burden”. Remember, there was a time when Bush spoke passionately about a Marshall Plan for Afghanistan and the late Richard Holbrooke spoke about hundreds (or thousands) of USAID officials crawling all over the Hindu Kush mountains (and the valleys) indulging in nation-building. (By the way, I’ve personal archives of those stirring speeches made by Bush and Holbrooke.)

It seems today in the final reckoning that all that is left of the legacy of the glorious Afghan war is the dream of Bush and Holbrooke – nation-building.

But, President Barack Obama has put his personal stamp on it. Obama insists that the aim of the Afghan war will be nation-building, but it will be the “nation-building here at home” in America. Want to know how? Read the pithy UPI dispatch here.