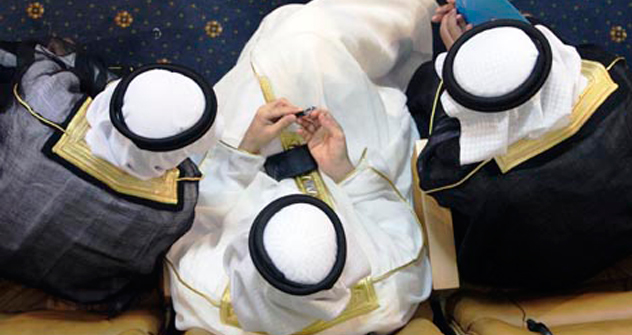 Perhaps the situation could have been better had the NAM leaders could successfully initiate a dialogue between Iran and Israel, rather than letting itself to be entangled in their rivalry. Source: AP

The NAM summit animated its image as being a platform entangling itself with bilateral conflicts than actually contributing towards its resolution.

That the 16thNon-Aligned Movement (NAM) summit in the last week of August 2012 could not evoke the old Cold War passion of solidarity among developing nations on an ideal plane could be a subject of least debate, but there could be less disagreement on the assumption that the participating nations at Tehran could not pursue pragmatism, or at least it appeared so. The summit also reflected the inherent contradiction plaguing this large body of nations. More so, the congregation of members could not achieve any tangible results despite the voluminous Tehran declaration of 600-page dealing with so many issues that instead of alluding to positive dynamism of international politics, might have led to further fissures and frictions in it.

It is a nation’s right to forge or join an organisation or take active part in it when it suits its national interests in the broader framework of international laws and obligations. Hence, the congregation of 120 nations in the capital of the beleaguered nation of Iran might have nothing wrong in it despite criticisms, but the real question is what it really achieved on the ground. Again, the participating nations supporting Iran’s peaceful nuclear programme might have all good intentions behind it, but the next day of the summit the meeting of North Korean leader with Iranian leaders further clouded the policy. Whatever the intentions may be; it may be a loftier one, but symbolism matters a lot in the politics among nations. Just the day the summit began the International Atomic Energy Agency revealed that Iran has accelerated its nuclear enrichment programme.

Certainly, the summit sent some of the powers including Iran’s arch rival, Israel tizzy, and particularly the exchange of strong words (which could have been easily avoided) made the atmosphere charged. Iran’s supreme leader, Ayatollah Khomeini’s diatribes calling for solidarity against ‘blood-thirsty Zionist wolves’ in presence of 120 nations were nothing but acrimonious ranting, and were no less vituperative than the words of Israeli Prime Minister Benjamin Netanyahu who called the summit ‘a disgrace and stain on humanity’. Saber rattling actually added nothing of substance to the summit, or to any of its diplomatic outcome but appeared to have vitiated the atmosphere, which could have been more congenial than it was.

While the presence of many countries could have emboldened the spirit of Iran and motivated its public relations machine in going ballast towards highlighting the event, everything was not good for even Iran itself. Two of the prominent leaders Ban Ki-moon, Secretary General of the United Nations General Assembly, and Mohammed Morsi, the newly elected Egyptian President, raised their voices against Iran’s policy on Syria. Ban in an indirect reference contradicted Iran’s stance by arguing against “threats by any member state to destroy one another, or outrageous attempts to deny historical facts,” and called Iran to reconsider supporting Assad regime in Syria and its nuclear programme. Morsi, like Ban who ignored the prescriptions not to attend the summit, argued for working together “against a repressive regime,” directly referring to the Assad regime of Syria. Perhaps due to these protests, the case of Syria from a viewpoint of Iran could not get much acceptability, hence the final statement as desired by Iran could not have any specific statements supporting Assad regime of Syria. Morsi was the first Egyptian leader to visit Iran after the Islamic revolution of 1979. While considering Iran as a ‘strategic ally,’ his utterances on Syria, directly opposing Iran’s policy, might not lead to an easy conduct of relations between the two regional powers.

Iran might have gained a diplomatic upper hand over Israel and its western allies after successfully hosting the large summit, the largest since the Islamic revolution, but it might propel Israel to look for more aggressive measures. But in that case, it will neither help Israel nor Iran, as wars in this increasingly nuclear age do not solve conflicts, rather exacerbate conflicts. Any war in the Middle East may lead to a nuclear conflagration with wider ramifications for the region as well as the globe. Iran could bolster its image as a vibrant nation without any tag of pariah or rogue and consider the presence of NAM nations, representing 2/3rd of the UN members and 55 per cent of world population, as endorsement of its positions but the diplomatic pressure from the US and European powers may mount increasingly in coming months.

The bigger question in the context of NAM is how it will be seen aftermath of the Tehran summit. The summit animated its image as being a platform entangling itself with bilateral conflicts than actually contributing towards its resolution. Perhaps the situation could have been better had the NAM leaders could successfully initiate a dialogue between Iran and Israel, rather than letting itself to be entangled in their rivalry. Even from a national interest perspective, which relies more on non-zero sum strategies, the recent summit did not seem to achieve much positive nor invoke much optimism, while leaving the things as they are, or even more protracted. While the NAM’s original goal was geared towards achievement of an equitable, fair and non-discriminatory world, the recent development point to more its lacuna, than credentials.

Perhaps NAM needs more astute diplomacy, more hard work and wisdom, and less sabre rattling and vituperation. It needs statesmanship of a Nehru or a Nasser or a Nkrumah, who could with their firebrand idealism and wisdom address the issue threadbare and calling to the parties to a dialogue table without any baggage of the past. In this context, the Pakistani President’s call for an expert committee to deliberate about the working and future of the body can be welcome by the members. In a globalised, and multi-polar, world the trick is not to antagonize, but rather taking all into board in a broader framework of dialogue and reconciliation. At least, the hard language, which was unnecessary, could have been avoided. Perhaps the Tehran summit would goad members of NAM for deeper introspection for the better future of the organisation and the world.