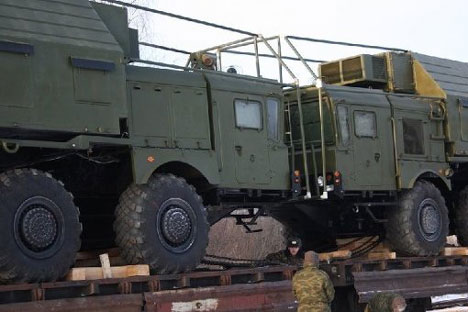 Analysts believe that the agreement for the joint production of Smerch rockets will greatly benefit Russia.

“The contract with India is of major importance to the Russian munitions sector, which is short of domestic orders from the Ministry of Defence. India imports significant amounts of Russian-made arms, and has complained about late deliveries of munitions. I believe the joint venture will effectively address this problem,” Vladimir Shvarev, deputy director of the Centre for Analysis of World Arms Trade (CAWAT), told Vzgliad.

Russia has been India’s largest supplier of arms and ammunitions since the latter attained independence in 1947.  “India is our traditional strategic partner; you could say it’s an exclusive partner, because we almost always share interests with that country,” PIR Centre’s Vadim Kozyulin said. “Military and technical cooperation with India is also important because we are going to develop high-tech products, which is Russia’s weak spot. India will also benefit from this collaboration, because by acquiring Russian-developed technologies, India will gain the knowledge and experience that other countries take decades to obtain.”

The Centre for Analysis of World Arms Trade or CAWAT expects Russian arms deliveries to India in 2012 to reach about US$7.7 billion, about 60 percent of Russian military exports and 80 percent of Indian imports. This breakthrough observed in 2012 is mostly due to supplies within the framework of some of the previously agreed programs, CAWAT experts say (they calculate supplies in value terms based upon the actual delivery of arms). Some of the supplies will be well behind schedule, hence the impressive results in 2012.

The transfer of INS Vikramaditya aircraft carrier to the Indian Navy slated for this December is by far the most expensive project, worth $2.34 billion. The second-largest delivery will be the transfer of two frigates under Project 11350.6, worth a total of about $1 billion. The third-largest transfer to be completed this year is the lease of Project 971 Nerpa nuclear submarine to the Indian Navy in January 2012. That contract cost India about $920 million.

General Director of Rosoboronexport, Anatoly Isaikin, told Vedomosti in an interview that Russia had concluded around $5 billion worth of contracts for arms supplies in 2012 alone. The contract with India for the product of the Smerch rockets is among the largest. Last autumn, Russia signed contracts with Algeria for the supply of more than $1 billion worth of arms and air defence systems.