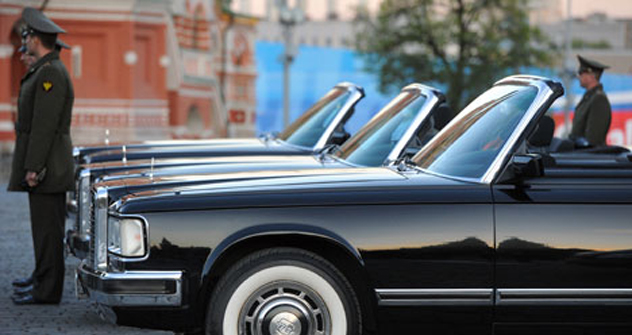 ZiL and GAZ have been out of this business for 20 years already. Source: Kommersant

Industry experts believe that plans to restart domestic production of the legendary ZiL limousines for state officials would be feasible only with the cooperation of foreign automakers. Others, however, say Russia can tackle the job itself.

A debate among Russian car enthusiasts has been raging ever since President Vladimir Putin threw down the gauntlet in April, ordering that “all state and municipal government agencies…should in the very near future” buy only vehicles produced within the Common Economic Space.

While some analysts are confident that Russia can build a reliable line of limousines for its government officials, others say the effort would be a waste of government funds given present realities.

Foreign retro cars are much in demand in Russia

“Without involving foreign automakers it is currently unrealistic to implement the project to build limousines in Russia,” Oleg Datskiv, the director of auto-dealer.ru, told Interfax. “Producing limousines was necessary during the time of the Iron Curtain in the Soviet Union. Why do this? It will break down and malfunction like before.” It makes more sense and is cheaper to buy automobiles for officials in other countries such as Germany than to spend billions of dollars launching such a project in Russia, Datskiv added.

President Vladimir Putin presently gets around town in an armoured Mercedes S600 Guard Pullman, with an estimated price tag of US$1 million.

Meanwhile, Sergey Udalov, the executive director of the Avtostat agency, criticised efforts to jumpstart domestic limousine production on the grounds that it would be too expensive and labour- intensive.  “The development of a design from scratch…and setting up serial production is a very labour intensive and expensive project,” Udalov said. “If we're talking about production of executive cars in Russia, then this is possible with the participation of global automakers... With a joint approach such a project is realistic.”

Yet another sceptic of plans to revive the iconic state limousine is Igor Morzharetto, deputy editor of Za Rulem car magazine. “We don't have the personnel – designers, engineers, technicians – we don't have the base,” Morzharetto believes. “ZiL and GAZ have been out of this business for 20 years already.”

Morzharetto added: “Building a limousine from scratch is not very advisable – the vehicle will cost billions of euros, but the design will still be developed by the Italians, while the Germans will provide the engine as well as the engineering,” added the deputy editor.

Not everybody, however, is so pessimistic about Russia’s ability to restart design and production of limousines. Mikhail Ganelin, a Troika Dialog analyst, expressed confidence that ZiL, producer of the famous ZiL limousines, could revive production with “a little effort.”

In light of the “substantial modernization” of Russia’s automobile industry since the collapse of the Soviet Union, “it is possible to use existing technology” to construct a state-of-the-art limousine, Ganelin said. The analyst added, however, that “spending $1 billion does not make much sense.”

Meanwhile, sources for Kommersant, agreed that the project could be handled by either the ZiL auto plant or GAZ group. “They have the Chaika and ZiL brands, which could easily be revived,” the paper quoted one source as saying.

Finally, Sergey Sokolov, CEO of Depo ZiL, may have the last laugh among industry experts. After almost 10 years of attempting to design and build a reliable, competitive limousine for use among government officials, Sokolov told Izvestia newspaper that his company is ready to put a limo concept car through a road test “very soon.”

The project for a domestically-made limousine, dubbed 'Monolith,' features a Russian-made 400-horsepower engine, together with a US-made transmission.

Sokolov said the vehicle, which is designed to compete with luxury powerhouse brands like Maybach and Rolls Royce, will retain all the “iconic features” of the original ZiL limousine, while adding modern creature comforts based on state-of-the-art developments.

Depo ZiL, a separate venture from the original ZiL, specializes in the repair and service of luxury vehicles.