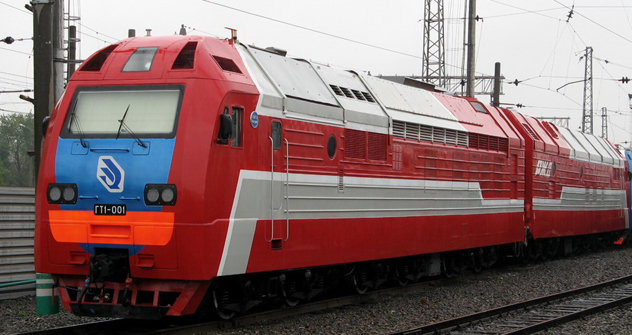 The LNG-powered locomotives may take some time to come to India. Source: Press Photo

Indian Railways is set to float a tender for the supply of gas-turbine electric locomotives and the Russian consortium has virtually no competition.

Russian gas-turbine electric locomotives using liquefied natural gas will be heading to India in the not-too-distant future. Indian Railways is set to announce an international tender in November for the supply of gas-turbine electric locomotives, unique machines that offers a viable alternative for trains running on clean fuel. A consortium of Russian Railways Concern (RZD) and associated companies like the United Industrial Corporation OBORONPROM will be bidding for it and will have practically no competitors.

Russia has the first mover advantage in this nice high-tech area, but it has no experience of their mass production either. India and Russia may, therefore, become pioneers in the commercial development of LNG-powered locomotives.

The experiments to create a railway locomotive with a gas turbine instead of a diesel power engine hark back to the middle of the last century. But due to their noise, high fuel consumption and structural complexity, gas turbine-electric locomotives didn’t quite take off.
Meanwhile, Russia’s Samara Scientific and Technical Complex specialised in the construction of gas-turbine engines for strategic bombers and gas-pumping units.

In the 1990s, they were asked to create a gas-turbine engine for an aircraft that would use LNG as fuel. Subsequently, the RZD got interested in the LNG gas-turbine unit based on aero-engine NK-256. The RZD considered building a gas turbine-electric locomotive for the Extreme North – where railways are not electrified but where there is a lot of natural gas – a machine of this type would be at least one-third more efficient than diesel locomotives.

At the end of 2006, Russian Railways placed an order with Kuznetsov Bureau to develop and to build a prototype engine for a gas turbine-electric locomotive (a GTEL is driven not by gas, but by the power produced by the generator which is connected to a gas turbine).

The newest Russian gas turbine-electric locomotive with NK-361 engine set off on its maiden trip at the beginning of July 2008. For the time, it was acknowledged as the most powerful locomotive in the world that uses LNG – that is 8.3 MW, a feat that found mention in the Guinness Book of Records. This locomotive can accelerate to a speed of up to 100 kilometres per hour and cover 750 km on a full tank of fuel. It operates very well in mountain regions. In four years, it created several world records in the carrying capacity of the train it hauled. For example, last autumn it pulled a train weighing 16,000 tonnes (170 carriages) which stretched nearly up to 3 kilometres along the ring railroad of the Railway Research Institute (VNIIZhT).

This machine is environmentally friendly: its emissions in the atmosphere are 10 times lower than it is required even by the prospective European emission standards. In addition, the uniqueness of the up-to-date Russian GTEL is in the fact that it may be used not only as a locomotive, but as a mobile power station as well. It just comes to the specified place, gets two wires connected to it and gives electricity to a village or an enterprise. At the end of June, the RZD and Sinara Group concluded an agreement about the production and supply of 40 mainline GTELs consuming LNG by 2020. They will be produced at the Lyudinovsky Locomotive Plant which belongs to Sinara.

At the same time the RZD and OBORONPROM began to prepare for the Indian tender. In Samara they are sure that the world leader in this sphere is Kuznetsov Bureau and the RZD is the sole owner of a gas turbine-electric locomotive that can meet the requirements of the Indian Railways fully. According to informed sources, the Indian party is ready to finance the development activities aimed at adapting the power unit of the Russian GTEL to hot climatic conditions.

Only two questions still remain open: the creation of the requisite infrastructure to provide GTELs with fuel and the capacity of Samara engine plants to produce the necessary quantity of power units (RZD will need up to 200 machines, Indian Railways – up to 300).

The LNG-powered locomotives may take some time to come to India. The Indian Railways will be testing these machines for the next two-three years at least. Kuznetsov, United Engine Corporation and OBORONPROM have, therefore, some time to organise a full-fledged production of engines for the new unique Russian locomotives.

The Russian government has made a decision to strengthen the group of strategic bombers Tu-160 (White Swan), pacing the way for the resumption of the production of NK-32 engines in Samara. “It is most profitable from the economic point of view to produce engines based on a single gas generator. The one of NK-361 is much alike the one on NK-32. Now we are reorganising our production to resume making and repairing NK-32 engines for the needs of strategic air force. “Correspondingly, this very production will be aimed at making engines for GTELs as well,” says Dmitry Fedorchenko, Chief Designer of OJSC Kuznetsov.

In addition, the enterprise plans to produce gears for power generating and gas pumping units with the power of up to 32 MW and aircraft engines with 30 tonnes of thrust (it may be installed, for example, in the largest cargo aircrafts – Ruslans) based on the single gas generator. This will take more than one year. But RZD needs only 40 GTELs till 2020.