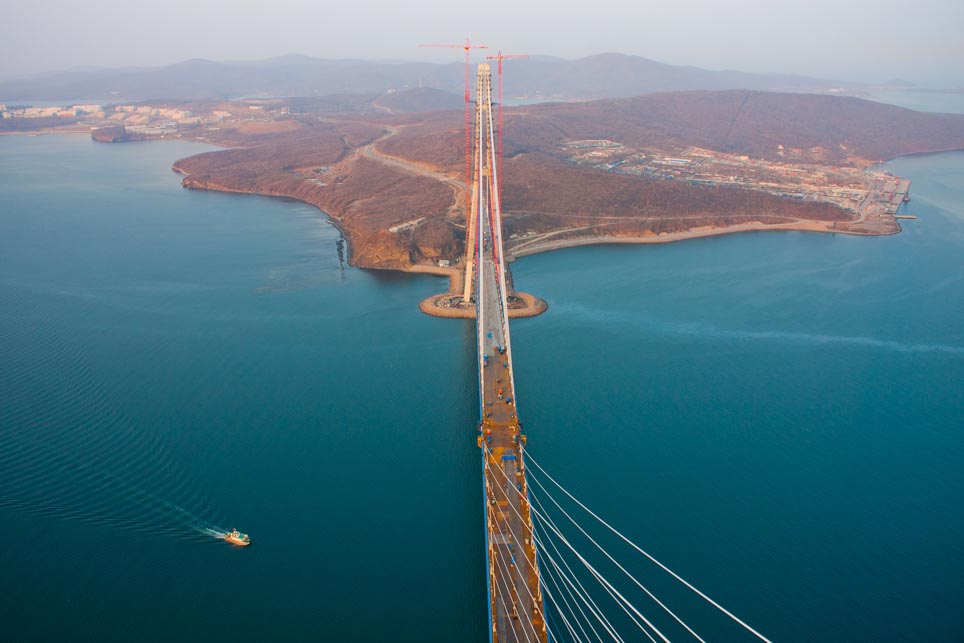 This year's APEC CEO summit can be considered a success at least by the number of deals signed and the reflections of participants.

David Gray, Managing Director of PriceWaterhouseCoopers, said he enjoyed this year’s summit more than last year’s in Honolulu because he felt business took a front seat to politics.

Everyone I spoke to today had only good things to say about the summit as it was drawing to a close. David Gray, Managing Director of PriceWaterhouseCoopers, said he enjoyed this year’s summit more than last year’s in Honolulu because he felt business took a front seat to politics. This allowed him to make the right high-level connections conductive to his work and impress colleagues with what goes on in the Russian regions.

“Costs aside, the development they did here in Vladivostok will allow Moscow-based expats like me to convince our bosses in London, New York or wherever about the benefits of long-term investment in Russia’s regions. Now they’ve seen it with their own eyes,” he told me. This means the $20 billion (most expensive APEC summit in history) invested by the federal government could have a trickle-down effect nationally that will go unrecorded as confidence in Russia grows and investment pours into the regions. Even Jim Rogers, one of the most famous global investors avoiding Russia altogether, said he was changing his mind.

“Even a few months ago people were saying the summit would be a disaster,” Gray told me. “They said we’d be living in tents; the bridge wouldn’t be ready and we’d be taking the ferry. Now that’s all been quickly forgotten.”

Several high-level deals were finally concluded today, including a much-anticipated LNG plant to be constructed in Vladivostok in conjunction with Japanese investors. Nearby Sakhalin Island experienced a boom following the opening of a similar plant there a few years ago and went from being a “debtor region” (receiving net inflows from the federal budget) to a donor practically overnight.

During the first days of the summit, Putin witnessed the launching of a Mazda production line at the Sollers automobile plant here. It was the first time the car was assembled anywhere outside Japan. There is now active talk of a full-scale auto manufacturing cluster beginning to take shape as Sollers localizes car parts production.

I’m skeptical about the long-term viability of some of these projects. During my last visit to the Far East, the Economic Minister of the nearby Amur region told me there was no way Russia was ever going to out-manufacture the Koreans and Chinese a stone’s throw away with cheaper products. His solution was to take advantage of the tens of millions of eager tourists with rapidly rising incomes right across the border and build a service industry around that.

It will be interesting which of these ideas for developing the Far East comes to fruition (agriculture, forestry, tourism, oil & gas, car/plane production) over the next 10 years as Russia reorients its exports toward Asia. What’s certain is that the Kremlin picked the right time begin taking advantage of its neighboring Asian economic powerhouses and show its best side to the world.