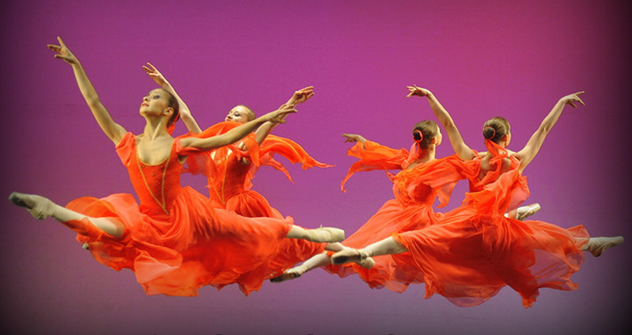 Festivities will start on October 26 with the inaugural ceremony and a concert with participation of the “Gzhel” Moscow State Academic Dance Theatre. Source: Salvia group of companies/ Gzhel theatre

The Indian capital is set for a Russian cultural extravaganza ahead of Vladimir Putin’s visit to the country.

With Russian President Vladimir Putin due in the Indian capital in the first week of November, the governments of Delhi and Moscow have finalised the programme for a cultural festival and business forum on October 26-29.

The programme was finalised last week, when a working group from the Moscow Government with the assistance of the Russian Embassy in India visited New Delhi and held a number of meetings and talks with their colleagues from the Government of Delhi. The protocol on organising the Days of Moscow was signed by V.V. Lebedev, Deputy Head of the Department for External Economic and International Relations of Moscow, and Santosh Vaidya, Special Secretary to the Chief Minister of Delhi and Special Secretary (Art, Culture & Language) in the presence of P.K.Tripathi, Chief Secretary, Government of Delhi.

The festive programme will be held in the run-up to the Indian visit of Russian President Vladimir Putin on October 26-29 in the framework of the Programme of Cooperation for 2012-2015.

The Russian delegation was received by Delhi Chief Minister Sheila Dikshit, who said she fully supported the idea of the Days of Moscow and promised all possible assistance to the scheduled programme. Festivities will start on October 26 with the inaugural ceremony and a concert with participation of  the “Gzhel” Moscow State Academic Dance Theatre and other creative and musical ensembles from the Russian Capital. The concert is likely to be staged in the open-air theatre in the Central Park at Connaught Place.

Delhi will also host the Russian-Indian Business Forum, where prominent Russian and Indian businessmen and experts will discuss urban maintenance, including vital issues such as urban infrastructure and construction, automation of transport systems, modernisation of healthcare, waste recovery and environmental protection, water supply and purification, energy saving technologies, protection and conservation of historical monuments, and e-government.

Also part of the Days of Moscow, a multidimensional art exhibition will be inaugurated at the Lalit Kala Academy which will include an exhibition of Moscow artists titled “Seasons of the Year.” The exhibition will feature workshops from Russian artists and craftsmen of decorative and applied arts. Plans are also on for concerts with vocal and instrumental ensembles.

The Lalit Kala Academy will host a book fair from leading Moscow publishing houses, a photo exhibition of modern Moscow, and a presentation of razor-edge computer programmes and technologies. After the exhibition, the books will be presented to the major libraries and educational institutions of the Indian capital. The exhibition will stay open till November 5.

The chess academy of the Russian Centre for Science and Culture in Delhi will host a chess tournament for Russian and Indian school children. One of the city’s art galleries will house an art exhibition from the collections of the Pushkin State Museum.

The Russian side also suggested a fashion show from by Russian designer Valentin Yudashkin.