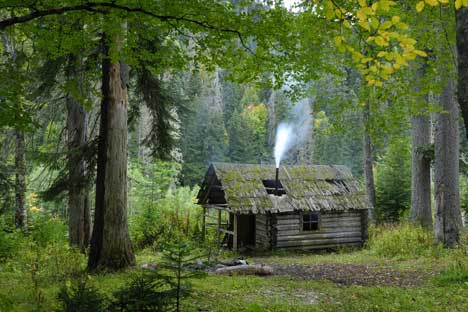 Adygea is a haven for archaeologists, mountain sportspeople, stargazers and wildlife lovers as well as for its indigenous population. 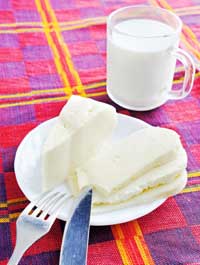 Cheese is the national food of the Adygeis, who live in the southern foothills of the North Caucuses. Legend has it that a piece of cheese helped the mythological hero Kuitsyka  defeat a one-eyed giant. When he saw his adversary, the hero squeezed the cheese in his hand until the whey dripped to the ground. Mistaking the cheese for a piece of rock, the giant fled, thinking Kuitsyka had great strength. Adygei cheese (which is close to paneer) has a subtle aroma of flowers. The traditional cheese recipe is simple: sieved cow’s milk is heated over a fire, and, when it starts boiling, sour-milk whey added when boiling. The curd is boiled for five minutes and then half of the whey is removed. The warm cheesemass is then placed in special special baskets made of thin willow-twig baskets – which produce the typical pattern on the edges.