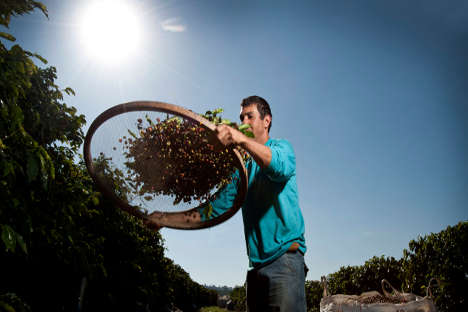 On the sale of potash in India, the company said that high retail prices of the crop nutrient and below average monsoon affected sales. Source: Getty Images/Fotobank

The company expects to see a strong recovery and increased demand in India in 2013.

Uralkali, the world's second largest potash producer has estimated India's potash imports at 3.5 - 4 million tonnes (MT) in 2012 on account of a cut in subsidy on phosphatic and potassic (P&K) fertilisers by the Indian Government, the Business Standard said on Wednesday.

India imports all its domestic requirement of muriate of potash (MoP), a key fertiliser, according to the paper.

“We expect that the decreased state subsidies for potash imports will reduce this year's potash imports down to 3.5 - 4 million tonne as well as limit the room for a possible price increase,” Uralkali was cited as saying by the paper. The company did not state its estimates of India's 2011 imports.

Uralkali expects the current low potash application and high crop prices to boost consumption of the soil nutrient by India in 2013 and help improve the market sentiment, the paper said. “Due to the low potassium application rate in India and high prices for agricultural products at the moment, we expect a considerable consumption growth in India in 2013 and, consequently, a more rapid market recovery,” Oleg Petrov, sales and marketing director of Uralkali told RBC last month.

On the sale of potash in India, the company said that high retail prices of the crop nutrient and below average monsoon affected sales, according to Business Standard. “In India, high potash retail prices and below-average monsoon rains caused weak consumption despite good loading volumes during Q2 and Q3,” the paper quoted Uralkali as saying.

During the first 6 months of the current calendar year, Uralkali produced 4.8 million tonne of potash as against 5.2 million tonne in the same period of 2011, according to the paper.

The global potash supplier, whose assets include 5 mines and 7 more treatment mills, added that shipments to India by Belarusian Potash Company (BPC), Uralkali's trader, under old contracts continued through August this year.