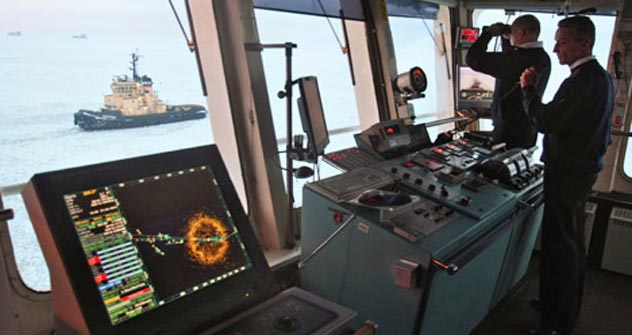 Russian forces have resorted to buying weapons from abroad, in limited quantities, so as to put pressure on Russian manufacturers and to fill the gap in weapons inventories until domestic industry can meet the requirements. Source: RIA Novosti / Vadi

The defence industry no longer fights for survival through global export channels. Its primary task is to meet the growing needs of the Russian armed forces.

Russia’s defence is in a new phase of development, where it prioritizes domestic demand. Russia’s armed forces are forever in need of new and better equipment, leading to frequent conflicts between military chiefs and the industry over cost.

In 2011, the Russian Ministry of Defence alone placed orders worth more than US$17 billion. The Defence Ministry accounted for 83 percent of all defence procurements in Russia, with the rest being purchased by the Interior Ministry, the FSB, and other law enforcement and intelligence agencies. As such, internal orders surpassed the $20 billion mark, while exports, although rising, trail at just $13 billion.

In 2012, government procurements will increase further still: the Ministry of Defence this time around will buy weapons and equipment worth $23.1 billion. The outlays are becoming increasingly steep. By 2020, Russia’s troops are to receive approximately 2000 new artillery systems, 2300 tanks, and 17,000 vehicles. 400 intercontinental ballistic missiles will be purchased over the coming decade.

The sharp increase in procurements and military spending is the price to be paid for the period from 1993 to 2007, when defence orders dropped off and the military squeezed everything it could out of its Soviet stockpiles. Russia’s army was mostly using old equipment in the 1980s and early 90s, and the hardware is fast approaching its expiry date.

Russian enterprises are having trouble meeting the growing demand for certain types of equipment, such as torpedoes and light armoured vehicles, resulting in frequent wrangling between the industry and the military. The latter is also unhappy with the quality of some types of weapons made in Russia. Above all, this relates to certain models of small arms (such as sniper rifles), unmanned aerial vehicles, and wheeled armoured personnel carriers.

In some cases, Russian forces have resorted to buying weapons from abroad, in limited quantities, so as to put pressure on Russian manufacturers and to fill the gap in weapons inventories until domestic industry can meet the requirements. For example, significant procurements have been made of the Austrian-made Steyr Mannlicher SSG 08 sniper rifle and the Italian-made Iveco LMV M65 (Lynx) armoured car, as well as Israeli drones.

Various models of foreign-made wheeled armoured personnel carriers and heavy-armament combat vehicles are being examined with a view to procurement. To this end, Russia has imported several Centauro and Freccia armoured vehicles from Italy. In the future, Russia could produce such vehicles, or a specially-modified licensed range, domestically.

At the same time, Russia’s army and military and political leaders have no plans to expand imports of military equipment. The main focus is on modernising the country’s defence industry; Russian hardware is generally regarded as being advanced. Proof of this can be found in the growth of exports of Russian military equipment (combat aircraft, anti-ballistic shields, naval weapons, tanks).

The rise in Russian military exports to China, which was once considered a lost market, should be noted. According to Vyacheslav Dzirkaln, deputy director of the Russian Federal Service for Military-Technical Cooperation, last year China made up roughly 15 percent of all Russian arms exports, importing slightly less than $2 billion of arms from Russia.

Russia is also increasing exports to China of various types of aircraft engines and the Mi-17 medium transport helicopters. 2011 and 2012 saw the signing of a series of major contracts for delivery of AL-31F, AL-31FN and D-30KP aircraft engines, which are used in China’s J-11B, J-10 and H-6K jets, and the future Y-20 long-range transporter.

Currently, most of the equipment produced by Russia’s defence industry consists of radically upgraded models that were first developed back in the 1980s and early 90s. For instance, the only aircraft designed from scratch in the post-Soviet era is the Yak-130 lead-in fighter trainer. Yet, in this respect, Russia is no different to other nations: Western countries continue to use basic modifications of military aircraft, tanks, and artillery systems that appeared mostly in the 1970s and 80s. Russian industry is currently focused on a number of very large programmes, which are set to bring Russia’s military capability bang up-to-date.

For example, several basic types of new armoured vehicles are on the drawing board. The Armata universal platform is slated for the production of a new tank, a self-propelled gun, and a heavy infantry combat vehicle. A separate range of medium fighting vehicles is underpinned by the chassis of the Kurganets-25. At the same time, work is in progress on the Boomerang, a new wheeled armoured personnel carrier, the first prototypes of which are due to appear as early as 2013. In the field of aviation, the largest projects on the immediate horizon are the fifth-generation T-50 fighter and the PAK DA forward-looking strategic bomber.

Russia is successfully upgrading its strategic arsenal. Work is already underway to renew the RS-24 Yars intercontinental missile. The first nuclear-powered missile submarines under the new ‘Yury Dolgoruky’ project have been built and mass production of a new line of naval ballistic missile, Bulava, is about to begin. Strategic programmes find themselves in a better position largely due to the fact that procurements and investments in this area were never frozen, not even in the turbulent 1990s.

If the Russian industry can maintain this pace, it will be able to meet the needs of the country’s armed forces and keep its place at the top table of major arms exporters. This will include supplying China with engines and other hi-tech weapon components.