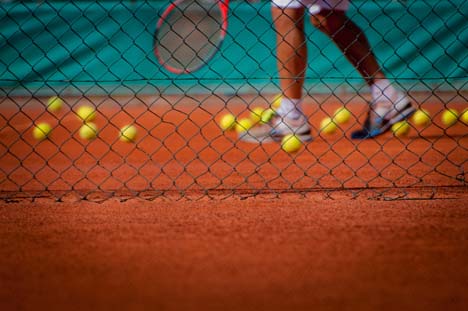 While Russian women have kept the tricolour flying at grand slams and the Olympics, the men’s version of the game is in a rapid state of decline. Source: Getty Images/Fotobank

After a 5-0 drubbing in Sao Paulo, Russia is out of the Davis Cup World Group for the first time since 1993.

Perhaps the writing was on the wall in February when Russia lost a Davis Cup World Group Tie to lowly Austria. Nicholai Davydenko didn’t play a single match in Vienna because of an injury and the fancied Russian team never looked like they were in the tie. The team representing Russia in Sao Paulo over the weekend comprised of world number 96, Igor Andreev and the 163rd ranked player in the world, Teymuraz Gabashvilli. For some reason, the much-higher ranked Mikhail Youzhny, a hero of the 2002 final against France, was overlooked against the Brazilians.

The Brazilians have a history of choking away 2-0 leads in the Davis Cup but this dispirited group playing for Russia just did not show up. The tame surrender to Brazil is a new low for men’s tennis in Russia. This is a country that won the Davis Cup in 2002 in that thriller of a final against the French and once again in 2006 in another exciting final against Argentina in Moscow. Russia has also been to the final 5 times since 1993, but hasn’t had a decent Davis Cup side since 2007.

While Russian women have kept the tricolour flying at grand slams and the Olympics, the men’s version of the game is in a rapid state of decline. Youzhny was the last Russian man to be in the ATP top 10, when he was the number 8 player in the world in 2008. And who was the last Russian man to win a Grand Slam? The highly-talented yet erratic Marat Safin in 2005! Of course since then, we have had one of the great eras in the men’s version of the game. Roger Federer, Rafael Nadal and Novak Djokovic have won 33 grand-slams amongst themselves. The trio have just been a few levels ahead of the rest of the pack, but that still doesn’t explain why no Russian man has come even close to being in the top 10 rankings in four years.

After watching the Russian doubles team go down meekly to Brazil on Saturday ensuring that the hosts would not choke away a 2-0 lead this time, I rang up an old friend in Moscow, who works full-time as a tennis coach. What’s wrong with men’s tennis, I asked him. His tongue-in-cheek reply said it all. “How many young boys want to grow up to become the next Maria Sharapova?”

This friend who has been coaching children since the 1990s says that the Russian men were the ones bringing in the laurels from the Yeltsin era. “Yevgeny Kafelnikov was a world number 1 and won the Olympic Gold in Sydney...we even made the Davis Cup Finals twice in the 90s long before becoming champions, but now we are in the Euro/African zone,” this angry coach said.

Given the depth and the highly competitive nature of the men’s version of the game, one has to wonder whether parents are actually encouraging talented young boys to take up other sports. The coach-friend of mine sees a gradual fall in the number of boys signing up for lessons. “Every young boy wants to win an Olympic Gold in Judo,” he says.

Russia’s judo revolution may have taken away potential tennis champions but there must be enough prospects in the horizon. This tennis coach, going back to that sarcastic Sharapova example, insists that the lack of role models is hurting the men’s game in Russia. Marat Safin, a former number 1, who catapulted Russia to both its Davis Cup victories, has vanished out of public view. Then there’s Kafelnikov, who is busy with his golf career and dreams of a gold medal in the sport in the 2016 Rio Olympics probably representing Ukraine! Men’s tennis in Russia is in definite need of a minor miracle or the country faces more obscurity and time away from the elite Davis Cup group.