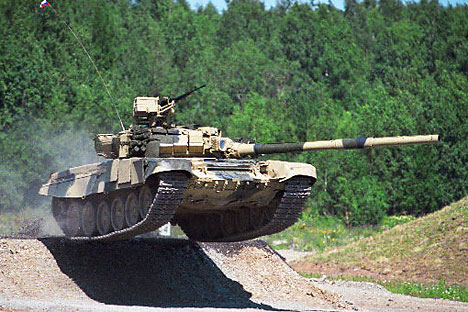 Lieutenant General Mohammad Asad Durrani, Former Director-general of the Inter-Services Intelligence (ISI), Pakistan, spoke with the Voice of Russia about the US and NATO’s presence in Afghanistan.

It seems like the list of “threats” to U.S. national security is an endless one. Which leads experts to wonder what the West’s, the US in particular, real agenda is in Central Asia. Could these “threats” simply serve as a justifiable distraction from the West’s even larger long-term plans to occupy and exploit Central Asia’s vast natural resources?

VOR: General Durrani, in your opinion, what was the real aim of the American and NATO operation in Afghanistan? Was it Afghanistan itself, or was it aimed at getting a foothold and dominating a broader region?

MD: Even if it was undertaken for the particular purpose of getting Osama bin Laden, I think finally Americans must have come to the conclusion that “It's a good idea to stay here, because it gives us multiple options. So let’s see how we can stay.”

And that leads to a broader agenda – Pakistan and Iran, China, Central Asia. It is also quite possible that there are people who have interest in the continuing conflict. This includes certain people in the military, in the CIA, because that provides them great access to the matters. Some people believe that if there is war, there is a better economy; if there is war, the defence manufacturers can sell more weapons. All these things combined together lead me to believe: whatever objectives it started with, now it has become their objective to continue the conflict. And because of that they will keep on looking for new enemies and new threats. It was Osama bin Laden then, it is Taliban now, it is nukes somewhere else or “rogues” like Iran. You keep on inventing in new threats, so that you can say there longer.

VOR: After 2014, there is a possibility of a new Great Game starting in the region. Do you think this game is going to be of a confrontational kind or one of cooperation? And what alliances can the participants of the game form?

The game has already started. Call it a new “Great Game” if you like. It is a very big one. It is about strategic influence, strategic areas, about natural resources. The alliances that are emerging, in my view, are unexpected alliances. The whole region is coming together – Russia, China, Pakistan, Iran. India also is not very far away. All of them say, “If we do not play together, then no one will be able to play it.” These resources will remain unutilised. We need them, Central Asia needs them. The term means you cannot optimally explore it. So this is the broad description of the situation I see now. In the region itself I don't see any major divisions. As for the outside forces, it is essentially the United States. I'm not sure if all European allies of the Unites States are with them on this. Because most of the countries would be quite happy looking east and taking advantage of it. They already are dependent on Russian gas, for example, I don't think they want to burn the bridges.

VOR: In your lecture you said that Afghanistan is doomed to be Pakistan’s ally. What do you mean? Is it for centuries to come or is it just a temporary alliance?

It is better to say not that we are “doomed,” but both of us, Afghanistan and Pakistan, are destined to remain together, depend on each other. Instability in Afghanistan affects us. If there is mischief in Pakistan, Afghanistan has a problem. Throughout history, both countries or areas, have always established certain linkages. I think the alliance is to be for all time. We may have problems but this interdependence is our destiny. For example, I am a Durrani. My ancestors came from Afghanistan. Afghans ruled over India for centuries. I think that speaking of the region in strictly political terms would not be very helpful. To understand the region we have to look at history and especially into interdependences in the area, the linkages.

VOR: How would you define how Russian interests and Pakistani interests coincide in relation to Afghanistan and more broadly - in regional problems? Are there still contradictions in that position?

I think our interests are converging. Central Asia is certainly one of the converging points. In my understanding, if one is looking at Central Asian countries, it is much better to remain in touch with countries like Afghanistan, Pakistan and Iran. I think that Chinese-Russian connection will also be very important. Because that country also plays a great role in Central Asia. So it is only a natural phenomenon that the whole region is coming together.

VOR: There are forces that are not very much interested in stability. One of the axes they are working through is the Baluch question in Pakistan. It’s definitely connected with many issues, one of them being the Gwadar Port and China-Pakistan link. What, in your opinion, is the impact of outside interference in regional issues, apart from the NATO presence in Afghanistan?

Everyone who is interested in the area has their presence there. It’s strategically one of the most important areas in the world. It has resources. It links Afghanistan with the ocean. It is also important because of its closeness to Iran. Our problem is that we have not been able to win the confidence of many Baluchis. So that has been exploited by some of the forces, which have different interests from ours. But what is the total number of activists involved in the struggle there? If it is more than two thousand, I will be very surprised. But then we also know, sometimes you don't have to have many people. All they have to do is go and kill an old man or blow up a bus. That can happen. Taking care of those people and bringing them back to the mainstream – that is the challenge. And so far we have not done it too well, although some progress has been made. But still, keeping the Baluch confidence is our job. Most of them know that in spite of all the grievances Pakistan remains for them the best option. So we should continue to maintain this option, but of course their grievances, their sentiments should be taken care of.