Will the U.S. learn a lesson from the death of its Ambassador in Libya? 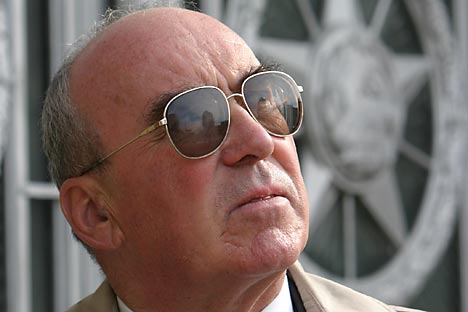 Former Russian Ambassador to Libya Veniamin Popov: “The U.S. has a lesson to learn from the death of its Ambassador in Libya.” Source: ITAR-TASS

On September 12, 2012, U.S. Ambassador to Libya, Christopher Stevens, and three members of the embassy staff died in a rocket attack in the city of Benghazi.

The Ansar al-Sharia rebel group that launched the assault said the attack was a response to the American film “Innocence of Muslims,” which it claims is an insult to the Prophet Muhammad. Just one day before the assault in Libya, the U.S. diplomatic mission in the capital of neighboring Egypt was also attacked.

The last incident of this nature occurred in 1979, when U.S. Ambassador to Afghanistan Adolph Dubs was kidnapped and killed. His death prompted a hardening of Washington’s policy towards the country and, ultimately, contributed to the course of events that led up to the war in Afghanistan.

In the following interview, former Russian ambassador to Libya and current Director of Foreign Relations at the Islamic Culture, Science and Education Fund, Veniamin Popov,  reflects on the causes of the tragedy in Benghazi, what lessons the U.S. should take from it and whether Washington will change its attitude to Tripoli.

Vzglyad: Will the U.S. break off diplomatic relations with Libya?

Veniamin Popov: I don’t think that America will sever relations with Libya. Libya is a very rich country. It has good quality oil, so the Americans are not interested in leaving. They are trying to play down the significance of these events, emphasize cooperation with Libya and so on.

Vzglyad: Are aid programs to Libya likely to be put on hold?

V.P.: They will tread more cautiously now, because they have to react somehow. If they do nothing, then tomorrow they will be shot at and killed. That isn’t the way to go about doing things. How can you conduct a dialogue if diplomats are being killed?

Vzglyad: What are the chances that the authorities will find those responsible for the attacks?

V.P.: Benghazi is not a big city, so people know who did it. I think they will find them; but whether or not they will be able to arrest them is a different matter altogether. Libya has colossal stockpiles of weapons which have spilled all over the place. Everybody is armed now.

Vzglyad: Do you think America regrets aiding rebels in Libya a year ago?

V.P.: America and NATO bombed Libya and suffered as a result. These are the fruits of their own air raids. The country is divided, and it is not clear whether it will survive as a single state. There are a number of tribes in various regions seeking full independence.

Our European and American partners have cause to think hard about what they are doing in Syria, where al-Qaeda and other extremist elements are backed. There are at least six thousand al-Qaeda supporters in Syria, according to the AFP.

This is a short-sighted policy. One should understand that military interference in Syria is out of the question.

Vzglyad: What should the international community have done a year ago? Force the warring sides to make peace and hold free elections?

V.P.: Yes, of course. In this day and age, it is impossible to solve religious, national and ethnic problems by military force. Military superiority does not count anymore. Obviously, the parties to the Syrian conflict should have been brought to the negotiating table. Civil wars never end well.

I grieve for the unfortunate American diplomats: they were innocent victims. This was the result of miscalculations in American policy.

One should understand the cause of all of this, and it lies in the fact that a country has been bombed out of existence. It is difficult to say how we can restore it. The Americans are trying to repeat this in Syria, and this is dangerous. Lessons should be drawn, and I hope they will be.