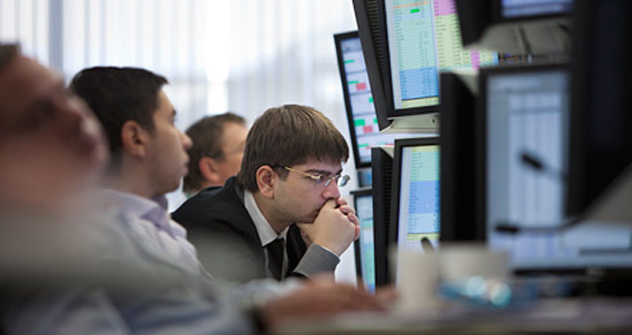 According to the World Economic Forum’s Global Competitiveness Report, the competitive positions of the BRIC countries are barely improving, while all of their other advantages are transient. Source: AP

Alexander Zotin believes that the BRIC countries will become the first victims of the new wave of the crisis.

Goldman Sachs Chief Economist Jim O'Neill coined the acronym BRIC – Brazil, Russia, India, and China – eleven years ago. He believed these countries had a stellar economic outlook. In the early 2000s, the BRIC economies indeed outperformed developed countries by a fair margin. The BRIC countries started holding regular summits and meetings, and actually began to think that they would soon dominate the global economy. Alas, they haven’t succeeded at that. According to the World Economic Forum’s Global Competitiveness Report, released last week, the competitive positions of the BRIC countries are barely improving, while all of their other advantages are transient.

Analysts were upbeat on China as recently as a year ago. Even the 2008–2009 crisis had a negligible effect on China’s GDP growth. Today, statistical data suggest that it has slowed sharply. China’s economic growth rates fell to 7.6 percent in the second quarter of this year after exceeding 10 percent a year in the early 2000s. Besides, official statistics are not reliable. Indirect evidence suggests growth could be even slower, perhaps at 4–5 percent.

A credit bubble is the main reason for the slowdown. At the end of 2008, the Chinese authorities initiated a remarkable increase in lending. Dragonomics estimated the total amount of Chinese stimulus measures at 20 percent of GDP in 2009 and at 10 percent in 2010. China is also home to a thriving shadow banking system. According to the Hong Kong-based consultancy GaveKal, China’s financial black market is responsible for around 40 percent of all loans issued in the country.

Shadowy or not, any credit boom will go bust sooner or later. China’s economy is unable to use new loans efficiently when they are in abundant supply, leading to overproduction and causing real estate bubbles to inflate. A bad debt problem is inevitable. Perhaps the Chinese financial system will need a bailout along the lines of the recent US and EU examples.

The current situation in China is very similar to the US mortgage crisis of 2007. The form is different, but the reason – a credit bubble – is the same. The crisis in Europe and stagnation in the US have created an additional problem for China by causing a sharp drop in demand for Chinese-made goods.

India’s economy is very different from China’s, both structurally and demographically. India never enjoyed the kind of high growth rates that China did, barely creeping past 6 percent per year in the early 2000s. The country has continued to experience explosive population growth, to the tune of by 25 million people per year. Its per capita GDP growth, therefore, has been even weaker, at 4 percent per year. India lacks anything comparable to China’s industrial sector, but faces problems with infrastructure development, corruption, climate, and human capital. That’s why India has failed to emulate China’s success.

Australian economist Satyajit Das notes that most of India’s economic achievements are just for show. Successful IT companies, such as the giant Infosys, employ 1 million people at most (India has a population of 1.2 billion). This accounts for just a little more than 0.1 percent of all jobs, mostly for the few well-educated people. The transition from a pre- to a post-industrial society is little more than a dream.

Since energy accounts for up to 40 percent of India’s total imports, the 2012 increase in oil prices caused the economic situation to deteriorate. The picture is eerily reminiscent of the Russian crisis in 1998: payments and budget deficits totalling 60 percent of the GDP and a spiraling national debt. Investors are fleeing India, causing the rupee to fall continuously. The situation in the banking system is getting worse because of increased bad debt and the rising cost of dollar-denominated obligations.

Under the circumstances, the government is likely to slash energy and food subsidies, which will trigger price hikes. Keep in mind that India is much more sensitive to food price inflation than developed countries. Food accounts for quite a serious share of total spending. A local version of the Arab Spring is something India doesn’t really need.

At slightly higher that 3 percent per year, the Brazilian economy’s growth rates over the past decade have by no means been fantastic either: long-entrenched problems such as extreme social inequality and corruption have taken their toll. The high per-capita GDP of more than $10,000 is distributed so unevenly that a very narrow layer of the super-rich receives most of the income: Brazil’s Gini coefficient is 50 (Russia’s is 42). Brazilian growth has been largely a function of China’s growth over the past decade. Despite clear progress and economic diversification, commodities and primary processed products account for more than half of total exports. Iron ore is the largest export. Approximately a third of Brazilian exports are sent to crisis-ridden Europe, and another third to China.

As long as China was building its endless skyscrapers in the desert and laying railways to nowhere, demand for iron ore was strong. The situation is no longer that positive now. Brazil’s mining company Vale, the world’s second largest producer of iron ore, has announced cuts in capital expenditures due to weak demand.

2012 has been a year of a sharp slowdown for Brazil; the country is in fact on the brink of recession as GDP growth slowed to 0.5 percent in the second quarter. A sharp decline in exports is to blame.

Russia is very much like Brazil: a commodity export-oriented economy, a similar level of per-capita GDP, and comparable social and income inequality, not to mention an even stronger dependence on the global economic cycle. In the crisis year of 2009, Russia’s GDP decline was the biggest among the G20 countries. Should the global economy wander into recession once again, Russia would simply collapse.

At the moment, Russia’s economic situation is not that bad, but its medium- to long-term outlook looks much less rosy. Russia was one of the main beneficiaries of the commodity boom of the early 2000s that was driven by China’s explosive growth, along with other commodity exporters such as Brazil, Australia and Indonesia. Among the world’s major economies, only China has generated additional demand for crude over the past few years, while the United States, the EU, and Japan have all been reducing oil consumption. If China’s consumption declines, then oil prices will fall sharply. This is already happening with iron ore and aluminum.

In 2008, Russia was much better prepared for a collapse of oil prices. Now its dependence on the global economy is much stronger. The Budget Code was aiming to cut the non-oil and gas deficit to 4.7 percent of GDP; the crisis has nixed those plans. The deficit was 10.5 percent in the first half of 2012.

If commodity prices were to implode again, Russia would be dealt a harder blow than in 2008. Its choices would be few: either continue massive devaluation of the rouble, or urgent public spending cuts – or, most likely, both. The country would have to forget about its status as an energy superpower, and to once again be relegated to the modest position of a mere commodity annex.