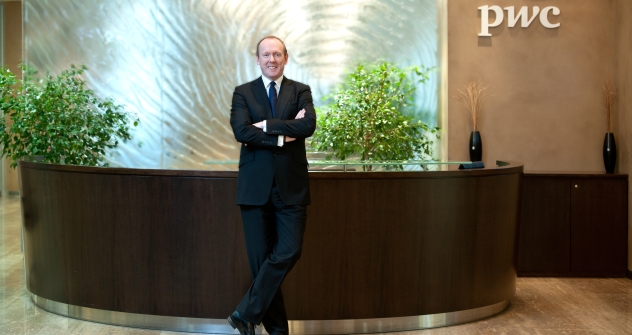 David Gray from PwC: The Asia-Pacific summit in Vladivostok is a historic opportunity for Russia to take advantage of the growth taking place in the APEC region. Source: Press Photo

RBTH spoke to David Gray, Managing Partner at PwC’s Moscow office, about the long term-effects of the APEC CEO Summit and how it will affect Russia’s development.

Russia Beyond the Headlines: Why is PwC sponsoring this year’s APEC CEO Summit?

David Gray: We’ve been involved in APEC for a number of years, so it’s an ongoing commitment to the APEC and ABAC agenda. Like a lot of people, we see the Asia-Pacific market as key to our global firm, in terms of growth. We produce the annual APEC CEO survey as a data point to feed into the APEC event.

RBTH: Have you found the summit to be useful?

D.G.: Sure. It’s useful because it attracts a very high quality audience of global CEOs and others involved in sponsoring the summit, like ExxonMobile and Caterpillar.

RBTH: Prior to the summit, $20 billion was invested in turning Vladivostok into an attractive investment destination. How realistic are these plans?

D.G.: It’s a historic opportunity for Russia to take advantage of the growth taking place in the APEC region. The commitment that the Russian government has shown, both in terms of hosting the event and the money it has put into the infrastructure, is a legacy that will help better integrate Russia into the APEC region.

In our CEO survey, we looked at people’s expectations for growth within the APEC region over the next few years. This growth is expected to significantly outpace global growth. So Russia has an opportunity to be part of this story of sustained, high-level growth. It has started turning eastward, to capture that opportunity.

In the CEO survey, many people responded that this is what APEC should be about – trade agreements, reducing barriers to investment, making rules of trade clear to everyone. Hillary Clinton spoke about level playing fields – let’s open up the Asia Pacific region as one equal playing field where we can all invest on equal terms, because we’ll all be better off that way.

Russia has the natural resources – not just oil and gas, but minerals, metal, timber. It’s not a direct investment where they build a bridge and a university and generate returns. It’s part of a bigger story of refocusing Russia in the Far East and integrating the Far East into the wider Russian economy, in order to maximize Russia’s access to this APEC growth story.

RBTH: Another idea that has been voiced concerns industrializing the Far East. Is this realistic?

D.G.: ’m not sure if it makes sense to industrialize, in terms of heavy industry and manufacturing. You have to pick your target. A multipronged approach to development is key. In Asia you’re already seeing many countries move their economies away from simple manufacturing to higher value-added products, and that’s where Russia needs to be.

Yes – we can have a certain amount of manufacturing in the region based on natural resources (like timber), but the real value will be in the knowledge-type economy areas. Biotech and nanotechnology are areas where Russia could have a great future. Some of the investments the Russian government has made all across the country are the right way to go.

That economy is also very mobile. So can Vladivostok be a part of that? Absolutely. This facility we’re in [new campus of the Far Eastern Federal University – RBTH] is an astonishing investment that will hopefully yield dividends as an attractive place to live and exchange technology.

They’ve already done a lot, but walking around here, you see it’s a big island. There’s so much opportunity for putting in golf courses and other leisure infrastructure to make it into an extremely attractive place.

RBTH: How do you feel about the newly-created Ministry of the Far East channeling federal funds into the region, versus simply providing major tax breaks for entrepreneurs here (like the dividend and lack of sales tax in Alaska)?

D.G.: It all depends on how they spend the money. The long-term sustainable economic growth of the region depends on creating an environment where business can thrive. For business to thrive, you have to have people. A number of speakers have talked about a dividend of population growth — that it actually generates further economic growth as long as it’s not out of control.

I like the idea of the Far East having its own minister in Moscow who can lobby the interests of the region directly to the President. I’m talking about not only money, but also seeking changes in legislation, trade agreements and infrastructure.

It’s kind of like Skolkovo. Skolkovo needs legislation to function properly. But that legislation is a dividend that applies nationwide, because it will also encourage innovation centers, creativity and investment across Russia.

RBTH: Supposedly, one of the reasons Vladivostok doesn’t have a McDonalds is because the population isn’t high enough to justify that investment. This applies to other sectors as well. Is this opinion valid?

D.G.: I think population and huge distances are factors. There will always be a reason given for why things can’t be done. But there are examples like Finland and Canada that show it is possible to develop these regions. There are also a number of positives in the Far East to counterbalance these factors – the access to the ocean, cleanness of the environment.

RBTH: First Deputy Prime Minister Igor Shuvalov used the Summit to describe a re-orientation of Russia’s trade structure toward APEC as a means of diversifying the economy. How do you interpret this based on the fact that almost all of the planned new exports toward Asia are non-renewable raw materials (apart from timber and grain)?

D.G.: Grain is a good example – Russia’s agricultural sector is underdeveloped and there are massive productivity gains to be made. This was one of the reasons we opened our office in Krasnodar – we see massive opportunity for growth in the agriculture sector, and Asia will be an important market for that.

It’s also not just grain – we can talk about producing meat and even a biotech industry coming out of agriculture.

Another sector that could be a big growth area for the Far East is logistics and trans-shipment. Based on our research, if we can redirect a fraction of what currently goes around Russia to get to Europe and Africa and other places, then there’s a huge amount of value the economy can capture in terms of logistical service provisions. So there are opportunities to diversify, and they will also help make Vladivostok an exciting place to live.

The lesson from the so-called “resource curse” is not “don’t develop your resources.” It’s that you must not let those resources price everything else you do out of the market. Use them like Norway, not like Nigeria.

RBTH:  Based on the research you have conducted among CEOs, are you expecting a second wave of the global crisis?

D.G.: People are uncertain in the short term (one year in advance), but in the APEC region they still expect to see solid growth. One of the critical things people are worried about is the U.S. economy.

The recent data coming out of the United States on jobs creation and unemployment was somewhat disappointing, but jobs are still being created. And I think growth in the APEC region will get us through this. I’m very enthusiastic about Russia. Growth may be slightly slower this year than last, but I think we can grow at 4 to 4.5 percent.