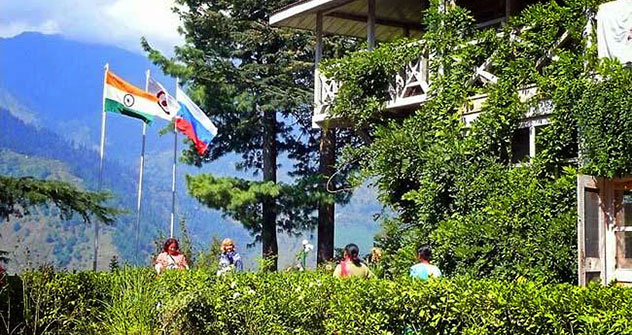 The dispute over the management of Russian painter and philosopher Nicholas Roerich’s estate in the Himalayas was resolved after a meeting, held by the executive committee of the trust running the estate.

“Popularisation and preservation of the Roerichs’ estate-cum-museum in Naggar located in the Himalayan Kullu valley in Northern India appeared to be among key topics at the meeting of the Executive Board of the International Roerich Memorial Trust (IRMT),” the Russian Embassy in New Delhi said on its website. 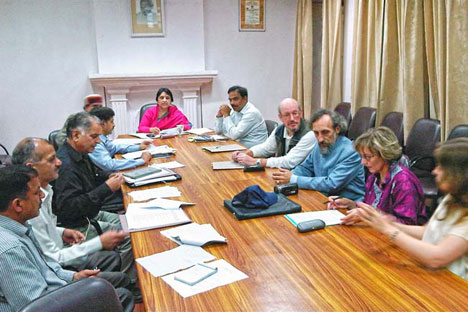 The embassy’s counsellor Sergey Karmalito said the trust, which has both Russia and Indian members, approved the candidacies of writer, ethnographer and historian O. C. Handa as the new IRMT director and Larisa Surgina as a curator. This ends a period of uncertainty over the estate, which was a spot of contention between a small group of retired and serving bureaucrats from the state of Himachal Pradesh and the Russian Government.

Surgina replaces Alena Adamkova, a Slovak citizen, who served as curator for over 10 years, but was under tremendous pressure to resign from officials in Himachal Pradesh over alleged irregularities in the estate. A source close to the trust told RIR that the controversy arose out of a personal dispute between a retired Indian civil servant and Adamkova. A 3-month audit revealed that the estate has 37 Nicholas Roerich paintings and over 8000 artefacts owned by the Roerich family, proving that the allegations against Adamkova were baseless.

'We are looking into the future with optimism'

Surgina headed a team of experts that worked on a 3-month audit of the museum’s exhibits from the main exhibition and those kept in vaults. “During three months the researchers examined and registered more than eight thousand items featuring 49 canvases by Nicholas and Svetoslav Roerich and 102 statues of gods and heroes of ancient Indian epics,” the Russian Embassy said. The embassy added that 392 items of memorabilia absent from all earlier registries were now put on record. “The final registry also included zoological and herbarium collections amassed by the Roerichs and described by Russian experts who worked in the estate in 2010,” according to the Russian Embassy.

Manisha Nanda, Principal Secretary in the Himachal Pradesh government, praised the audit. “Over the years of the IRMT existence it is the first time that such work has been conducted”, Nanda said, adding that the accumulated information would help substantially diversify the museum’s exhibition and would bring its work to a higher level. These sentiments were echoed by Russia’s ambassador to India Alexander Kadakin, who is a lifetime trustee and vice-president of the IRMT.

IRMT comprises of five Russians and 12 Indians and was founded July 6, 1992, to manage the estate and preserve the legacy of the Roerich family.

Nicholas Roerich, who was the first artist to extensively paint the Himalayas, was inextricably connected with India. His 7,000-odd paintings are on display in reputed art galleries worldwide. He was also a prolific writer and wrote over 30 books including Altai-Himalaya, East and West and The Heart of Asia. Nicholas Roerich was also the architect of the international treaty on preserving the cultural heritage (The Roerich Pact).

His wife, Helena Roerich, gained wide repute as the author of the philosophical system “The Living Ethics”. Their son Yuri was a well-known researcher of Central Asia and the author of the multi-volume Tibetan-English-Russian-Sanskrit dictionary. Their second son Svetoslav was an artist and was awarded the Padma Bhushan, one of India’s highest state awards.