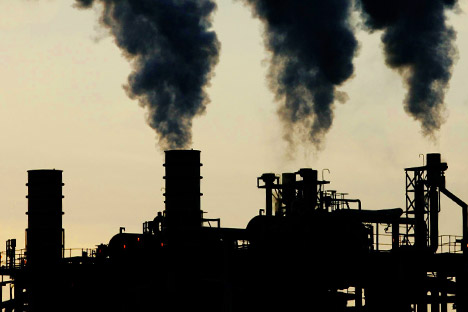 Despite fears of a Fukushima-type disaster, more countries are looking at nuclear power generation to meet increasing energy requirements.

According to a recent survey released by the International Atomic Energy Agency (IAEA), global nuclear power generation will increase by at least 25 percent by 2030, with a maximum growth due to stand at 100 percent.

Two scenarios of the development of peaceful atom prompt experts to be at odds over the matter. However, there are several major factors that cannot but be considered, believes Andrei Gagarinsky, of the Kurchatov Institute Research Centre in Moscow.

“The most serious factor restricting the development of nuclear energy worldwide remains a fear of devastating breakdowns and the so-called Chernobyl and Fukushima effects that mankind faced after nuclear disasters in Ukraine and Japan in 1986 and 2011, respectively. As for the economy-related options, organic fuel may finally be replaced with nuclear one given the ever-increasing prices for fossil fuel. It is safe to assume, therefore, that the nuclear power plants (NPP) will prove to be more effective in the future,” Gagarisnky says.

Although only few countries can afford the costly construction of an NPP, even the poorest countries seek to develop nuclear energy in order to maintain their national security and prestige, the Russian expert points out.

Oleg Dvoinikov, editor-in-chief of the Atomic Strategy magazine, says in turn that the economy-related factors are also of great importance. It is these issues that contribute to the development of nuclear power generation.

It is an open secret that breakthrough technologies are only economically feasible if the price for a kilowatt for the population will be on decline, Dvoinikov says. The construction of NPPs is a complicated process that has yet to be optimized so that nuclear energy can economically compete with gas one."

It is in the Asia-Pacific region where most NPPs will be built in the next 15 years, Gagarinsky says, also citing India, South Korea, the Middle Eastern countries, the United Arab Emirates, as well as South American and African countries that currently develop nuclear programmes.

Oleg Dvoinikov, for his part, stresses the necessity of treading carefully on the construction of NPPs. In this regard, he says, it’s necessary to consider the current situation in a country and a risk of nuclear technologies being obtained by extremists.

“The current protests against an anti-Islam film in the Muslim world make us mull our interaction in promoting nuclear technologies in the countries where these protests are under way, Dvoinikov says. Needless to say, everything should be under the strictest control of the IAEA which should also regulate security-related issues.”

In any case, it is still hard to define paradigm of the development of peaceful atom in modern-day world, experts say.

As if to illustrate their words, Wednesday saw the Japanese government refuse to officially approve their country abandoning nuclear energy within the next three decades.