The Voice of Russia
Vlad Grinkevich 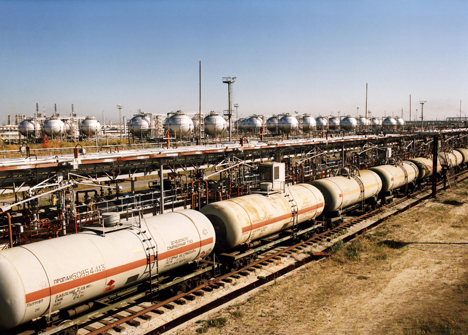 There has been a surge in global demand for coal, especially in countries like India, which is in the midst of a “coal scam.” Experts believe Russia can become an active player in the coal market.

The world is experiencing a real “coal revolution”, but the Russian energy industry is standing aback from this process. This statement was made at the International Energy Forum in St. Petersburg. At the same time, experts believe that Russia has every reason to become an active player in the coal market which is witnessing a revival.

Global power generation is experiencing hard times because traditional oil and gas fields are being exhausted, while the development of new ones is becoming more and more complicated and expensive. Meanwhile, demand for energy is growing. According to the International Energy Agency the consumption of energy will grow by 30 percent in the next 10-20 years.

One of the responses to these challenges is the development of new energy sources such as shale gas. This trend is widely developed in the U.S. Another trend in solving the energy problem could be the “coal renaissance”. The economies of many developing countries, including India and China have traditionally given preference to coal. At present, attempts are being made to return to the almost forgotten method, and the widely distributed energy source could become a global trend, says Academician Alexei Kontorovich, chairman of the Science Council of the Russian Academy of Sciences.

“The world is experiencing a coal revolution, and in the past 20 years, coal production has grown so much, and no one could foresee this in the 20th century. The Russian coal industry has not entered this competition yet. I believe that in this case, things will be determined by logistics rather than the capability in coal production that Russia has,” Alexei Kontorovich said.

Experts admit that from the standpoint of transportation, coal is more difficult than oil and gas. However, according to deputy general director of the Institute of Geology and Development of Fossil Fuel Academician Alexander Khavkin, coal is widely distributed and it can be used in the regions which do not have rich oil resources. However, deep reprocessing of coal and associated products will be most promising. The sale of products with high earned value is several times more advantageous than the sale of raw material, says Alexander Khavkin.

“Lately, I have been promoting the extraction of methane from coal rather than simply coal, and the use of this gas as an energy resource. At present, advanced technology has been developed to reduce accidents in coal mines, on the one hand, and utilize methane as an energy resource, on the other hand,” Alexander Khavkin said.

According to the expert, this is relatively cheaper, and can be compared even with oil. Coal and gas hydrate on the basis of methane derived from coal are capable of solving energy problems in some regions where there are no gas pipelines. According to Alexander Khavkin, an important trend in the development of the coal industry should be upgrading the safety in coal mines and the creation of convenient and transparent logistic schemes.