The Voice of Russia
Grigory Milenin 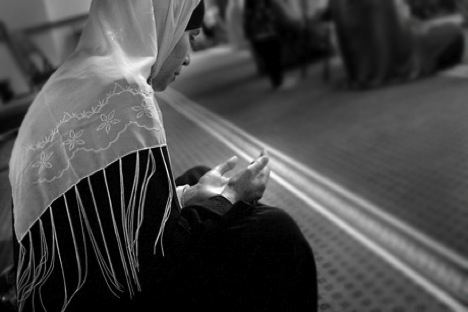 The film that insults the Prophet Mohammed has triggered a wave of disturbances in many countries and has become one of the key topics discussed by the Russian authorities in the past few days. Source: Flickr.com/Beth Rankin

Muslims across Russia have heeded the calls of the country’s muftis to not give in to provocations and to show the true character of Islam.

The 24 million-strong Muslim population of Russia has shown restraint and not reacted violently to an anti-Islam film, which has triggered riots in many parts of the Islamic world. Russia’s Council of Muftis called on the country’s Muslims to not pour out their anger at the film “Innocence of Muslims” and to show morality, endurance and compassion.

The film that insults the Prophet Mohammed has triggered a wave of disturbances in many countries and has become one of the key topics discussed by the Russian authorities in the past few days. They assessed the film as a potential threat to public peace and order. Russia’s Prosecutor General’s Office intends to ban the distribution of the film in the country. The first deputy head of the Central Spiritual Department of Muslims in Russia Albir Krganov, said that the display of the film in Russia would hardly trigger riots in an interview with the Voice of Russia.

“Prophet Muhammad said that those who make havoc are similar to those who wake a snake. Consequently, we should not give into these vulgar provocations and should respond in accordance with law. Insulting the feelings of faithful is a very blasphemous step that can be done only by the unprincipled that have no culture or conscience. These people should be severely punished legally in order to maintain peace and calm in the society,” Krganov said.

However, some experts believe that maintaining a peaceful situation is nothing but serving the Russian authorities’ interests. Chairman of Russia’s Islamic Committee Geidar Dzhemal expressed this point of view.

Meanwhile, First Deputy Chairman of the Spiritual Department of Muslims in European Russia Damir-Khazrat Gizatullin believes that true Muslims should not draw attention to such provocations and should direct their energy to spiritual development and creative work.

“We see that regional heads of those regions where a large number of Muslims live, as we know 24-25 million people who live in the Volga region, Tatarstan, Bashkortostan as well as the North Caucasus, support the campaign for banning the provocative film. During the Friday prayers and even now through your radio, we call on our Muslims not to give into provocations and work, build families, protect our state, get education, attend Hajji and return home safely,” Damir-Khazrat Gizatullin said.

In his blog Damir-Khazrat said that calmness does not mean indifference or refusal to fight. Moreover, Russia has sufficient moral and judicial resources to counter such threats.