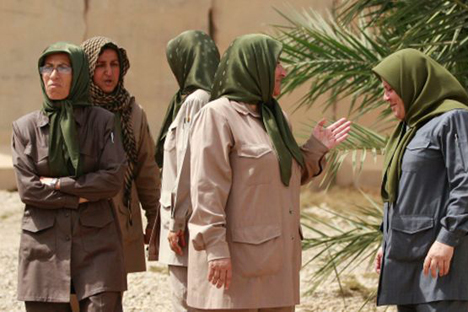 By removing the Mujahedeen-e-Khalq from its terrorism list, America has signalled that it isn’t interested in any meaningful negotiations with Iran.

Prima facie, the Barack Obama administration has probably done one of the stupidest things in the bizarre chronicle of United States – Iran relations when it reportedly decided last week to remove the virulently anti-Iranian regime group Mujahedeen-e-Khalq [MEK] from the State Department’s terrorism list. A formal announcement is expected coming Monday.

The MEK has a bloody history of perpetrating terrorist acts against the Iranian regime. Although it is today a pale shadow of what it used to be in the 1980s and commands hardly any support within Iran, MEK evokes strong feelings in Tehran.

One of the most revered figures in the pantheon of heroes of the Islamic revolution, Mohammad Beheshti, fell victim on June 28, 1981 along with more than 70 revolutionary figures in an MEK terrorist strike in Tehran. The Supreme Leader Ali Khamenei who was present at the conclave narrowly escaped with debilitating injuries. So did former president Ali Akbar Hashemi Rafsanjani. The MEK plan was to decimate the entire Iranian revolutionary leadership at one stroke. This was at the height of the US-Iranian hostilities soon after the hostage crisis ended. The forces behind the MEK in planning that incident are not yet identified.

With this one move to rehabilitate the MEK, Washington has signalled that it isn’t interested in any meaningful negotiations with Iran. It is inconceivable that Tehran will easily overlook Obama’s provocative decision. (Curiously, the US decision coincides with Iranian President Mahmoud Ahmedinejad’s arrival in New York to attend the UN General Assembly session.)

Without doubt, Israel will be mighty thrilled. But what is surprising is that the US cannot have any sort of ideological or political affinities with the MEK. The MEK had Marxist leanings at one time; it also used to be “anti-imperialist” and “anti-Shah”; and, later it aligned with the Islamic revolution and finally it turned against the religious establishment and ended taking refuge under Saddam Hussein until the dictator’s rule ended in Iraq. Saddam provided sanctuaries to the MEK and used it as an instrument of policy to destabilize the Iranian regime.

With Saddam’s tragic departure, MEK ended up in American hands. Obama’s latest decision is part of a concerted western design to rehabilitate the MEK on the specious plea that it has become a toothless, harmless organisation anyway. Other European countries have also taken similar steps. This is double standard bordering on rank hypocrisy.

The heart of the matter is that the MEK works closely with the Israeli intelligence and has proved its usefulness by undertaking dangerous operations inside Iran, especially for subverting Iran’s nuclear program by assassinating nuclear scientists in that country. Iran has apprehended several MEK agents working for Israeli (and US) intelligence.

So, how to circumvent the law? That was the big question that Obama administration faced. The only expedient way is to remove the MEK from the terrorist list. Obama and Secretary of State Hillary Clinton are not only gifted politicians but also are lawyers trained in the best law school in the US (Yale). They know how to be on the right side of the law – although they may often not always be on the “right side of history”.

By the way, the recent induction of the Haqqani group into the US’ terrorist list is actually in the very same spirit of expediency to be on the right side of law. Since the Haqqanis are supposed to be holed up in North Waziristan and since they are now deemed “terrorists”, the drone attacks, which Obama personally clears, no more become the stuff of war crimes, which they otherwise could be, because the US and Pakistan are, technically speaking, not at war.

The US law gives a free hand to Obama to go for terrorists anywhere on the planet in the supreme national security interests of the US. So, he can’t be seen as ordering the drone attacks to assassinate foreigners, which, by the way, is also prohibited under U.S. law.

Simply put, as a law-abiding civilised nation, the US cannot afford to do unlawful things. And, therefore, Haqqanis are “in”, and MEK is “out”. That makes things perfectly legal if the US assassinates the Haqqanis and consorts with the MEK terrorists.