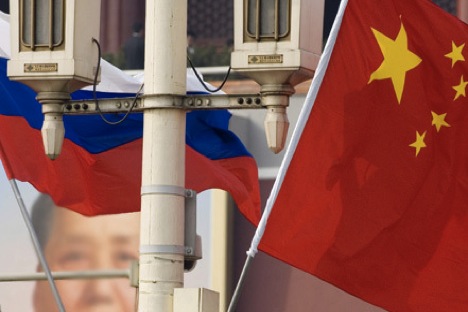 International military and political experts agree that Russia–US and US–China relations are becoming the main element of international relations in the world today. Source: ITAR-TASS

International military and political experts agree that Russia–U.S. and U.S.–China relations are becoming the main element of international relations in the world today. What challenges does this new global strategic knot present?

China has already surpassed the United States in terms both of industrial production and export volume. The country will catch up with the US in terms of GDP by 2016-2018 and in military spending by 2025. The United States has been trying to adapt to a polycentric world after its efforts to consolidate a unipolar world failed.

The United States is overstretched at the moment. It is withdrawing troops from Iraq and preparing for a pullout from Afghanistan. America is also facing a huge budget deficit. According to estimates, the U.S. will have to borrow 30 cents on every dollar of public spending for the 2013 fiscal year. The majority of this borrowing will be from China.

While economic issues have taken priority in negotiations between the two countries, Washington is increasingly concerned about the Chinese military build-up. China is now capable not only of defending its own territory, but is has also begun developing a military capacity that will allow it to expand its “security perimeter” into the Pacific Ocean.

The United States released a new military doctrine early this year, which introduces an important change to the country’s military strategy. It has for the first time named China, along with Iran, as a potential enemy.

According to Sergei Rogov, Director of the Russian Academy of Sciences’ Institute of the USA and Canada in Moscow, “an American–Chinese military rivalry is emerging in an environment where both countries are interdependent.”

“The Chinese military build-up is going ahead at breakneck speed. The Chinese armed forces are rearming, and they are doing this without making any personnel or weapons cuts. The Chinese army had between 8,000 and 10,000 tanks 15-20 years ago, and this number hasn’t changed; but while in the 1990s those tanks were numerous variations on the T-55, at present between 30–40 percent of them are “Type 96” or “Type 99”machines – a totally new generation of armoured military equipment. Older aircraft such as the J-8 are being replaced with the new J-11s,” Aleksandr Khramchikhin, deputy director of Moscow’s Institute for Political and Military Analysis, said.

The June issue of the respected American aerospace weekly Aviation Week & Space Technology quoted high-ranking US officials and intelligence community representatives as saying that if a crisis occurred in relations with China, Beijing would be quite likely to strike first. And if a conflict were short-lived, its outcome would be far from favourable for the US.

In a nutshell, the Americans are concerned that the Pentagon’s military command systems and national intelligence gathering and processing channels are 80 percent dependent on the space component. In other words, without satellite support, all of the high-tech modern weapons with “smart” bombs and high-precision cruise missiles are little more than a pile of scrap metal.

American weapons and intelligence experts are confident that, in the event of a crisis, China would initiate cyber attacks and use anti-satellite weapons. According to the US Department of Defence, the military and information strategy of the Chinese armed forces provides for the use of special cyber task groups capable of attacking the adversary’s computer networks. Combat computing is a compulsory subject in the Chinese army’s military training.

As far as anti-satellite weapons are concerned, Beijing has been hastily developing a relevant programme of its own after the coalition’s success in saving Kuwait. The diversity of the forms it takes is impressive. For instance, the Air Force, responsible for coordinating work across the entire spectrum of military space technology, pro-actively provides for the large-scale use of “conventional” satellites located in “hidden” orbits from which they can strike if hostilities begin. Moreover, massive use of cheap mini-satellites as strike weapons is planned.

Rogov speaks convincingly of Russia’s possible position in this situation: “Our interests within the ‘Russia–China–US’ triangle are to try and maintain steady relations with both Beijing and Washington, without allying with America against China or with China against America.”

The Russian expert expressed moderate optimism with regard to Russian–American relations: “While not large, Russian–US trade has all but returned to the pre-crisis level. So I think that the ‘reset’ has been a success, even though it has run its course. At issue now is an agenda for the Russian–American relations going forward. As a matter of fact, the very atmosphere of an election campaign is making it difficult to achieve any compromise solutions.”

Nevertheless, Russia’s modern integration into worldwide global processes is reason to hope that its relations with both the West and the East in the strategic sphere will remain predictable.