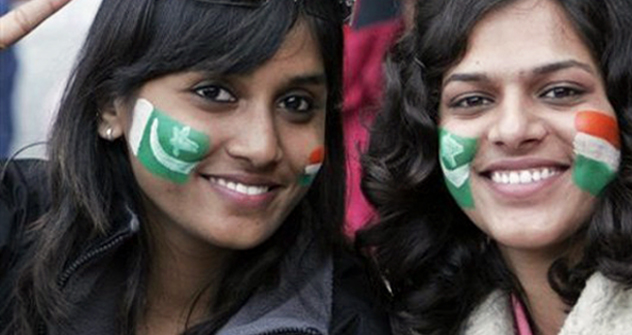 In the end, the traditionally fractious relationship between India and Pakistan, and the ability of the two sides to put things onto an even keel is of inestimable significance for bringing peace to the region. Source: Press photo

It is said in the corridors of power in both India and Pakistan that Russia’s sole purpose of engaging in the region is the stabilisation of relations in South Asia.

As expected, the President of Russia will begin an official visit to Pakistan on October 2 this year. His high-level meetings are expected to result in at least twelve agreements in different spheres of cooperation being signed. It goes without saying that Putin’s visit to Islamabad will be keenly observed in New Delhi.

The logic of the process of re-groupings in world politics is forcing Russia to revisit regions where its policies have become outdated after the implosion of the Soviet Union. South Asia figures prominently among such regions. It is said in the corridors of power in both India and Pakistan that Russia’s sole purpose of engaging in the region is the stabilisation of relations in South Asia, a matter which will be of pressing urgency after the completion of the International Security Assistance Force (ISAF) mission to Afghanistan. In the end, the traditionally fractious relationship between India and Pakistan, and the ability of the two sides to put things onto an even keel is of inestimable significance for bringing peace to the region.

“Fiendishly difficult” was the term used by former Indian Foreign Minister K. Natwar Singh to describe the relationship between India and Pakistan. Thirty-something years on and his acute observation has lost none of its relevance. The current terminology employed by experts in international relations – such as “lingering rivalries” and “persisting conflict” – reflects the complex agglomeration of multiple issues. These include historic memory, inherited and received prejudices, the unresolved nature of territorial disputes, unvoiced and unclear concepts of national identity, the inertia of religious antagonisms, bitterly conflicting governmental ideologies, an ongoing sense of being vulnerable to the other country and many other such issues. There is still a paralysing mutual distrust among the political elites, although it often happens that hostile feelings towards the neighbouring country result in the formulation of an entirely practical political objective – the consolidation the political class and system in their own country, especially at a critical time of development.

More than 50 percent of Indian nationals rate the level of threat against them from Pakistan as “high”, while 46 percent of Pakistanis have similar feelings about India. By contrast, the number of people who felt no discernible threat from the neighbouring country equalled 13 percent in India and 28 percent in Pakistan.

A prominently held belief among Indians is that only “high-quality rebuilding” of Pakistan’s government (that is, a dismantling of its “aggressive” and “anti-India” ideologies) might improve mutual relations in reality.

The failure of Pakistan’s leaders – both political and military – to modernise society has resulted in a search for compensatory measures to bring about social cohesion in the country. One such measure is a new version of Pakistani identity, which bases upon two premises; Pakistan’s nuclear programme, and the historical hatred of India.

Currently the civil and military establishment of Pakistan predicates its foreign policy calculations on the three principle cornerstones; the geopolitical exhaustion of the USA under the stress of Near- and Middle-East issues, the emergence of China as a formidable geopolitical force in South Asia (China is the largest international trade partner for all the neighbouring countries, including India, Pakistan and Bangladesh), and the covert readiness of the USA to accept China’s “peacemaking” role in South Asia, especially in Pakistani-Indian relations.

Many experts suggest that in proceeding along these lines, Washington hopes to enlist China’s help in its troubled relations with Teheran and Pyongyang. Delhi, however, is known to be categorically opposed to such mediation in bilateral relations – both Chinese and American.

China, of course, is the invisible member of the Pakistani-Indian relationship. By improving its cooperation with Islamabad, Beijing is simultaneously pursuing a number of objectives. Among them are stopping the “stream” of radicalised Muslims, including armed groups, from Pakistan into China’s “troubled” areas, and most particularly into the Xinjiang Uygur Autonomous Region; more effective transportation of energy resources from the Persian Gulf; and hemming in India’s influence in South Asian countries by a network of alliances with both neighbouring and more distant nations in the region (such as Sri Lanka).

Islamabad’s uncompromising policies in relations between Pakistan and India can only benefit from the rivalry between China and India for spheres of influence in South Asia. Indian political commentators note the absence amongst the Pakistani political elite of those who would advocate the active development of foreign economic, scientific, technical and cultural relations between the two neighbouring countries. Alongside this, India has vital interests in preserving the territorial and political integrity of Pakistan. Ethnic conflicts that threaten a possible “balkanisation” of Pakistan are feared in Delhi as having the potential to prompt an uncontrollable surge of refugees to India, heightening the trade in smuggled weaponry and narcotics, bringing chaos to the process of governance in the country and an intense drop in its attraction as a centre for investment.

Along with all of this, Indian political analysts remain convinced that the presence of nuclear arsenals on either side will act as a deterrent for conflict and limit the risk of war between the two countries, even at low levels. According to many estimates, Pakistan at present possesses 90–110 nuclear warheads, while India has between 80 and 100 warhead-bearing nuclear weapons.

It appears that Prime Minister Manmohan Singh and his colleagues base their strategic approach to Pakistan on the basis that Pakistani society will change rapidly with exposure to the systemic and structural crisis. “Deep cracks” in the economic and political system, despite massive aid from overseas (from China, Saudi Arabia and the USA) will eventually cause demand for a severe shift in government direction, and a resulting “strategic swing” in relations with India. India is happy to support these new trends in Pakistan, if required, by a policy of “unilateral gestures”. Discussion here centres on the offer of Mr Singh – which he first mentioned in summer of 2009 – to discuss the issue of “India’s role in the development of the political situation in Baluchistan” with his Pakistani counterparts. However, Pakistan failed to produce any evidence regarding the destructive involvement of the Indian side in the province.

The new approach, however, does not alter India’s three-pronged approach to bilateral relations: the continuation of a high-level war alert and support for “deterrents”, the involvement of Pakistan at all levels of international economic contacts and joint business projects, and Delhi's readiness to welcome a changed position in Islamabad on key issues of the mutual relationship, including the “Kashmir Problem”.

However, the “window of opportunity” for compromise in the relationships between Islamabad and Delhi is not large. Opposition – from the Communists to the Bharatiya Janata Party – perceives Prime Minister Singh’s overtures towards Pakistan as “conciliatory”, motivated by his position regarding the “defended political sovereignty” of the country.