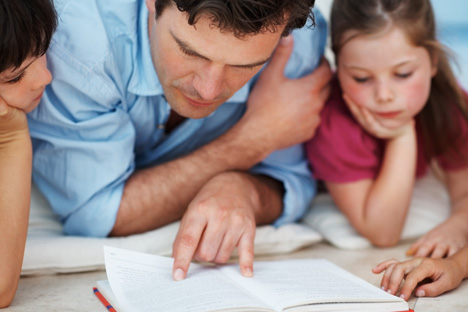 Russia is among the four most challenging countries for expats, along with Saudi Arabia, India and Qatar – but is also among the top five countries for expat incomes, along with Switzerland, Egypt, Singapore and again Saudi Arabia. These latest findings by The Expat Explorer Survey come as the Federal Migration Service reports a greater number of foreign professionals coming to Russia every year, and a 40 percent increase in 2011 alone.

“We didn’t notice any change in the number of qualified candidates coming to Russia since it joined the WTO,” Gleb Lebedev, research director of HeadHunter, one of the biggest recruiting websites in Russia, told The Moscow News. “This event is unlikely to make any difference in the coming year, either. I think foreigners decide to work in Russia for other reasons, such as being in demand here and the standard of living.”

In 2010, HeadHunter saw a 60 percent drop in the number of resumes from non-Russian speaking candidates, or those speaking languages of other former Soviet republics. In 2011 the situation got better, with the number of resumes from non-CIS foreigners rising 11 percent. The biggest year-on-year increase was in 2007, with numbers up 234 percent on 2006.

The website’s statistics show that the native language of the majority of expats looking for jobs on it is English, with other popular languages including German, Turkish, French, Serbian, Arabic, Spanish, Chinese and Moldovan.

“Russia needs… several hundred thousand qualified foreign specialists,” Lebedev said, stressing that he doesn’t mean top managers, but regular professionals: technologists, engineers and mid-level managers. “Mostly they come to us from Eastern Europe, and they are experienced [enough]. European mid-level managers and other professionals coming to Russia get 20 to 30 percent higher salaries than Russian citizens. There is a simple reason for that: it’s difficult to adjust to the new environment, so they need more money and support. In Russia their income is 50 percent higher than what they could get back home.”

Most popular among Russian employers registered on hh.ru are professionals from Eastern and Western Europe (for IT and oil and gas), Africa (metals) and Asia (IT). According to the Labour Ministry, the demand for foreign employees is based on both labour market and demographic trends.

Income tax in Russia is also attractively low, at a flat rate of 13 percent, compared with up to a whopping 56 percent in some European countries and more than 20 percent in the United States.

Higher education or experience is not necessarily required to be classified as a highly qualified employee in Russia, although the rules now do require Russian companies to show that they could not hire a Russian citizen for a particular vacancy before they can hire a foreign specialist. To fall into this category, foreign employees should be paid a minimum salary of 2 million roubles a year ($64,000).

Trends in hiring skilled foreigners have come in waves for Russian companies or Russian offices of foreign companies. For restaurant management firm Rosinter, owner and operator of Il Patio, T.G.I. Friday’s and other major chains, a lack of experience with Western hospitality standards pushed the company to bring in Western managers to develop the brand in the mid ’90s.

“The owner of Rosinter, Rostislav Blanco, came up with the idea of bringing in professionals from different countries for different positions,” Valeria Silina, vice president of corporate communications for Rosinter, told The Moscow News in an e-mail. “From the very beginning, the company created its own training center, which prepared employees for both front-line and managerial positions, and in time produced results.”

Some of these Russian trainees moved up in the company, but between 2002 and 2008, the industry was growing so quickly that it hit a wall, and Rosinter found itself requiring more experienced managers than its training regime could provide. Even now, Silina said, the company needs managers that it can find only in more developed markets.

Today, she said, Rosinter seeks a “healthy mix” between foreigners experienced in the hospitality industry and corporate environments, and native workers with “local experience and knowledge.”

For large foreign corporations with a presence in Moscow, expat managers are more often assigned by their company to a Russian office based on their experience with the companies’ products or brands, rather than with Russia itself, said Luc Jones, a partner at staffing agency Antal Russia.

“Very few of our clients hire foreigners,” he told The Moscow News, adding that most of the candidates Antal deals with are middle to senior management, rather than executives. “About 99 percent of the people they are looking for are Russians, mainly because a lot of the major companies will bring in their own people from outside the country.”

Just because the number of foreign applications for professional positions has grown, that does not mean that companies will hire the candidates or that the applications are specifically for Russia. Jones noted that in the case of British citizens, they tend to be flexible and often apply to various countries to work.

“That said, the market is always growing and there will always be companies here that need their own people, mainly to train their Russian successors and develop the business,” he said. “Those who know the company inside out.”

While the demand for professionals from developed countries increases, the need for unskilled or semi-skilled labour from Russia’s neighbouring countries may be falling. Russian employers requested quotas from the Labour Ministry to allow 410,000 migrants to work here in 2013. The figure is 50,000 down on last year.

One of the main concerns of Russians regarding migrant labour is communication. Many low-paid migrants either don’t speak or understand sufficient Russian, and rarely practice it at home or among friends. Children of migrants in Moscow and St. Petersburg schools now make up as much as 12 percent of students, and they sometimes have difficulty studying in class. However, psychologists insist that these challenges enable kids to assimilate more quickly, and they should in no way be put into specialized language schools.

A new law on testing migrants’ knowledge of the Russian language, Russian history and basic Russian law is to be fully implemented, starting January 2013. The test will only be for workers with low-skilled jobs, such as yard cleaners, drivers or shop assistants. The FMS insists that the tests will not be required from Western professionals or expats.

The law is a part of a federal migration plan for 2012-25 adopted by the government on Aug. 9. The plan’s main goals are to ensure a controlled growth in inward migration of approximately 200,000 people a year, aimed at attracting Russian professionals back to the country from abroad, along with foreign professionals and young people, and to settle more people into Siberia, the Far East and the Far North.

St. Petersburg State University’s centre for language testing began running Russian-language tests in July. “The test is specifically designed for migrants who are going to work [in Russia’s service industry],” centre deputy director Tatyana Nesterova told The Moscow News. “It simulates situations they can encounter in real life: in a shop, bank, talking on the phone.”

The centre accepts 50 candidates daily, and plans to increase the number to 1,000 people a day. The cost of the test is 1,000 roubles, and is usually covered by an employer. Most of the candidates come from Uzbekistan, Tajikistan and Kyrgyzstan, while fewer come from Ukraine and Moldova. To pass the test, migrants need only demonstrate elementary knowledge of the language. The minimum vocabulary required is 700 to 800 words. One question requires people to choose the correct answer to a question for directions, with options including: “Go straight on,” “Beware, the doors are closing” and “The train doesn’t go any farther.”

“Approximately 25 to 30 percent of every 50 people fail the test, which is normal and only proves that the test is valid,” Nesterova said. “Currently, negative results don’t influence someone’s chances of getting a work permit, but positive results can be an advantage with an employer.”

According to the migration service’s statistics, 13 million to 14 million foreigners annually come to Russia, 77 percent of whom are citizens of former Soviet republics, while only 10 percent of visitors are from the European Union.

By this spring, there were officially 9.7 million foreign citizens in Russia, of which 3.5 million did not come for work, while 3.7 million people belong to so-called “risk groups,” because they stay and presumably work in the country without an official work permit. In general, migrant workers make up no more than 7 percent of the country’s working population.