How reliable are rating agencies? 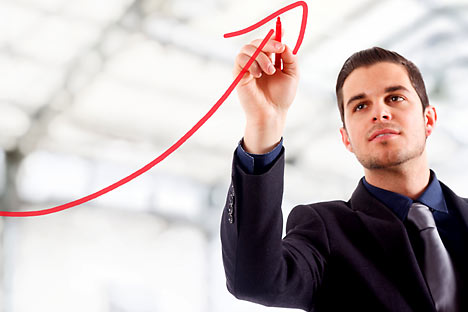 After the latest financial crisis, the world suddenly came to wonder if the major global rating agencies were actually independent businesses. Source: PhotoXPress

Claims that the America-based agencies take the opinions of their home country’s government into account have become commonplace.

After the latest financial crisis, the world suddenly came to wonder if the major global rating agencies (S&P, Moody’s and Fitch) were actually independent businesses. A resounding “no” has increasingly become the standard reply. Claims that the America-based agencies take the opinions of their home country’s government into account have become commonplace. I’m not saying that this is necessarily the case (I can’t possibly know for sure) but I’d be mightily surprised if it wasn’t.

Those corporations wield such clout that releasing them into (or leaving them in) private hands would be as stupid as allowing nuclear warheads to be in personal possession. The so-called “ratings actions” could have an effect comparable to that of weapons of mass destruction. What’s more, this effect could be both economic and political. For example, a sudden upgrade or downgrade of a large company could lead to the explosive growth or collapse of its stock price. That is, its shareholders could make or lose billions of dollars in a matter of minutes. It’s very tempting to “cut a deal” with an agency to ensure than your family doesn’t have to work for generations to come, isn’t it? For the agency’s employees, the idea of getting in on such a deal could be just as tempting. If the agencies were totally independent in their decisions, such cases could become a serious threat to global economic stability. Government control mitigates this problem, even if it doesn’t resolve it entirely.

Serious accusations were first levelled in 2008 primarily at S&P after the collapse of Lehman Brothers, one of the largest bankruptcies in U.S. history. It did look strange indeed. An entire financial empire was disintegrating, but it kept the highest possible AAA rating right up to the official announcement of its bankruptcy. This was perhaps the most spectacular blunder committed by the global agencies. Questions were subsequently raised as to why the United States kept its AAA rating even though it had the world’s largest public debt, or why the ratings of Greece, Portugal, and Spain were only downgraded after they asked for assistance. Russia’s BBB rating is also controversial, as some experts consider it to be unreasonably low.

Let’s assume that all those accusations were not totally baseless. The agency’s position then would indeed contradict the “logic of numbers,” that is, it would conflict with key economic indicators. But it would totally follow the logic that could be called government inspired.

What if S&P had downgraded Lehman Brothers two or three months before it was actually declared bankrupt? The $62 trillion CDS (credit default swap) market would then have collapsed exactly two or three months earlier. Keep in mind that that was the beginning of a global financial crisis. Before that, the crisis was local and limited to America. As a matter of fact, S&P’s procrastination afforded the U.S. Government extra months to prepare for the crash of the financial system. Had the agency reacted to the processes inside Lehman Brothers sooner, the crisis would have been far more painful.

But this would have been a problem mainly for the United States. America could thus be blamed for putting its own interests before the interests of others. The matter of the United States’ credit rating on the other hand is actually of global importance. Let’s assume for a moment that, terrified by the number of zeroes in America’s debt figure, S&P had decided to cut the country’s rating by at least one grade. That is, to announce for the whole world to hear that the U.S. was no longer a stronghold of stability and that even this unsinkable economy was coming under threat. Consequences of such a reckless step would have thrown the world’s development back by decades. Washington’s debt is mainly denominated in U.S. Treasuries (UST), which have maturities of 20–30 years. That is, the Americans won’t have to repay this money any time soon. Moreover, bond prices would fall considerably if the rating was cut.

This would benefit the U.S., which would have to pay its creditors less. The creditors, the biggest of which is China, would then get short-changed. According to official statistics, China holds $900 billion worth of US Treasuries (which is 30 percent of USTs worldwide). And Americans within the U.S.-China Economic and Security Review Commission have even claimed that this number has been understated. China would need more than ten years to get rid of those bonds painlessly, because, if dumped all at once, they would instantly become worthless. This means that China is first and foremost interested in the stability of the U.S. credit rating and of the dollar. Other large UST holders include Western European countries and oil-rich Arab states. A U.S. rating downgrade would hurt the world’s leading economies. S&P’s reluctance to do so is logical and makes perfect sense. Moreover, the agency is actually maintaining a more than correct rating. Leading global players are not interested in an American sovereign default because they are American Treasury holders. This means that, in case of a deep dollar crisis, the entire world would be prepared to rush to its rescue out of sheer self-interest.

Back to the third accusation occasionally levelled at the rating agencies, the one that Russia’s rating is understated. There is reasonable logic behind this too. The problem is that it is only reasonable from the point of view of the economic interests of the United States and Western Europe. Imagine if Russia’s rating was upgraded tomorrow. Amid global financial instability, that would mean that Russia is an island of stability in the sea of economic crisis. This would send a signal to investors that they should keep their money here, because it is only here that it would be safe. Despite all the controversy of such a statement, one thing is certain: Europe and the U.S. are not interested in such a development. This is because it would mean a capital flight from their economies to Russia’s. The rating agencies are therefore actually defending the economic interests of the United States, which is understandable because it is their key market.

The fact that the Big Three rating agencies will inevitably be standing guard over the American economy has generated the idea of creating a similar agency for the BRICS countries. Its outlook has been far from rosy however. The American corporations owe their influence to their reputation and history. They are trusted despite the occasional mistake. For instance, S&P has been in business for more than 150 years, 50 of which it has served as a key bellwether for investors worldwide. Those companies also possess a database that they have been developing for decades and that they rely upon to assign ratings and make forecasts. Emerging markets simply cannot compete yet with those two advantages. It’s also not quite clear what a “BRICS rating agency” even means. BRICS is just an informal grouping of the largest fast-growing economies, and integration among those five countries is out of the question at the moment. In any case, the newly founded agency would belong to one of those countries, and it would defend its interests before the others. This evident fact wouldn’t allow investors to treat such an entity seriously. As a result, it would have no real clout. At least until it proved its worth. And this could take decades.