India should welcome greater Russian participation in its neighbourhood 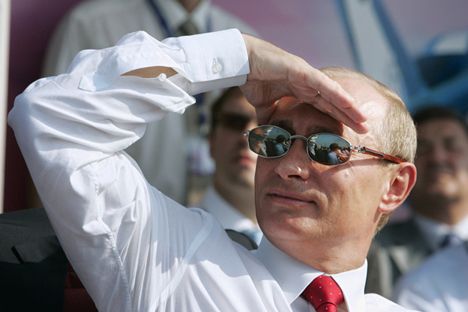 Yesterday’s announcement from Islamabad that Vladimir Putin’s trip to the country stands cancelled was welcomed with glee in certain circles of India’s political establishment. The news also went viral on the blogosphere and social media sites, where Indians claimed some kind of victory in the permanent games of one-upmanship with Pakistanis. Misplaced happiness aside, many of us in India seem to miss the point. Indian interests are so intertwined with Russian ones that a greater role for Moscow in the region only works to New Delhi’s advantage.

A lot of Indian fears about Russia’s warming up to Pakistan had to with a deliberate and mischievous misinformation campaign claiming that a new Russia-China-Pakistan axis was in the works. Such an idea is ludicrous. Moscow does want better relations with Islamabad since stability in the so-called AfPak region is vital to Central Asia, which still remains in Russia’s sphere of influence.

Many Russian diplomats have maintained that the country shouldn’t view Pakistan through “Indian-coloured sunglasses.” These same Indian sunglasses are beginning to see the situation with the neighbouring country in a different light. It has been one of the cornerstones of Manmohan Singh’s foreign policy to pursue better relations with Pakistan. Russian engagement with Islamabad and Rawalpindi (considering the role of the army in the country) would only work in India’s favour.

Vladimir Putin is known for his no-nonsense approach to diplomacy and would most certainly have minced no words when dealing with Pakistan on the question of terror groups like the Lakshar-e-Toiba. Links have emerged between Chechen fighters and the dreaded Pakistani group and Islamabad would have to clamp down on them in order to have a better relationship with Moscow.

Other powerful nations would benefit from perpetual hostilities between India and Pakistan. We’re talking about the country that provided Pakistan with nuclear weapons and technology and another country that has pumped in more than $20 billion in aid, which has largely been diverted for expanding nuclear arsenal.

Then there’s the issue of Afghanistan. Russia and India both need a stable administration in Kabul and this is virtually impossible as long as Pakistan fears encirclement by India, using Afghanistan. Growing opium production in the country (which largely funds the Taliban) is a cancer to India, Pakistan and Russia, since a big chunk of the drugs makes its way to consumers in these three countries.

Russia is basically not interested in propping up one country against another and getting involved in useless political games. It is a country that is focused on business hence a primary interest in Pakistan is the gas pipeline from Iran. Moscow is also trying to douse the Western-lit fires in the Middle East since all this mindless violence and destruction will only aggravate a global economic crisis.

This interest of economic and political stability in the Middle East, Central and South Asia is the glue that binds Russia and India together. As rapidly emerging economies lumped together oddly in the ‘BRICS’ category, the 2 countries look for a global order conducive to economic growth and overall development.

Russia has also been talking about a “return” to South Asia. Such a return should include involvement in the smaller countries in the region as well. Countries such as Bangladesh and Sri Lanka have nothing but an economic upside. India’s interests would also be served with greater Russian involvement in these countries, as there is virtually no fear of Moscow “choking” India with a so-called string of pearls. Smaller South Asian economies would benefit from Russian engagement and New Delhi could rest assured that there isn’t a foreign presence that is directly or indirectly working against its interests. This is a win-win situation for all of South Asia.