Interpreters to Soviet and Russian leaders share their experiences 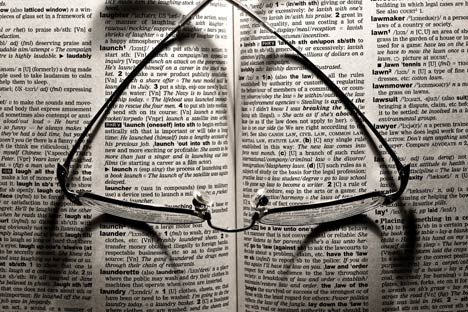 Today, interpreters have a hard time with nearly all of the state officials themselves. Many leaders often believe or insist that they know a foreign language, when, in fact, this is really not the case. Source: Lori / Legion Media

Former interpreters for Soviet and Russian leaders returned to the Kremlin ahead of International Translation Day celebrations.

Posing in front of the “History in Translation” photo exhibition– which depicted the interpreters accompanying various heads of state – they shared the highlights of their careers with obvious enjoyment.

The Difficulties of Translation

During the course of a round table, Andrei Tsybenko, the latest interpreter to work with Vladimir Putin and Dmitry Medvedev, recalled the most difficult episode of his career: the time he had to translate Putin’s reply to the question about the fate of the Kursk submarine. Putin famously answered: “It sank.”

In the CNN studio where the interview took place, Tsybenko had been sitting in a separate room and had not been provided with headphones in time. The abrupt phrase was the first one that came through when Tsybenko finally received his headphones, so the interpreter could only guess the context of the question.

Tsybenko gave some tips to those who want to embark upon the career path of an interpreter. According to him, the main thing is to study and try to know as much as possible, because one never knows when a piece of information may come in handy.

“At the Moscow State Linguistic University, we studied the history of the Kremlin. Later, when we showed VIP guests around the Kremlin, there were inevitably some uncomfortable silences. Well, I filled the pauses by telling them about the Kremlin and commented on fresco paintings to give them an idea of the place where they were.”

Viktor Sukhodrev, the legendary interpreter to Nikita Khrushchev and Leonid Brezhnev, shared his opinions about the qualities an interpreter should possess. He said the most important thing is to “translate accurately and competently.” To do so, one must have an excellent command of one’s native language, a handle on stage fright and the ability to make split-second decisions.

Sukhodrev became the first laureate of the national “Interpreter of the Year” award that was established by the Russian Translation Company.

The award was presented on Sept. 26, at the Moscow Kremlin Presidential Regiment’s Club. The award “For Lifetime Achievement in Enhancing the Prestige of the Translator’s Profession” in the shape of the Russian letter П – the first letter of the Russian word for “translator” – was made from gilded metal and crystal-glass and presented to the awardee by Teimuraz Ramishvili, Director of the Russian Foreign Ministry’s Language Services Department.

Sukhodrev shared his memories of a poignant episode in the Soviet leader’s life:

“By 1979, Brezhnev could only read his prepared speeches from notes. During his meeting with U.S. President Carter, Brezhnev was expected to answer several questions. I had to thrust the necessary sheet of paper in his hand, but the sequence of questions was not known in advance. One question was supposed to elicit either an extended or a short answer, depending on how Carter would phrase it. He chose the short version, so I crossed out the long version of the answer and gave the sheet to Leonid Brezhnev.  Brezhnev looked at it and asked, ‘I don’t have to read the rest, do I?’ I said, ‘No, you don’t.’ Frankly, I felt a bit embarrassed.”

Sukhodrev does not blame Brezhnev, but says instead that he “pitied the ailing leader.” Before Brezhnev became ill, Sukhodrev recalls, he admired his ability to discuss any issue competently.

Sukhodrev also shared his opinion of some other Soviet leaders. He described Aleksei Kosygin as the “most intellectual and knowledgeable” member of the top leadership. He said his personal rapport with Khrushchev was excellent, “in spite of all his obnoxious qualities.”

Incidentally, Khrushchev was the most difficult of all leaders for whom to interpret. He would read only the beginning of his scripted speech and then put it aside and ad lib, sprinkling his speech with proverbs and vernacular phrases that are particularly difficult to translate.

Another subject discussed during the round table was the way in which interpreting work now differs from the job in Soviet times. In Sukhodrev’s opinion, the job was more taxing before, because foreign trips lasted longer. For instance, Khrushchev’s visit to the United States lasted 13 days. For the interpreter, this meant putting in several hours of simultaneous interpreting a day, which was incredibly exhausting.

Today, interpreters have a hard time with nearly all of the state officials themselves. Many leaders often believe or insist that they know a foreign language, when, in fact, this is really not the case.

International Translation Day was marked on Sept. 30, when some of the best Russian interpreters gathered in Kazan for the 4th Translation Forum in Russia. Nearly 500 representatives from the translation industry were in attendance.