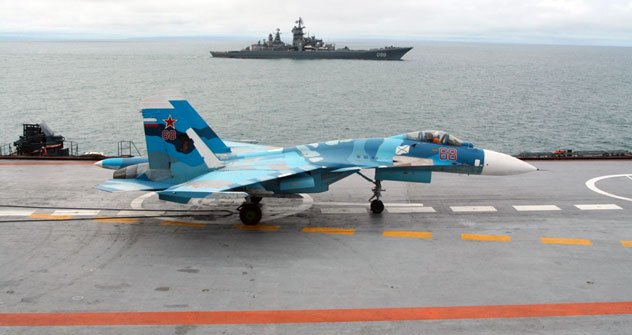 India and Russia must work together to expand the scope of defence production. Source: ITAR-TASS

India and Russia must work together to expand the scope of defence production or fall behind in the arms race in which Western coteries have a head start.

The Indian Air Force (IAF) will never quite forget the Star Sapphire radar system. The radars were supplied by the US to be used against Communist China following the 1962 war, but there was a rider – it would not be deployed on the western border. At any rate with the US slapping sanctions after the 1965 war with Pakistan, spare parts and support became scarce and Star Sapphire became useless.

The IAF was understandably wary when in 2005 Lockheed offered it the F-16 fighter. Former air chief marshal A.Y. Tipnis was among those who asked the air force to explore all options before flying the Falcon. Tipnis, who was IAF chief during the Kargil War, pointed out that reliability of support when the chips are down outweighs any other consideration.

Of course, the world has changed dramatically since then, and going by the patriarch Bhishma’s counsel during the Mahabharata war that there are no permanent friends or enemies, India has gone on a buying binge in America’s arms supermarket.

US Assistant Secretary for the Bureau of Political-Military Affairs Andrew Shapiro said in a June 2012 news conference that over the 2002-12 decade America’s arms sales to India propelled from "nearly zero" to around $8 billion. In July, Ashton Carter, US Deputy Secretary of Defence, said at a Confederation of Indian Industry: “We want to be India's highest-quality and most trusted long-term supplier of technology.”

The America option – and its limitations

There’s the rub. Despite their newfound mutual infatuation, India and the United States do not trust each other where it matters most – in the gut. While India’s military brass is mindful of America’s propensity for weapons sanctions during conflict situations, Washington is paranoid about its latest technology being leaked to Russia via India. (This American paranoia was evident last week when the FBI arrested a businessman for exporting something as innocuous as computer chips to Russia.) As Carter admitted, there are “bureaucratic barriers” in the India-US defence relationship.

Because of this trust deficit, both countries have never really got a partnership programme off the ground. India, therefore, sees the US as a source of high technology weapons systems, and the shareholder-driven American defence industry has swatted off India-baiters – such as Rick Santorum – in the US Congress to clear the way for big-ticket military sales.

Buying arms from the United States has other spinoffs – it keeps Corporate America engaged with India, creates goodwill among American lawmakers, and it reduces US arms sales to Pakistan to a trickle. India thus acquires some amount of leverage in Washington.

On the other hand, with Russia the relationship is more strategic rather than mercantile in nature, and it extends across the entire spectrum of defence requirements, including space. The thickest action is on the seas where a Russian Akula II class nuclear attack submarine (renamed Chakra II) is transforming India’s sea doctrine. Russian expertise is helping build India’s first nuclear powered submarine Arihant, stealth frigates and of course the carrier INS Vikramaditya.

In the air there is joint development of a multirole transport aircraft and the FGFA. In space the two countries are working on Chandrayaan II, India’s second moon mission, the Glonass navigation system, and cryogenic engines.

The sweep is broad but because of the strategic nature of these projects, they are layered in secrecy. In fact, it was only when the Indian Prime Minister publicly acknowledged Russian help in developing the Arihant that Moscow’s involvement came to light. Former Russian ambassador to India, Vyacheslav Trubnikov, says Russia provided “some degree of assistance” in developing the Arihant’s naval propulsion reactor despite Russia being bound by an international treaty which prohibits technology transfer in this area. 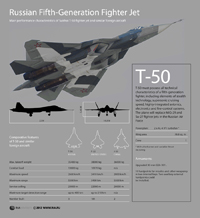 Trubnikov, who is currently a member of the Institute of World Economy & International Relations of the Russian Academy of Sciences, notes a key change in India’s defence procurement strategy. In an interview to the Centre for the Analysis of Strategies and Technologies (CAST), a Moscow-based independent defence and foreign policy think-tank, he says Russia’s tried and tested principle – of supplying ‘cheap and best’ weapons – which India has always liked is now shifting towards greater quality, as India can afford to pay higher prices.

Clearly, the dynamics have changed. “Where once this link was one between a powerful supplier and a recipient with little leverage, the Indian side can now dictate much better terms or simply move on to other suppliers,” says defence analyst Rod Thornton, in a study for the New Delhi-based Institute for Defence Studies and Analysis.

Going it alone vs. going with Russia

Currently, the thinking in New Delhi is to achieve complete indigenisation of defence production. But this will take time and that’s something India does not have because the security situation in its neighbourhood is getting trickier – China’s arms industry is exploding, Pakistan is ramping up nuclear weapons production and the US military is pivoting to the Asia-Pacific.

“The pressure to be an independent producer of a range of weapons systems—both low-tech and high-tech—has to be balanced by the pressure to field such systems quickly,” says the IDSA paper. “The need is still there to take the shortcut and to procure from abroad. The obvious choice here would be the traditional supplier, Russia.”

Now designing weapons from scratch to final assembly is a hugely expensive enterprise. Even in Western countries possessing a broad defence industrial base, large defence contractors have clubbed together both with domestic competitors and foreign firms to work synergistically on projects to reduce overall development costs.

But, as Thornton points out, India and Russia stand outside the principal areas of defence cooperation that exist in Europe and the United States. “It is difficult for them to join certain ‘clubs’ of international defence contractors. Therefore, it does make sense for them to come together to set in train their own mutually advantageous projects.”

Why fix what isn’t broken?

It is a route that has been successful in the past. In the 1950s India was forced to look for an air defence fighter after the United States supplied Pakistan with the F-104 Starfighter. The quest for a supersonic interceptor uncannily resembles the MMRCA dogfight, with the IAF focusing on aircraft from the US (Starfighter), Soviet Union (MiG-21), France (Mirage III) and Britain (Lightning).

Then, as now, India’s choices were limited by several factors – the Americans refused to allow licence production; the IAF rejected the Lightning; and the French wanted hard currency. Moscow, however, was prepared for licenced production of the MiG-21 on extremely generous terms – 10 year credit line and payment in rupees.

Like the selection of the Rafale, the MiG-21 too was a political decision; it wasn’t the IAF’s first choice. Now here’s where the mandarins on South Block were proved right – more than 50 years later, the MiG-21s are still flying (in the Cope India exercises they performed superbly against US Air Force F-16s) while the Lightning, Mirage and Starfighter (nicknamed the Widowmaker for its alarming accident rate) were consigned to museums or airplane graveyards many years or decades ago.

Over the following four decades, India bought billions of dollars worth of weapons on easy rupee credit terms from Moscow. In 1991, when Russia fell on hard times after the dissolution of the Soviet Union, New Delhi helped out its old friend by negotiating its debt on terms favourable to Russia – unlike several former allies who weaseled out of their debts. It was the least India could do for a country that prevented a joint US-British encirclement of India in the 1971 Bangladesh war.

It is, therefore, surprising that the two countries have had a series of spats lately over defence matters. The reason, says Trubnikov is because Russia has not been able to come to terms with India’s new relationship with America. And indeed there are legions of Russians who believe India has gone over to the American side, leaving Russia to fight its battles with the West.

However, he says India is not really led by any political motives in its dealings with Russia and the United States. “India has a purely pragmatic approach,” says the former envoy. “It wants to receive the very best weaponry at the lowest possible price.”

Indeed, Russia has only itself to blame for India looking elsewhere. Before the Indian contracts for the Lockheed C-130J Hercules transports and the Boeing P-8I Poseidon patrol aircraft, the Soviet Union and Russia had a lock on that market.

So what went wrong? India started looking West, Trubnikov says, because Russia itself was “preoccupied with establishing closer relations with the West”.

Like all great ideas, the India-Russia relationship is elegantly simple. India needs Russian assistance to develop truly state of the art systems. Russia, in turn, benefits from India’s deep pockets, helping it modernise its own military and stay in the high-octane hardware hunt.

“India is Russia’s only genuine strategic partner,” says Trubnikov. The reason is that the two countries don’t have any game-changing foreign policy differences. “We have never had any conflicts; neither do we have a common border. And the main principles of our two countries’ foreign policy are either identical or very close.”

IDSA’s Thornton agrees: “Russia does not see India as a strategic rival and has faith in the country’s willingness to keep to agreements and not, as Moscow claims the Chinese have done, to illegally make use of Russian intellectual property.”

There is another unexpected regional benefit. China is extremely wary of America’s intentions in the Pacific and sees the India-US relationship as integral to the Pentagon’s plans to encircle it. However, India’s defence ties with Russia don’t alarm China as Beijing has a settled and transparent relationship with Moscow.

All relationships experience strains. Even the so-called Special Relationship between the US and Britain has gone through the wringer many times. Britain was once a superpower but it quietly yielded its place to America as a new era ticked over.

Similarly, Russia is no longer the big brother doling out arms and aid to poor cousin India. The new India is being wooed by virtually every country on the planet. As equal partners, New Delhi and Moscow will have to learn how to manage their relationship.

As the scope of joint defence development grows, the two sides will encounter a myriad of problems but none of it has to be a deal breaker. As the defence brass arrive in New Delhi for the 12th meeting of the India-Russia Inter-Governmental Commission on Military Technical Cooperation on October 10, they might do well to keep that in mind.