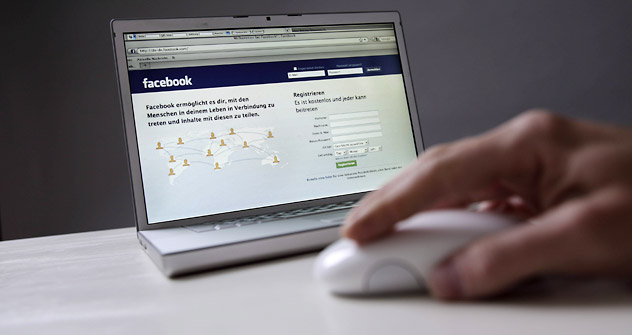 Silicon Valley’s quest for global domination is being challenged by a bunch of plucky startups from the BRICS.

The sultans of the Silicon Valley may dominate the world of social networking and search engines but it's a different story in the BRICS. A check on Alexa.com – which ranks websites based on the number of visitors – reveals that in China and Russia local portals such as Baidu, Yandex and VK have slam dunked the likes of Facebook and Google.

In Chinese cyberspace, so overwhelming is their domination that local websites occupy 13 of the top 15 places. In Russia, Yandex notches up a 60.5 percent marketshare in search engine usage.

Those are the leaders but there are the laggards as well. Brazil isn't doing too badly with a handful of well-entrenched brands. South Africa is a late entrant in the game so the jury is still out. The problem country is India, which does not have a single entry in the top 10 – a shockingly below-par performance by a country with almost fabled IT prowess. It is clear the legions of Indian engineers are instrumental in the success of the American IT companies, leaving India to dominate the unglamorous backend operations.

Based on Alexa data, here's how the BRICS are trending.

TOP sites in China. Click to enlarge the image

Mandarin language search engine Baidu.com leads the Chinese onslaught. Created in the year 2000, Baidu is a multifaceted site offering search, including a Wikipedia knockoff, multimedia content, including MP3 music and movies, internet browser, a Q&A forum and instant messaging. It is a behemoth cornering over 80 percent of the Chinese market, while Google is a bottom feeder with a paltry 11 percent.

The Chinese domination is helped no doubt by massive state censorship but in the long run it only helps China as the likes of Baidu and Tencent QQ.com, an instant messaging company with 771 million users, have become incubators of IT excellence. China is a world leader in IT hardware but is known as being rather soft in software.

In the Chinese cyber slugfest, the Silicon Valley brigade is suffering a severe malfunction. With Google getting the squeeze from Beijing, it has a much diminished presence at No. 12, and only Google Hong Kong (No. 5) salvages some American pride.

TOP sites in Russia. Click to enlarge the image

When Mark Zuckerberg doffs his hoodie and dons a suit before meeting Russian Prime Minister Dimitry Medvedev, then it is clear the founder of Facebook is up to something.

Yes you guessed right, he craves marketshare in Russia. However, Pavel Durov is determined to keep Zuckerberg out. His VK (earlier V Kontakte meaning ‘In Touch’), which describes itself as “the largest European social network” with more than 150 million active users, has managed to hold off Facebook and thrive. It is the second most visited website in Russia. Among its advantages over Facebook is that VK allows user to instantly edit their photographs online.

Again, in Russia and the CIS region it is Yandex not Google that is a household name. Not only does this locally-owned company dominate the Russian search market, Yandex also has its fingers in most of Google’s other core businesses, from image search and shopping to social networking and cloud services. Now, says Digital Trends, Yandex is applying more pressure on Google, announcing its own web browser, its Android app store, and a new deal with Apple to supply mapping data.

Russian brands take the top three places while Google.com, Google.ru and YouTube settle for the next three spots.

Score: 7 Russian websites in the top 15.

Brazil: Hanging in There

TOP sites in Brazil. Click to enlarge the image

Brazilians are highly sociable people but perhaps they spend too much time on the beach. For, only that explains the absence of a Brazil owned social networking site. And it seems when they’ve had their fill of sun, sand and samba, the Brazilians are spending whatever little time they have left on Facebook.

For, that alone explains why Facebook takes the top spot among all websites in the country. It is followed by Google.br, Google.com and YouTube. However, local internet service provider Universo Online or UOL comes in at No. 5. UOL is the leader in Latin America and the homepage portal is the biggest in the Portuguese speaking world.

Also in the top 15 is internet service provider and news portal Globo.com, which is one of the largest companies in the region.

Score: 5 Brazilian websites in the top 15.

TOP sites in India. Click to enlarge the image

India is clearly an outlier in the world of websites. Indians seem to be born prewired with IT skills – according to Google cofounder Sergei Brin, it was Delhi-born Rajeev Motwani who mentored him to start a search engine; the founder of Sun Microsystems, Vinod Khosla, and Hotmail, Sabeer Bhatia, are Indians; so is Vinod Dham, the “Father of the Pentium”. There’s Amit Singhal, who rewrote, runs and finetunes Google’s search engine, and is known as one of the smartest persons in IT.

And yet there is not one Indian-owned company among India’s top 10 websites, with only Indiatimes at No.11 coming close. There's also mail and news portal Rediff at No. 13 and online bookstore Flipkart (from where I have bought many hard to get books at very low cost) at No.14.

Do India’s best IT brains prefer working for America instead of incubating start-ups at home? Or do they leave because of the difficulties – corruption, power cuts – that come with running a business in India?

Whatever the reason, the score is India 3, America 12.

TOP sites in South Africa. Click to enlarge the image

The country is hardly an IT tiger but it hangs in there with three websites in the top 15. While the usual suspects take the top four spots, at No.5 is Bidorbuy.co.za which calls itself “Africa's largest online marketplace”. It even had an Indian arm, which was sold to Baazee. There are only two other names in the top 15 – First National Bank of South Africa at No.12 and Standard Bank of South Africa, No.14.

The presence of banks in the list suggests South Africa has an underdeveloped IT culture with not enough portals. Clearly, it has a long way to go. But with three out of 15, it isn’t worse off than India. Mandela’s men – and women – are best placed to sweep across booming Africa.

Despite India’s lack of support to the team, the BRICS have managed to keep off the relentless onslaught from Silicon Valley. As their economies develop and their university systems develop further, more startups will come from these countries. Russia’s Skolkovo and Silicon Valley’s TiE founded by software billionaire Kanwal Rekhi have seeded hundreds of startups in Russia and India, and positive results are likely to be visible in a few short years. Plus, China is poised to overhaul the United States as the biggest publisher of scientific papers. There is every reason to expect tomorrow’s Google and Facebook will be from one of the BRICS.