Bout's lawyer doesn't give up 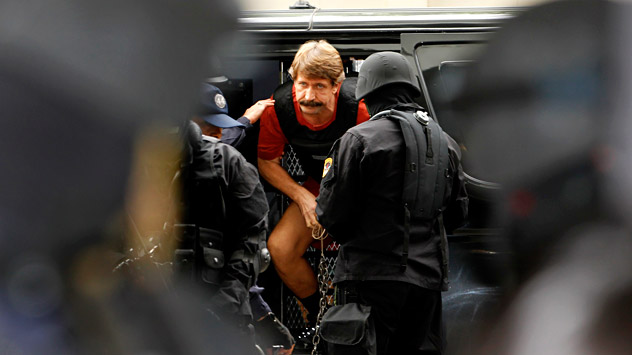 Bout’s defense challenges lawfulness of his extradition from Thailand.

Albert Dayan, legal counsel to Viktor Bout, has stated that the defense team will seek to have the case dismissed, as a result of a new appeal against the Russian businessman’s unlawful extradition from Thailand.

“We have plenty of evidence that representatives of American federal agencies used pressure, intimidation, and bribery against the Thai officials who took the decision to extradite Bout to the United States, and, on the basis of these new facts, the case should be returned to Judge Scheindlin and dismissed,” Dayan told the Russian news agency RIA.

The attorney claims that high-placed officials of the presidential administration of Thailand, the Prosecutor General’s office, the courts, the police, the Ministry of Foreign Affairs and the royal court were implicated in the illegal extradition of the Russian national. He added, without naming names, that “at least five to eight people” from the U.S. were involved in breaching the standards of justice. 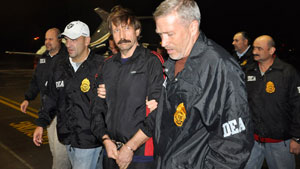 “We are going to seek Bout’s case dismissal due to newly discovered evidence, and hope that Judge Scheindlin will schedule a hearing. Previously, we possessed no direct evidence of bribes and intimidation by Americans, who coerced the Thai authorities to extradite the Russian to New York,” said Dayan.

Last year, Judge Scheindlin rejected the first appeal on Bout’s illegal extradition in a New York federal district court, saying that she was not in a position to evaluate other countries’ laws. This time, the attorney plans to cite violations of American laws by American citizens.

Bout’s defense team is ready to conduct an investigation in Thailand, in order to make an official presentation of the evidence to the American court and call for the appeal to be heard at a later date; however, the defense needs support from the Russian government

“We are ready to leave for Bangkok. It is a major challenge to collect and process the evidence, which can’t be completed without support from the Russian government. Viktor Bout has run out of money,” said Dayan.

In mid-October, the attorney visited his client in prison in Marion, Illinois and, subsequently, disclosed that Bout could no longer finance his defense.

Vzglyad previously reported that, on Sept. 20, Alexander Lukashevich of the Russian Foreign Ministry stated that Moscow would seek the return of Bout and Yaroshenko to Russia. “We are still looking forward to a response from the American side; unfortunately, there has been no response this far,” Lukashevich said. He added that the Russian diplomatic services were in contact with the two convicts and were providing them with assistance and support.

Previously, during the APEC summit in Vladivostok, Russian Foreign Minister Sergey Lavrov said that Russia intended to get Bout and Yaroshenko home from the United States.

In April 2012, Bout was sentenced to 25 years in prison and was fined $15 million for plotting to sell weapons to the radical Revolutionary Armed Forces of Colombia. Bout agreed for the U.S. Department of Justice to extradite him to Russia under the Council of Europe’s Convention on Extradition of 1983. On Aug. 23, Russia used diplomatic channels to send to the United States a package of documents required for extradition of Viktor Bout.

Moscow called the decision of the American court “unwarranted” and “politically motivated.” The Foreign Ministry promised to get the Russian national back home, adding that the issue would top the agenda for talks with Washington.