The Voice of Russia
Sergei Duz 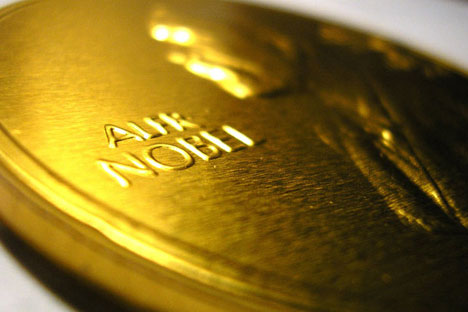 The European Union has won the Nobel Peace Prize for 2012. Source: Flickr.com/jonte

The Nobel committee should withdraw this year’s Peace Prize because the EU does not meet the requisites envisaged by Alfred Nobel in his will.

The European Union has won the Nobel Peace Prize for 2012. During the announcement, the Norwegian Noble Committee pointed to the “historical role played by the EU in uniting Europe”. “The union and its forerunners have for over six decades contributed to the advancement of peace and reconciliation, democracy and human rights in Europe,” head of the committee that chooses the laureate and Secretary General of the Council of Europe, Thorbjorn Jagland said.

According to the Secretary of the Council of Europe, the EU has restored Europe after the Second World War and brought stability to the former communist states after the fall of the Berlin Wall in 1989. He is supported by German MP, deputy head of the CDU/CSU faction Andreas Shokenhof.

Many experts disagree with such a presentation of the issue. The will of Alfred Nobel says that one fifth of the interest from his capital shall be awarded to the person who shall have done the most or the best work for fraternity between nations, the abolition or reduction of standing armies and for the holding and promotion of peace congresses. Proceeding from this formulation, the Nobel committee should rather withdraw the Peace Prize because the EU does not meet these demands.

The Voice of Russia studied the opinion of its many listeners and readers. The general feeling of many Europeans is perplexity and shame. Leaving the emotions aside, one has to admit that there have been no large-scale wars in Europe in the past 60 years. But regional conflicts have rocked and continue to rock Europe. Some of them are in a frozen state but some others may reach their boiling point shortly. In any case, there is no smell of peace in Europe. In these circumstances, it’s ridiculous and blasphemy to award the Nobel Peace prize to Europe. President of the Institute of Advanced Studies in Geopolitics, editor-in-chief of the Italian magazine Geopolitica, Tiberio Graziani has expressed his bewilderment.

“The European Union has been described as a “Continent of Peace”, but this is not true. We could understand this starting from the developments in Libya when the EU members, France and Britain demonstrated that Europe has nothing to do with the “Continent of Peace”. This reminds me the Nobel Prize awarded to U.S. president Barack Obama. As we see during his presidential mandate there has been little peace. On the contrary, during his presidency the U.S. has been engaged directly or indirectly in military actions. All this is amazing, of course. A political system that tries to promote itself in media is behind all these moves,” Tiberio Graziani said.

There is another important aspect. It was precisely expressed by head of the Russian parliament’s foreign affairs committee Alexei Pushkov. He suggested that if the prize was awarded to Julian Assange it would have been a powerful signal in favour of freedom of speech. What is it, the Abstract European Union? Any great personality is better than an organisation. He is supported by head of Russia’s Helsinki Group Lyudmila Alekseeva, who has no antipathy towards Europe. In fact, she asks a quite reasonable question. How to take a photo of the EU as a peace prize winner? How to present the prize to the EU? The Nobel Prize is little more than one million U.S. dollars and when it is divided among about 500 million residents of the EU, five people will get one cent.