Russia as a business gateway to Kazakhstan, Belarus and Ukraine 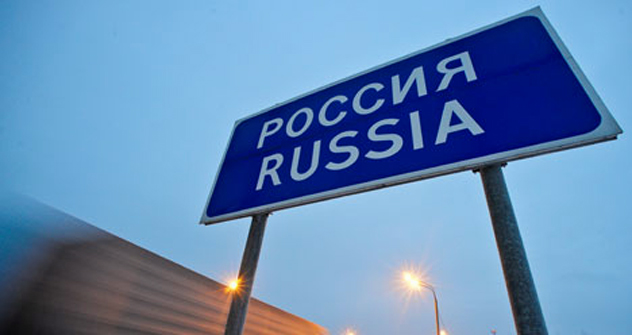 Russia as a business gateway to Kazakhstan, Belarus and Ukraine. Source: ITAR-TASS

Russia remains the main entry point for foreign investors eyeing other post-Soviet markets, which continue to offer many lucrative opportunities.

Twenty years ago, Kazakhstan, Ukraine and Belarus became independent. Except Belarus, all these countries like Russia have adapted their economic systems to capitalist rules. All of them joined the world economy with great potential. A few months ago Russia joined the WTO and a new free trade area was created between Russia, Kazakhstan and Belarus. So, how is business going in the region? What current opportunities are there for foreign companies?

For two decades Russia, Kazakhstan and Ukraine have been liberalising their economies. Ukraine and Russia have already joined the WTO (World Trade Organization). For Kazakhstan and Belarus, access negotiations are ongoing but the process of integrating the region with the wider world economy also involves a regional customs union.

A new free trade area between Russia, Kazakhstan and Belarus was launched in July 2010. On December 19, 2012, that union’s first official summit will take place in Russia. The union implies that the free movement of people, goods and capital will be established and that member states’ deficits will be limited to 3 percent of the GDP. Tariff barriers have already been removed between the three countries. The free trade area is a reminder of the European Union’s early steps and should make it easier to do business in the region. Anton Eropkin, representative of the Russian Union of Industrialists and Entrepreneurs, stated during a conference, organised on October 16 by the French-Russian Chamber of Trade and Industry in Moscow that this free trade area opens up interesting possibilities for local businesses. Indeed with such a union, firms have the opportunity to trade in three economic markets at the same time, that is to say a combined market of about 165 million consumers, according to Anna Sysoeva, from Russian’s Ministry of Economic Development.

These markets are growing considerably. In 1990, as Andrei Kushnirenko, representative of the CIS executive committee explained during the October 16th conference, each of the countries had a similar GDP; but in 2011, there was noticeably strong development in Kazakhstan which has become the second economic player in the CIS (Commonwealth of Independent States), after Russia, followed by Ukraine and Belarus. Each of these countries has specific economic assets but also defects which make growth a challenge given current market conditions.

In the opinion of some specialists, Russia presents a highly attractive market for foreign companies. Russian assets are market size, skilled manpower, low cost of energy, low levels of competition in niche markets and its recent WTO accession although the business climate is still hampered by heavy and complicated bureaucracy. According to a representative of the French company Alstom, Russia is the only country in the region to have both “money and brains.”

Kazakhstan also boasts strong assets to entice investors like natural resources, low inflation, good market indicators and undeniable political stability, embodied in the Kazakh President, Nursultan Nazarbayev. The market has grown increasingly fast over the past 7-8 years. In 2007, the country went through a deep banking crisis, which it managed to overcome quite quickly and remains an attractive country for business.

Several French firms have set up in Kazakhstan, particularly in the energy sector, Air Liquide, Areva, GDF-Suez and Total to name but four. On October 16, a representative of the Lactalis declared, with a smile: “Even if it is not Switzerland, Kazakhstan is a haven of peace for investments”.

With 46 million inhabitants, Ukraine presents strong economic demand and quite a promising market along with skilled manpower. But, even though the country is the third regional economic player, its market indicators are still low. The current Ukrainian GDP is still below that of 1989 or 2008 (before the crisis). As researcher Arnaud Dubien explained during the French-Russian conference, the country presents a peculiar political path within the CIS but the Timoshenko case and the risk of political instability could work against the Ukrainian economy.

Belarus, with 10 million people, is the fourth economic player in the region. In 2011, the country went through a crisis linked to hyperinflation and to the devaluation of its national currency but the banking sector withstood the crisis well. The country remains quite closed with the economy tightly controlled by the state. But proximity to the EU, socio-political stability and beneficial tax rates for foreign companies all make Belarus an interesting place for investors.

Russia remains the gateway to other post-soviet states, which are indisputably places of growth and opportunity for foreign investors, particularly since they are now, far more than ever, intertwined with the global economy through the WTO and regional economic union.