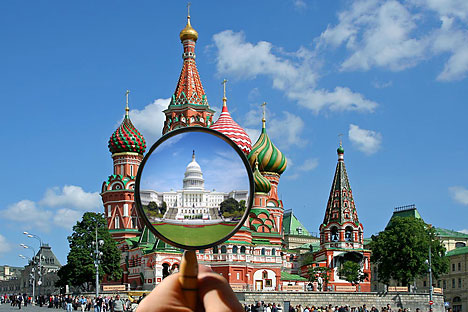 In September, the Russian Government launched a programme to simplify the return of Russians to their historical homeland. Source: Press Photo

The Russian Government has launched a programme to simplify the return of Russians to their historical homeland.

Russia is expanding ties with compatriots abroad. In addition to cultural cooperation, the Russian community abroad will be provided with legal support and new opportunities to return to their historical homeland.

The disintegration of the Soviet Union turned catastrophic for Europe’s most populous nation. The rights of Russians living in newly formed republics were often violated. Given the fact that such a situation exists, Russia is compelled to provide support for its compatriots abroad.

Mikhail Remizov, President of the National Strategy Institute, comments: “All Russians living in other countries should be provided with an opportunity to retain Russian citizenship and return to Russia. The great Russian nation was divided following the collapse of the Soviet Union. Russia believes that this problem should be resolved through pursuing peaceful resettlement policy and rendering support for the Russian Diaspora abroad.”

In September, the Russian Government launched a programme to simplify the return of Russians to their historical homeland. Entrepreneurs, agrarians and students top the list of those eligible to obtain Russian citizenship on easy terms. Next on the list are researchers, cultural figures and artistes.

Compatriot support foundations are currently working in many countries, Alexander Safronov of the Russian Foreign Ministry’s Compatriots Department, says: “The Russian Federal Agency for Compatriots Living Abroad and the Russkiy Mir Foundation have been working effectively enough. The Foundation for the Protection of the Rights of Compatriots Living Abroad was established in January 2012 to oversee the position of Russian speakers and the status of the Russian language. This, however, doesn’t preclude assistance in case of specific cases of violations of the rights of Russian compatriots.”

Russian diplomats believe that more and more Russians will be willing to return to their historical homeland every year. The Russian Regional Development Ministry forecasts an influx of up to 50,000 a year.