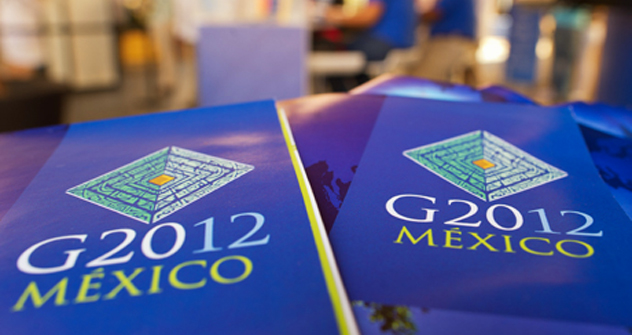 One of the most important ways to modernize the G20 is to institutionalize the organization. Source: EPA

The G20 has played a distinctly positive role in preventing widespread panic and a global economic collapse.

For centuries, leading liberal thinkers have been calling for a world government to increase global order and security. Yet no such system exists, and most of the institutions that have been set up for that purpose have grown weaker over the past two decades.

The inherent contradiction between globalisation and an increasingly multipolar world has created a vacuum of governance that grows larger as outdated global institutions grow weaker. The United Nations has long been considered useful for establishing a dialogue among countries, but it is largely useless for resolving the world's most pressing problems. The UN Security Council is losing legitimacy as states increasingly ignore its rulings, while others liberally interpret its resolutions; last year's military intervention in Libya was a case in point. In addition, the International Monetary Fund, which was founded about the same time as the UN, is of only limited value as it attempts to adjust to current conditions.

Even the newer institutions are losing force. The Group of Seven, formed in the 1970s by the world's leading countries in response to the energy and economic crises of the time, played a positive role in coordinating global economic policies. But the influence of the organisation began to decline in the late 1990s — coincidentally, about the same time Russia joined the organisation in 1997. The G8 turned into a series of PR events devoid of any real substance.

Then in the 2000s, rising economic powers Brazil, Russia, India and China formed BRIC, which later became BRICS with the addition of South Africa. That organisation continues to develop, despite negative predictions made by Western analysts who didn't want it to succeed.

Much more hope is vested in the G20 as a body capable of filling the global-governance vacuum. This organisation includes 19 countries, not all of which are the world's mightiest economically, plus the European Union. Established in the late 1990s, the G20 was transformed into more of a summit for heads of state after the economic crisis hit in 2008. As a result, it played a distinctly positive role in preventing widespread panic and a global economic collapse. The fact that leaders of countries with more than 80 percent of the world's gross domestic product came together and consulted with each other helped calm market jitters during the height of the global slowdown. The G20 has also created several mechanisms that facilitate monitoring and thus regulation of financial markets.

With Moscow slated to host summits for BRICS, the G8 and the G20 in 2013 and 2014, the future of these leading organisations designed to fill the global-governance vacuum takes on added importance for Russia. At the very least, these summits will help strengthen Russia's international reputation. But beyond that, they can help Moscow fill, at least in part, the global leadership vacuum.

In early September, Russia hosted the APEC summit in Vladivostok. The summit itself was organised and conducted professionally, but little was offered in terms of integrating the Far East more into leading Asian economies.

It would probably make sense for global leaders to focus on the most pressing regional issues — for example, the Greater Middle East, which threatens to further destabilize the world. They also need to reach a mutual understanding and coordinated policy on the situation in Afghanistan following the inevitable withdrawal of most or all of the NATO troops.

Of course, it would be inappropriate to discuss these issues without China and India, the new, rising global powers. They should be granted full-fledged participation in such talks and invited to join the G8.

Meanwhile, a large vacuum in global governance is forming in Asia. Although the most dangerous vacuum is in the Middle East, the one surrounding China is deepening and is no less urgent. China's growing might is alarming its neighbours, while Beijing would like to flex its new muscle by expanding its security buffer zones. That, in turn, has only exacerbated regional fears among China's neighbours and led to a dozen small territorial disputes in the last several years over islands and reefs on China's perimeter.

It will take a great deal of effort to develop the G20 and keep it relevant as a leading institution for global governance. This could be accomplished by extending its mandate to include the shortage of fresh water, an issue that has been called the most contentious economic and political problem of the near future. As a country with some of the largest freshwater resources in the world, Russia could take the lead in developing an international strategy to address the problem. In the process, Russia might finally begin using its own water resources more efficiently before they are frittered away.

One of the most important ways to modernize the G20 is to institutionalize the organization. A permanent secretariat and bureaucracy should be created to replace the current cumbersome and inefficient management structure. The global economy is sliding into chaos and requires a systematic form of management that serves the interests of all nations. Otherwise, the global order may collapse without a single war or, at the very least, be seriously derailed in its development.

Sergei Karaganov is the chairman of the Council on Foreign and Defense Policy. This comment appeared in Vedomosti.