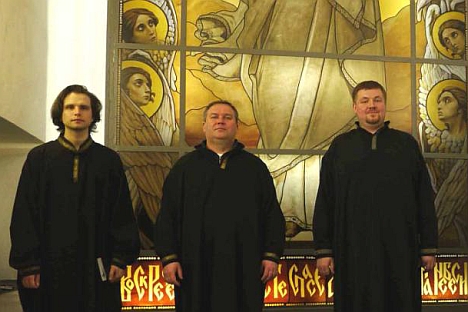 In Peter and Paul Catherdal we listened to one of the leading St. Petersburg male choirs. Source: Mathew G. Crisci

The day started at the final resting place of a number of the Russian tsars, Peter and Paul Cathedral. While I had been there before, I continued to be struck by its physical and artistic enormity.

The edifice dwarfs St. Patrick's Cathedral on Fifth Avenue in New York. The artistic interior is painstakingly elaborate and grand, yet so inviting that it makes many of the world's great places of worship look like pauper‟s quarters.

After staring up, down and around, we learned one of the leading St. Petersburg male choirs would be performing in a side chapel. It turned out to be a moving moment, and the chapel wasn't too shabby either. The four men sang the Our Father in Russian.

I guess one of the things I saw more clearly the second time was the strong belief in God and religion that has been sustained in Russia regardless of maundering invaders, Tsars, Bolsheviks and Communists. 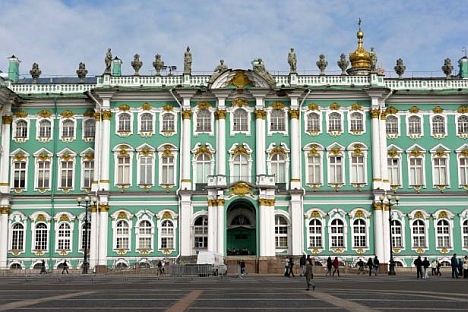 Next stop was the Hermitage, arguably one of the greatest art museums in the world, and, certainly one of the largest. Since reams have been written over the centuries by people far more literate and cultured than I, suffice to say a few pictures are worth a thousand words. The facade itself is perhaps ¾ of a mile long, so no close up of a visitor could ever do full justice to what the eyes see.

Those collections sit in elegant surroundings that enhance the artistic offerings. In fact, the colors are even designed to fit the mood of the subject matter.

But, one of the most surprising facts about the Hermitage is that is houses perhaps the greatest collection of French impressionist art in the world. If these works were to exhibited at 42 the Metropolitan Museum of Art in New York —unlikely in my lifetime, but that's another story—the visitor's line would circle the block for days on end.

There are simply no words to describe all the Gauguin's, Van Gogh's, Moet's, Renoir's, Cezanne's and Matisse's. What follows is a tiny sampling: some masterpieces by Matisse, a personal favorite.

But here is the deal: these one-of-a-kind masterpieces reside on the third floor, which was once servants' quarters. I couldn't decide what was tackier: the overhead neon lights, the low acoustic tile ceilings, the drab white walls, the mundane way they are displayed, the plain crummy floors, or the workmanlike door frames and entrances.

If I didn't know better, I‟d say somebody asked film director Woody Allen to make the ultimate anti-design statement. Why Woody Allen? I couldn‟t think of a more ridiculous alternative.

Maria, Queen of the Forced March 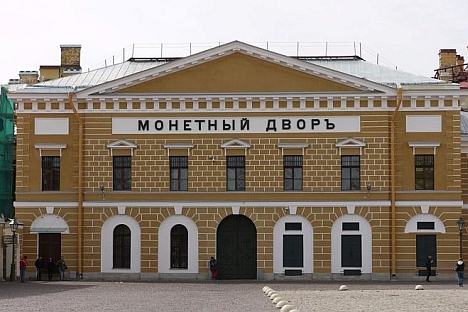 After a little lunch at the Hermitage, the relentlessly energetic Maria was ready for our next stop—the Peter & Paul Fortress. I decided then and there was she was one person I would never want to follow on a forced march. “I think it is important to understand the Fortress. It gives you a perspective about Russian determination. We will not let others invade. Ever.” (And, she meant it!).

About 10 minutes later she was explaining in great detail, why prospective invaders over the past few centuries realized the bitter weather, the Russian's indomitable will and the isolated location of the fortress made it virtually impossible to overtake this great city. (I also realized, the next generation of Americans and Russians better figure out a way to peacefully co-exist, because if these two great powers collided, the world would be one hell of a mess).

A Night at the Symphony 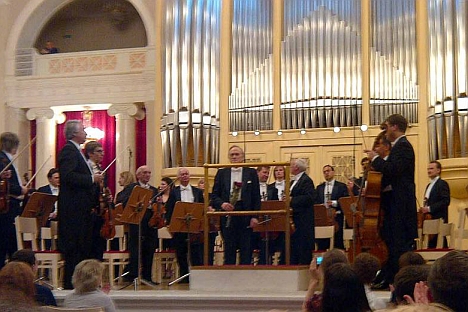 As we headed back to the hotel, discussion turned to the evening activity. Fortunately for me, the Brits were classical music aficionados. They had already found the world famous St. Petersburg Symphony was in performance that evening with Tchaikovsky's Symphony #4. The accommodating staff at our hotel rounded up five tickets in a flash—at about half the price of comparable seats at the New York Philharmonic. The group wanted to sit together, I said it didn't matter. They watched and listened from in the 16th row of the orchestra, while I sat in the 4th!

Needless to say, the performance was flawless. But, like the rest of the trip, I had a few personal observations, some obvious, some less so.

The performance hall was pleasant but certainly not overly pretentious. The acoustics were flawless. People were knowledgeable without being pseudo-intellectual—they simply enjoyed every note, every movement. They dressed respectfully—no trendy casual anything, but also no black ties.

I was also struck by was the fact that 50% of the audience was easily under 30. And, daddy or mommy didn't make them go, they genuinely enjoyed being in attendance. That symphony was living proof Russians have and will continue to take their musical heritage seriously. They love the classics, and they fully expect the next great symphonies will be created and composed by their own.

Despite all of the above, the unimaginable occurred. Early in the performance, one of the violinists in the rear began to play the wrong movement! The orchestra froze, the audience gasped, the conductor glared, and the man fumbled a few pieces of sheet music, then nodded.

The performance continued. I'm guessing in the old Soviet Union he would have been flown to Lake Baikal and placed in front of a firing squad.

The Symphony ended about 10 PM, and the evening sun had not yet set. During the summer peak, it remains light about 20 hours a day, hence the term “White Nights.”

But, the bright sky was not the last surprise of the evening. David suggested we stop for a bite. Using the group's now familiar multi-benefit analysis, we performed a dizzying series of visual inspections, explored restaurant menus, etc. David et al selected a hip techno bar that featured an endless array of vodka's and small plate nibbles (they don't use the word tapas).

They decided to order the bar‟s “self-proclaimed” famous cheese garlic bread on baguettes. We had a vodka while we waited, then another, and another. By the time the bread arrived we were feeling no pain. It was the perfect end to a “smashing” evening.